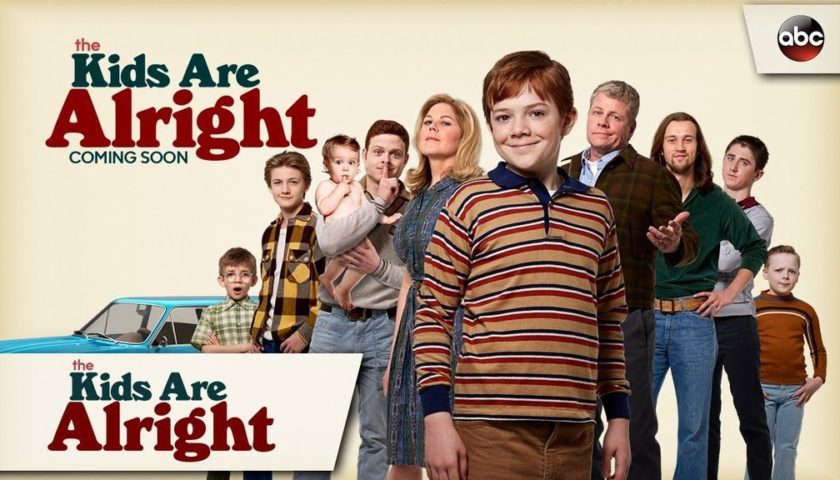 Review: This smart comedy about a lesbian couple, their children, and the sperm donor who fathered them, is a warm, witty study of the postmodern family, writes Peter Bradshaw… Unlike the grownups – who, frankly, are a bit of a mess. Lisa Cholodenko’s sparkling picture is an easygoing comedy of emotional difficulty, a witty portrait of postmodern family life in which script, casting, direction and location all just float together without any apparent effort at all.

Annette Bening and Julianne Moore play Nic and Jules, a cultured LA gay couple – a little absurd, perhaps, but with absurdities to be laughed with, rather than at. Back in the 90s, Nic and Jules got artificial insemination to create a family, and each is now referred to by the ambiguous collective noun “moms” by their children, now 18 and 15. Super-bright daughter Joni, played by Mia Wasikowska, is named after Nic’s heroine Joni Mitchell: the Who are not actually mentioned. Then there is the hiply named Laser, played by Josh Hutcherson, who’s more into sports than school-work. Their family home is happy, although Joni has an unrealised friend-crush on a boy and Laser’s best friend is a bad influence. Without her parents realising it, however, Joni’s impending departure for college has caused a looming crisis: Laser has got it into his head to wonder who his biological sperm-donor father is, and persuades Joni to contact him before she goes, being of a legal age to do so. And so Paul, played by Mark Ruffalo, enters the story.

Now, the obvious storyline would of course be for this father to be Glenn Beck: a shrieking right-winger who is horrified by the ménage his sperm has created, yet progressively softened by their heartwarming reality, and so the reactionary meanie finally sees that gays aren’t evil and maybe those smug liberals get to find out something similar about heartland Republicans.

But no. With subtlety and style, Cholodenko and her co-writer Stuart Blumberg have done something far more subversive: created their donor-father as someone almost eerily perfect for Nic and Jules’s family. Paul is a laid-back Californian guy, the proprietor of a fashionable restaurant called WYSIWYG, a title which may or may or not be ironic. Computer historians will recognise it as the now obsolete acronym for the resemblance between screen-display and print-out: What You See Is What You Get. Paul sources his food from his very own organic kitchen-garden and rides a motorbike. Initially stunned by Joni going behind their backs, Nic and Jules are mollified, a little, by Paul’s dreamily amiable style, his obvious charm and interest in the children. He seems like a test-tube-ideal bio-dad, but worryingly unattached and perhaps at a stage in his life when he is looking to settle down. His appearance in their lives is more disruptive than Glenn Beck could ever be.

It is Ruffalo’s best performance since his tremendously promising appearance in Kenneth Lonergan’s You Can Count On Me a decade ago in a similar role: lovable, immature, unreliable, exasperating. This could almost be the same character 10 years on: I kept expecting to see Laura Linney show up, playing his sister. Ruffalo shows the placidity with which Paul has been content with his life until now: a single guy in a state somewhere between satisfaction and stupefaction, professionally successful and in an undemanding sexual relationship with his beautiful restaurant manager Tanya (Yaya DaCosta). But he is stunned at the intensity of the feelings these bright young people have for him, and at the complex awe felt by their mothers: Jules sees the children in his face.

Ruffalo regresses and becomes more infantilised; he is made fractionally more anxious and needy by his new family and the unanswered question of what it all means for his future. Bening and Moore show how Nic and Jules find that unattractive stereotypes, formerly dormant within them, are rising to the surface: Nic is the uptight breadwinner, reliant on red wine; Jules is the unsatisfied homemaker, peevishly insistent on her supposed artistic and creative potential.

Weirdly, the recent movie this resembles most is Nancy Meyers’s goofy escapist comedy It’s Complicated, minus Meyers’s insouciant insistence on everyone being extremely rich – although Cholodenko’s characters are certainly well-off – and with an awful lot more realism and sophistication.

The Kids Are All Right shrewdly foregrounds and isolates the choices made in creating a family: choices which are usually unexamined. Couples generally get together, get pregnant, maybe stay together, or not: things happen too gradually to be noticeable. But the story of this ready-made bio-step-family is constructed in such a way that things happen suddenly and the choices are thrown into vivid, pin-sharp relief. Ruffalo’s Paul himself starts to appear less sympathetic and less comic, and his interest in the family more parasitic, more that of an insidiously groovy emotional vampire. But at the same time, he shows himself poignantly, even tragically unprepared for the burdens of fatherhood thrust upon him. He can never go back to what he was before, and yet being absorbed into this family isn’t easy. It is the hardest possible juggling act for director and performers alike: and yet Cholodenko and her cast carry it off with sensitivity, wit and warmth.