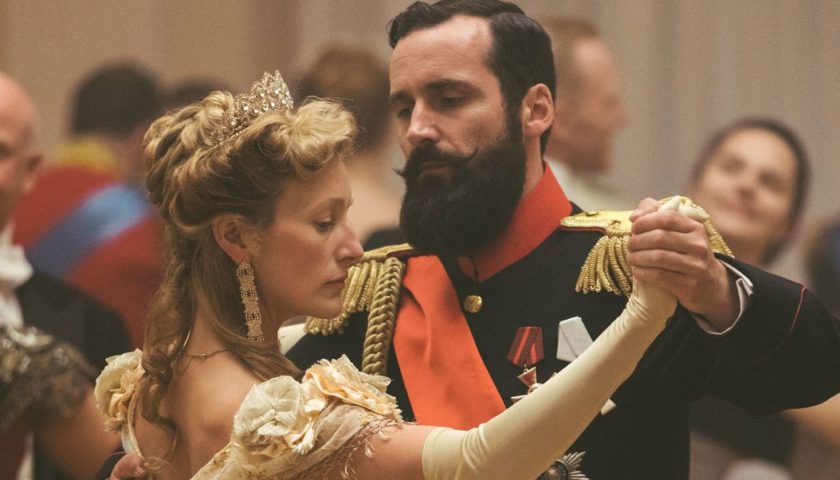 When you try to do too many things at once, you end up doing nothing particularly well.

This advice usually applies to overachieving high school students, but it works just as well for docudrama series. Without a bold artistic vision, the blending of narrative TV and documentary filmmaking is doomed to fail. Netflix’s new series, The Last Czars, is a prime example.

The six-episode series tells the story of the fall of the Romanovs and outbreak of the Russian revolution. The combination of live-action narrative and documentary elements amounts to little more than talking heads offering simple facts about the doomed royals, spliced together with scenes reaching soap opera levels of melodrama. The acting is disjointed, jumping around without concern for episodic arcs or character motivations. If you’ve skimmed the required reading in a history class, you already know most of what happens here. When the show does offer a perspective, it is entirely too sympathetic to the royals, often glossing over the suffering of the Russian citizens, as well as revolutionary thinkers who led to Communist revolt.

The low point of the lackluster pilot—a clumsy and unnecessary sex scene—perfectly demonstrates the limitations of The Last Czars.  The scene pops up about 12 minutes into the first episode, as Nicky (Robert Jack) and Alix (Susanna Herbert) celebrate their wedding night. At this point, viewers have learned little about the royal couple, and this scene fails to move the story forward at all. In a proper documentary, of course, there would be no sex scene. And in a narrative show, we would expect the scene to be earned.

From there, the series follows a familiar path for Romanov stories, framing the narrative with scenes of an orphaned Anastasia and casting the royals in a nostalgic glow. As with most Romanov hagiographies, Rasputin is the most dynamic figure. Romanov apologists love to paint Czar Nicholas’ mystical advisor as the grand villain responsible for their fall and present the royals as naive, innocent bystanders. As the “Black Monk,” Ben Cartwright delivers the series’ most interesting performance by far, but the storytelling medium prevents him from properly fleshing out a character as complicated as Rasputin.

The Last Czars is also historically inaccurate. The writers take details that even amateurs know to be tall tales and present them as facts. The show passes off Rasputin’s rumored religious practices as truth; a tryst between the so-called holy man and a farmer’s daughter that couldn’t possibly be in the historical record receives several minutes of screen time in the pilot.

Blaming the fall of the Romanovs on Rasputin is an easy choice that oversimplifies the geopolitical realities of the time, and it makes sense for such a shallow retelling of this story. But even the most charitable views of the Romanovs can’t escape the reality that Nicholas and his court were hopelessly out of touch with their country and their moment. One gets the sense that if rumors of an orphaned Anastasia hadn’t captured the popular imagination, Nicholas would be remembered as cruel, foolish, and inept, as the Austrian Hapsburgs or the French court of Louis XIV are often dramatized. That story requires a much more nuanced view of the subject matter to tell, and The Lasts Czars doesn’t even try.

Before the age of prestige drama comes to a close, it’s safe to assume that the Romanovs, Rasputin, and the major players of the Russian revolution will become the subject of some glossy, high-budget limited series. (And no, Amazon Prime’s The Romanoffs doesn’t count.) You can continue to wait patiently for that show, because The Last Czars isn’t it.