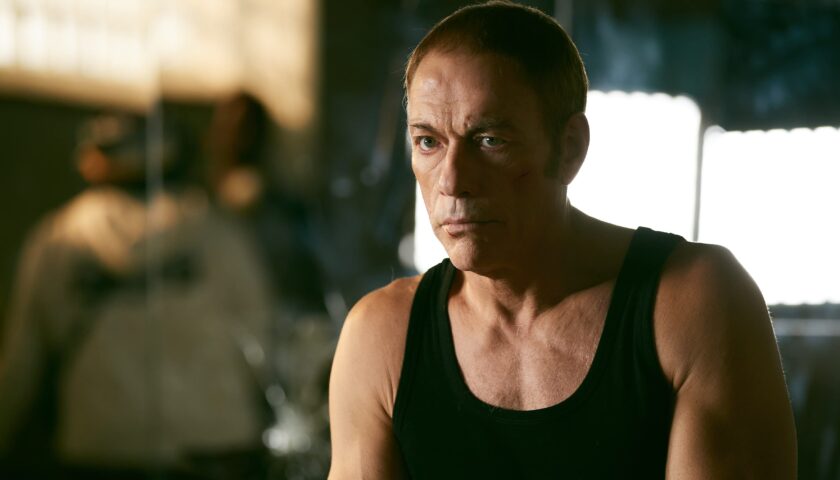 Everybody’s favorite high-kicking, Belgian action hero, Jean-Claude Van Damme, is back in “The Last Mercenary.” The team behind the throwback action flick was on-hand (virtually) to debut an exclusive sneak peek from the Netflix movie at San Diego Comic-Con.

The new scene was introduced by Van Damme and the film’s writer-director David Charhon at Comic-Con at Home Saturday afternoon.

The clip begins with a hooded man bound to a chair in a dingy room. What the incoming soldiers don’t see, however, is Richard (Van Damme), posed in his signature splits on the ceiling. He leaps down and disarms them with unsurprising ease and frees the prisoner. Richard ends up having to wheel the clumsy prisoner out of the building on a gurney before leaping out of a window to complete the rescue mission — only after punching out some more soldiers for good measure though.

Richard, a former secret service agent (Van Damme) must return to his native France when his estranged son (Samir Decazza) is falsely accused of arms dealing and drug trafficking by the government after getting mixed up with the wrong guys. Ass-kicking ensues.

Van Damme expressed his excitement about the project when it was first announced last summer. He also shouted out French New Wave actor Jean-Paul Belmondo as a major source of inspiration for his own performance.

“I’ve always been a fan of Jean-Paul Belmondo and I hope to take up the torch of action comedy in my own way. David Charhon’s script brings all these elements together in a very successful way – a beautiful story with emotion, a lot of action and a lot of humor.” he said in a statement. “I’m also very happy to work alongside a new generation of talent such as Alban Ivanov, Assa Sylla and Samir Decazza, but also to be reunited on-screen with the creme de la creme of French actors, such as Patrick Timsit, Eric Judor, Miou-Miou and Valérie Kaprisky.”

“The Last Mercenary” premieres on Netflix on July 30