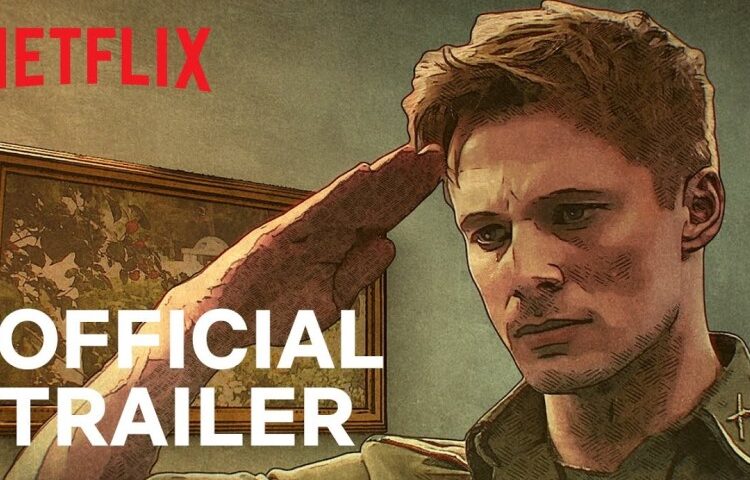 War drama is a genre that has always got its audience and generally has a seperate fan base. Netflix too is bringing out its original war drama web television series which has been titled The Liberator. While Netflix is done taking conventional approach to the tried and tested genre and is looking to bring a new technology with The Liberator. The show is going to be an animation with the new technology named Trioscope. It has been adapted from the book The Liberator: One World War II Soldier’s 500-Day Odyssey by Alex Kershaw.

The 4 part miniseries will follow a group of American soldiers lead by a young captain who himself has had a near death experience. But he still returns to the battlefield to be with his comrades and to support them till last. The story is a dramatic retelling of real life events that happened in World War II.

Against the war with Germans, the American army is used almost all their armory, seeing the victory in their hands, the Germans decide to retaliate with more forces, the American commander announces that “Now’s not the time to leave. Now’s the time for some hard fighting.” The series is filled with gut wrenching emotions, violence, and bravery.

The Liberator is the first project produced in Trioscope, a new enhanced hybrid animation technology that combines state-of-the-art CGI with live-action performance. It allows creators to tell a visually compelling story with rich detail in a way that conveys the human emotion and drama of the serious subject matter.

Created, written and executive produced by Stuart, The Liberator is based on Kershaw’s book The Liberator: One World War II Soldier’s 500-Day Odyssey. It tells the riveting true story of the bloodiest and most dramatic march to victory of the Second World War: the battlefield odyssey of maverick U.S. Army officer Felix Sparks (James) and his infantry unit as they fought for over 500 days to liberate Europe.

The combat drama will follow Sparks and the 157th Infantry Regiment from Oklahoma, a National Guard unit composed primarily of cowboys, Native Americans and Mexican-Americans from the invasion of Italy to the liberation of the Dachau concentration camp.

James’ Felix Sparks is a cowboy from Arizona. He is the leader of 157th Field Infantry Regiment E Company, a disparate group of Westerners who went on to become one of the most decorated combat units of World War II. A man of strength, compassion and conscience, Sparks was stubborn and defiant to superiors who put themselves and their careers over their men. During the course of over 500 days of combat, which saw Sparks rise from Second Lieutenant to Lt. Colonel—and the men under his command grow to over 10,000 — he continued to “lead from the front,” sharing their sacrifices and challenges.

Grzegorz Jonkajtys developed the Trioscope technology together with School of Humans’ L.C. Crowley. Jonkajtys also will direct all four episodes.

British actor James is known for playing the titular role in Netflix’s Medici franchise; for his starring role as Arthur in the Merlin TV series; and for the title role in A&E’s Damien, a sequel to The Omen. His other TV credits include iZombie, Homeland and Bounty Hunters. He’s repped by UTA, UK’s United Agents and Luber Roklin Entertainment.