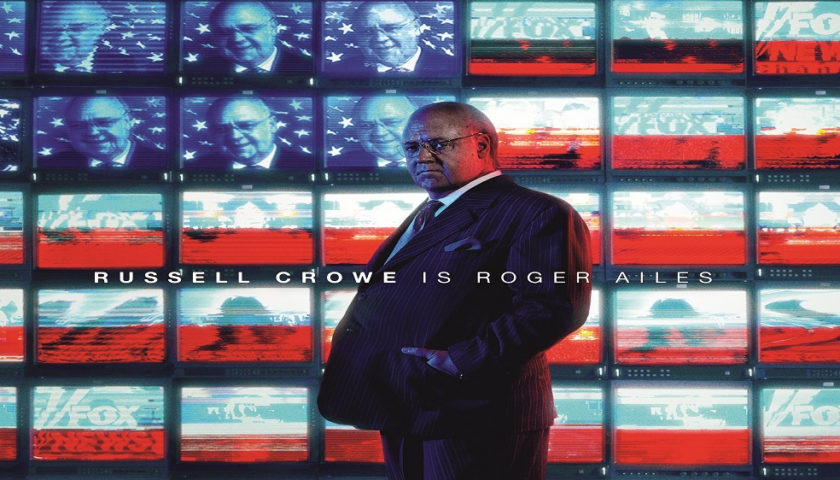 Review: There’s a fascinating but depressing miniseries I’ve been watching about a toxic disaster that happened a few decades ago, which fouled the heartland of a continent and continues to quietly poison anyone who goes near it. Those along a chain of command, who might have stepped in to prevent it, were both intimidated by its scope and already accustomed to distorted truth and micromanaged messages. Fixing it was impossible, so they finally just put a big concrete lid on it and hoped for the best.

It’s Showtime’s “The Loudest Voice” (premiering Sunday, June 30), an engrossing but flawed seven-part drama based on “The Loudest Voice in the Room,” journalist Gabriel Sherman’s dishy and damning 2014 biography of the late Roger Ailes, the manipulative former network producer and political operative who was hired by media baron Rupert Murdoch to build what became the notorious Fox News Channel.

Viewers of any political stripe will already know that Ailes sculpted his “fair and balanced” network into a highly addictive and relentlessly conservative juggernaut, profoundly affecting election cycles, civic debate and the national firmament. To many, “The Loudest Voice” will be like tuning in for a review session on the end of the world. Ailes’s defining triumph is made to seem remarkably easy in this telling: It was there for the taking. All he had to do was break every guiding principle of contemporary media.

Encased in a specially made fat suit that only partly achieves its intended effect (one hears an echo of Fat Bastard from the Austin Powers movies, growling “Get in mah belly”), Russell Crowe stars as Ailes, who we meet near the end of 1995 as he digs into a plate of syrupy diner pancakes just before getting the boot from CNBC.

The waitress brings Ailes his check and wishes him “Happy Holidays” instead of “Merry Christmas,” unknowingly stoking the seething rage he has carried since childhood. From that slight irk, a fuse is now irrevocably lit. In omniscient narration, Ailes already anticipates how his enemies perceive him: “Right wing. Paranoid. Fat. And I’m not going to argue with them. I am conservative. I do like to eat. And I believe in the power of television — giving the people what they want. Even if they don’t know they want it.”

The first episode (co-written by “Spotlight’s” Tom McCarthy) capitalizes on Ailes’s rueful and lifelong bitterness, as well as his failure as a decent human being, which “The Loudest Voice” suggests is the only explanation for why he was who he was. Ailes goes to News Corp. to work for his new friend Murdoch (Simon McBurney), and immediately undermines the company’s plans for a tabloidy yet politically benign network.

Ailes has another plan: counterprogramming to the forgotten American conservative. It’s a sneer at the liberal tech-topians who just launched an interactive network called MSNBC. Ailes designs a news network that will tout its balance by appealing to simplified patriotism. He sees belligerent commentary; leggy blondes; jingoistic fealty to the flag. He fumes and foments repeatedly through the creation of his baby, handpicking his producers and stars and quickly eliminating his foes.

The three episodes made available for this review are disappointingly flat and hurried — packed with shockingly repulsive behavior but lacking meaningful sweep.

The drama quickly sails through Fox News’s launch in 1996; then leaps ahead to the 9/11 terrorist attacks and Ailes’s behind-the-scenes role in pushing the White House’s goal of war with Iraq; then leaps again to the 2008 election of Barack Obama. Along the way we meet Ailes the enraged boss; Ailes the unethical newsman; Ailes the sexual predator (“The Loudest Voice” updates Sherman’s reporting to include accounts of harassment and abuse that came out after Ailes left Fox in 2016 and died a year later); Ailes the gaslighting spouse (Sienna Miller plays his wife, Elizabeth, who acquires his nastiness, presumably by osmosis); Ailes the paranoid patriot (fortifying himself with safe rooms and high-security measures); Ailes the master manipulator — able to disrupt his buddy Rupert’s marriage to his third wife, Wendi, when he suspects her of possibly liking the Obamas.

Crowe plays them all with the same sour note, saving his breath for the peaks (Ailes’s bellicose tirades) and coming up short in quieter moments that, given all the dramatic license being taken, could lend the story some effective shading. At the same time, Ailes’s ceaseless vulgarity and gluttonous addiction to power are certainly and horrifically watchable. Resurrected in this corpulent display, Crowe might transform Ailes into the bad guy of the summer; he certainly spent as much time in a makeup chair as your average villain in a superhero blockbuster.

“The Loudest Voice” feels as though it has come way too late or much too soon. As a piece of current contextual storytelling, it struggles to provide the thematic platform that would make it more than a stylized Wikipedia entry. As a hit job, it comes on too strong, given that its subject is dead and gone. Ailes would be delighted that his network is still functioning pretty much as he devised it.

An artful, longer view is still possible, if the other four episodes can slow down, stop rushing through recent political headlines and work harder to tease out a fuller story — one that isn’t necessarily centered on Fat Bastard, but also the world he made.