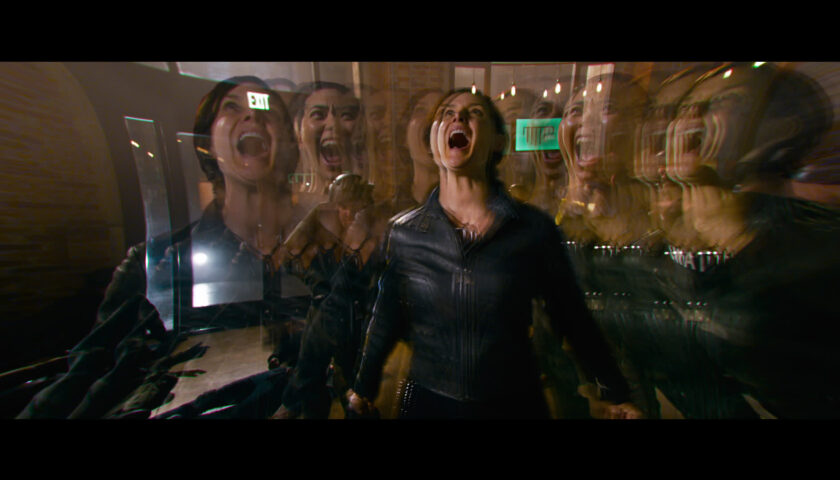 The Matrix Resurrections is a sci-fi action film that is the fourth installment in The Matrix franchise. The latest installment comes eighteen years after The Matrix Reloaded and The Matrix Revolutions, and will explain how Neo (Keanu Reeves) and Trinity (Carrie-Anne Moss) are still alive.

The Matrix Resurrections is a continuation of the story established in the first Matrix film (1999). It reunites Keanu Reeves and Carrie-Anne Moss as cinematic icons Neo and Trinity in an expansion of their story that ventures back into the Matrix and even deeper down the rabbit hole.

Sequels, by their nature, are a remix of what’s come before: a new iteration of characters we’ve already met and a story we already know. In the latest trailer for “The Matrix Resurrections” — the sequel to the first “Matrix” trilogy that concluded 18 years ago with “The Matrix Revolutions” — it’s clear that director Lana Wachowski and her collaborators are going to get meta with what a sequel is.

The trailer opens by quoting Trinity (Carrie-Anne Moss) from 1999’s “The Matrix” — “A deja vu is usually a glitch in the Matrix. It happens when they change something” — followed by a series of split-screen images that overlay, often with eerie precision, the previous “Matrix” movies with scenes from “Resurrections.” On one level, the comparisons are basic movie marketing, assuring viewers that this new movie will give them a version of what they’ve seen before. But there also appears to be a deeper point to the promo, a suggestion that “Resurrections” is not just going to revisit the previous “Matrix” movies, but fundamentally change them — possibly subvert them altogether.

At the end of “The Matrix Revolutions,” Keanu Reeves’ Neo sacrifices his life to save humanity and reboot the Matrix — we even see the machines carrying away his lifeless body. In “Resurrections,” Neo appears to have been, well, resurrected, and placed back inside the Matrix. How and why this happened remain mysteries, but there are even more tantalizing questions to ask, like …

Arguably the most provocative image in the new trailer is moment when Agent Smith (Hugo Weaving) — the villain of the first trilogy — is matched with a shot of Yahya Abdul-Mateen II wearing the same nondescript suit and tell-tale earpiece. We know Abdul-Mateen is playing a new version of Morpheus, the role originated by Laurence Fishburne, so our assumption would be that this Morpheus is also a good guy. But this image would seem to suggest otherwise.

Similarly, Jonathan Groff would appear to be the new version of Agent Smith, who is destined to battle with Neo inside the Matrix. There are several images in this trailer and the previous trailer that indicate as much. But then there’s this split-screen, in which Neo’s experience in the first “Matrix” movie of having his mouth sealed shut is matched with the same moment for Groff’s character.

One of the most memorable shots of “The Matrix” is of Neo putting on a pair of black sunglasses while looking outrageously cool — so memorable, in fact, that it was repeated a few times in “Reloaded” and “Revolutions.” In the “Resurrections” trailer, however, those shots are literally split to reveal Trinity putting on a pair of sunglasses instead. Perhaps one of the things that has “changed” with this new movie is the identity of its messianic hero.