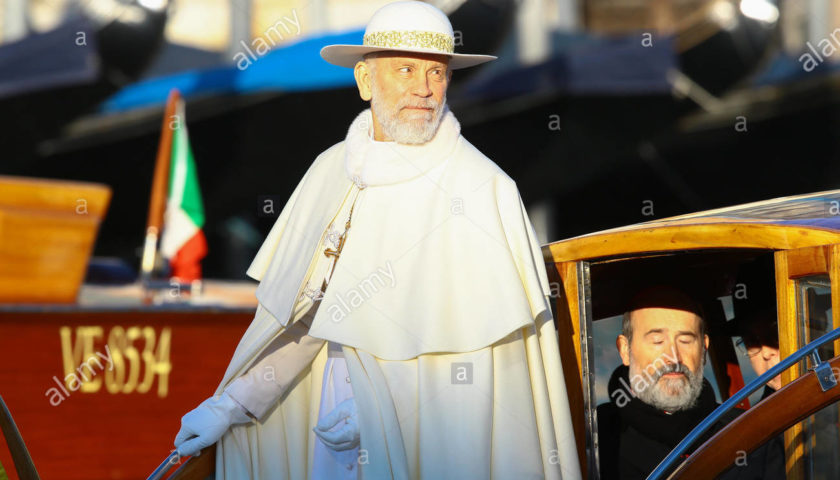 Review:A first-look image of Paolo Sorrentino’s TV series “The New Pope” has been released showing John Malkovich and Jude Law both wearing papal vestments, which appears to confirm rumors that Malkovich will play the new pontiff. The show is currently shooting in Venice.

Sky, HBO, and Canal Plus have also announced that “Homeland” star Mark Ivanir has joined the cast of “The New Pope,” as well as veteran British actor Henry Goodman (“Agents of S.H.I.E.L.D.”); Denmark’s Ulrich Thomsen (“The Blacklist”); and Italy’s Massimo Ghini (“No Place Like Home”). Details are being kept under wraps about their roles in the limited eight-episode series, which is not, strictly speaking, a second season of “The Young Pope.”

Malkovich’s casting had been previously announced. Sharon Stone is also widely reported to be a guest star on “The New Pope,” but a representative for production company Wildside declined to comment Wednesday.

Conceived as an anthology series somewhat like “Fargo” and “True Detective,” which changed casts in their second seasons but retained elements and some characters from the first season, “The New Pope” will also feature returning cast members from “The Young Pope,” an HBO statement said. They include Cecile de France as Vatican marketing executive Sofia; Ludivine Sagnier as the wife of a Swiss Guard, who is a fervent papal fan; and Silvio Orlando as the warty, manipulative Cardinal Voiello.

Shooting on “The New Pope” started in Rome in November, then moved to the U.K., and is currently underway in Venice, where “The Young Pope” had its open-ended finale. The production will be moving back to Rome. No airdate has been set.

Written by Sorrentino with his regular Italian co-scribe Umberto Contarello, who also served as a co-writer on “The Young Pope,” and with Stefano Bises (“Gomorrah”), “The New Pope” is a Sky-HBO-Canal Plus original produced by Lorenzo Mieli and Mario Gianani for Wildside and co-produced by Haut et Court and Mediapro. Fremantle will be the show’s global distributor.

“The Young Pope,” created by Sorrentino and produced after he won the foreign-language Oscar for “The Great Beauty,” debuted on Sky in October 2016 and then on HBO in January 2017. Law received a Golden Globe nomination for his work on the show. The series has aired in 150 territories.