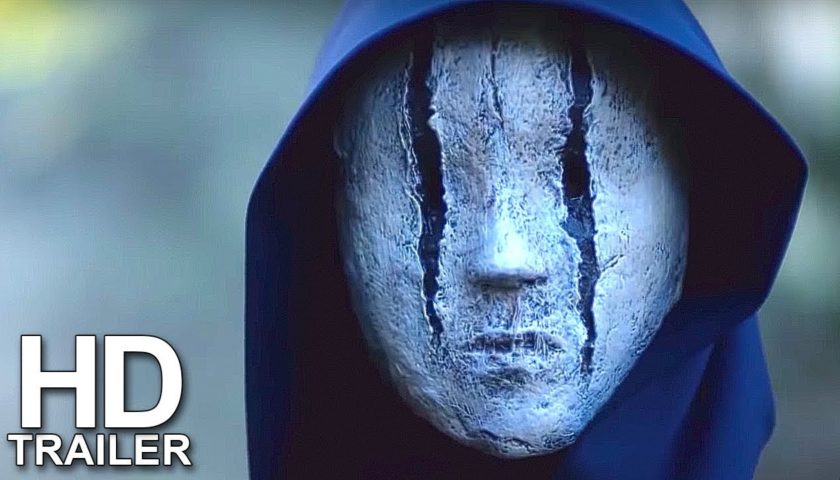 Review: Available globally today, Netflix’s new genre-bending supernatural show The Order is difficult to pin down. Across ten episodes of occultist super-powered soapy shenanigans, Shelley Eriksen and Dennis Heaton’s bizarre hodgepodge of influences and executions leaves a weird impression; totally familiar and as clichéd as such things get, yet presented in a way that sometimes feels pretty new.

In the cauldron has evidently gone typical dark fantasy, teen drama, pinches of horror and sprinkles and low-brow college humour, but the resultant slop is difficult to identify beyond its constituent parts. It doesn’t help that The Order lurches back and forth between styles and tones, appearing at one moment as a faintly subversive (and thoroughly camp) spin on played-out tropes, and then in another as a boilerplate procession of the same tropes it looked to be subverting.

The plot concerns Jack Morton (Jake Manley), an initiate in the low-rent magical sect the Hermetic Order of the Blue Rose, who’re in conflict with a secretive army of anti-dark-magic werewolves known as the Knights of St. Christopher. There are longstanding reasons for Jack’s induction into the Order and the conflict between the two sacred brotherhoods that include Jack’s father (Max Martini), grandfather (Matt Frewer), and dead mother, campy villains that aren’t quite camp enough, severe authority figures – including Katharine Isabelle as the local Order chapter’s head honcho – and a classic love interest played winningly by Sarah Grey.

This all sounds ridiculous, and when The Order is treating it as such it really helps to paper over the fact that the characters are thin and flat, mostly stuck in some odd performative middle-ground where they’re allowed to brush right up against flamboyant camp pastiche but never to really commit to it. While some of the show’s attempts at social or political commentary are a bit on-the-nose and tedious, a lot of the ways in which it ridicules campus culture are enjoyable – certainly more so than its run-of-the-mill, straight-faced treatment of magical-horror elements that can feel like The Chilling Adventures of Sabrina with half the budget and enthusiasm.

There’s a certain amount of charm to The Order’s on-the-cheap production; the way it reuses sets and keeps the magic and effects notably modest. It helps to reinforce the idea of a school stocked with archetypes of privileged know-it-all’s whose entitlement and stupidity allow the plot to be nudged in interesting and often funny directions. But the sense is always that The Order doesn’t have enough of this stuff to go around. It often gives way to bland power struggles between people who can’t seem to keep their motivations or personalities straight, and while it isn’t afraid to radically reimagine budding relationships and dynamics or to kill off characters, it relies a bit too heavily on “because magic” as an excuse for what is quite clearly shoddy writing.

The Order will likely find an audience, and fair play to it, but it’s highly unlikely to become the same kind of small-screen phenomenon as Sabrina or even the recent teen-focused The Umbrella Academy, as it simply isn’t as well-made or engaging as either, despite the things it does well. But as an intermittently entertaining, enjoyably juvenile send-up of such shows it has something to offer – it’s just a shame that the good stuff is attached to the butt of its own jokes.