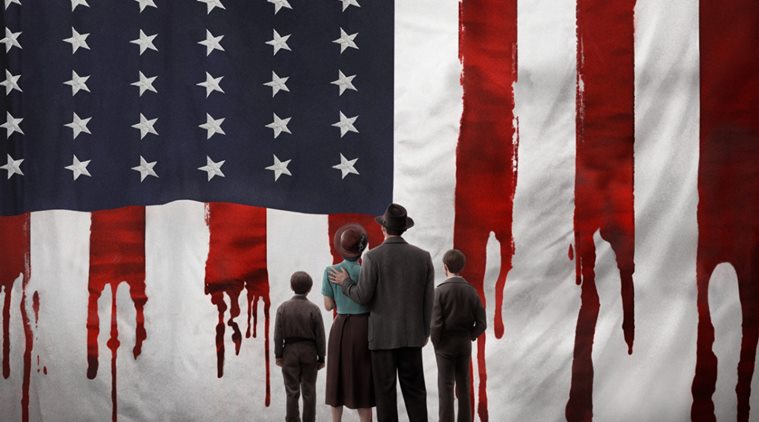 “The Plot Against America” (2020 release; 6 episodes of about 60 min. each) brings an alternative history of the US. As the series opens, we are in “Hoboken, NJ, June 1940”, and we get to know a Jewish family, the Levins. Dad (Herman) is working his way up in the life insurance business and is in line for a promotion that would allow them to buy a house and move to a better neighborhood. On the radio we hear a thunderous speech from American icon Charles Lindbergh, whom the Republicans have recruited to run for president against Roosevelt and whose views are outright anti-semitic and pro-Nazi, much to the dismay of Herman… At this point we are 15 min. into the opening episode but to tell you more of the plot would spoil your viewing experience, you’ll just have to see for yourself how it all plays out.

Couple of comments: this mini-series is the work from Ed Burns and David Simon, who brought us the acclaimed “The Wire”. Here they bring the 2004 Philip Roth novel of the same name to the screen. I have not read the novel and hence I don’t know how closely the mini-series sticks to the book. Surely the overall basic premise is the same: an alternative history of the US, in which an anti-semite/pro-Nazi candidate runs for president and wins. Of course there have been similarly themed shows before, as “The Man In the High Castle” immediately comes to mind (in which the Nazis win WWII and how that plays out in the US). This opening episode is setting the table of how all of it will play out, and does so quite effectively. After hearing Lindbergh’s insidious speech, Herman laments “Win or lose, there’s a lot of hate out there, and he knows how to tap into it”. You don’t need to be a genius to see how this perfectly fits into the current political climate, and that is the strength of the opening episode: it builds up gradually and it makes you worry, and worry a lot. As to the production value: it is clear that money was not an obstacle as this is an eye-pleasing production from start to finish (I mean, how many cars from that era can you put in a single frame?). The cast is tops, and it wasn’t until the episode’s end credits rolled that I realized that Evelyn is played by none other than Winona Ryder!

“The Plot Against America” premiered this week on HBO and is now available on HBO On Demand and other streaming services. New episodes air on Monday evenings 9 pm. I personally can’t wait to see how all of this will play out. If you have an interest in “what if” stories on a grand (and political) scale, I’d readily suggest you check this out and draw your own conclusion.