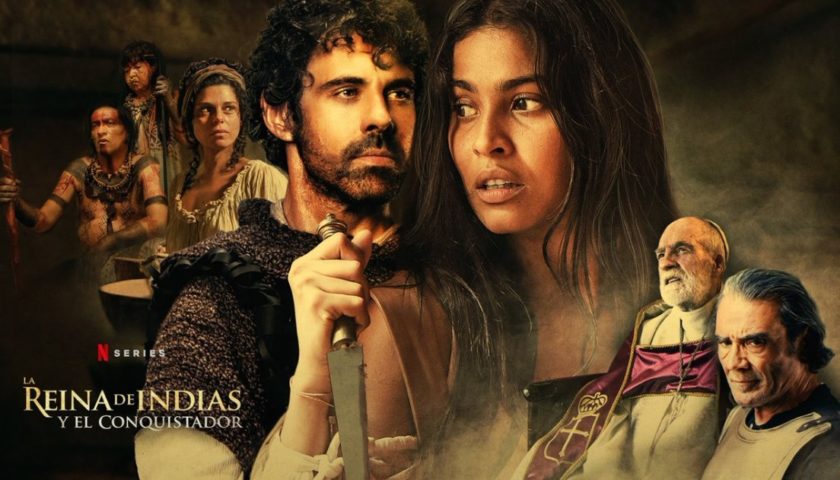 The Queen And The Conqueror Netflix : Originally titled as La Reina de Indias y el Conquistador For all the people who are getting bored in this pandemic Netflix has the solution for your boredom, especially for the fans of shows like Game of Thrones and Rome, Yes you guessed it right, Netflix is bringing a brand new historical drama for its viewers.

The Colombian show is named The Queen and the Conqueror the series gives us an ancient vibe, it revolves around the history that led to the birth of the city of Cartagena de Indias, the flagship of Las Américas.

Since it’s a Colombian series, it features some of the prominent actors of industry like
Essined Rivera Aponte as La India Catalina, Emmanuel Esparza as Pedro de Heredia in main lead roles, it also stars Manuel Navarro, Ilenia Antonini, Aroha Hafez, Alejandro Rodríguez, Cristina Warner and many others.

As for the plot of the show, it revolves around a girl, Catalina who has fallen for a conqueror, whose main goal is to save his brother and in the process he betrays, Catalina Heartbroken and revenge in her mind she returns after some time with one goal in her mind, which is, to destroy the person who made her suffer, This one sure sound interesting, doesn’t it? It has a great number of tasty substances for an entertaining dish, A blend of romance with drama adds a little politics and of course the good-old action scenes

Netflix has released the trailer for quite some time so the viewers can get a glimpse of what the series is to be, The trailer shows that Catalina is remembering her time with the conqueror – Pedro de Heredia and thinks of what went wrong with her relationship, It also shows the conqueror’s story of freeing his brother with the obstacles he encounters in front of him,We also see that she is preparing for revenge upon the conqueror by making him fall for her.