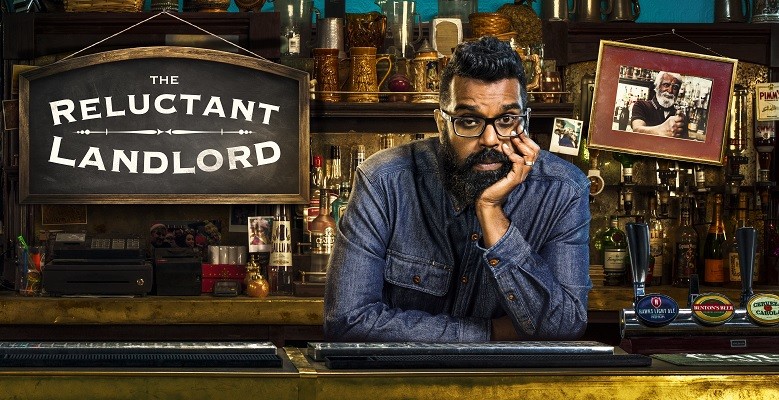 Review: ‘The Reluctant Landlord’ follows the life of likable every-man Romesh Ranganathan as he navigates through his own family, his work and his (in)tolerance for other people.

I’ll update this if things change, but this review is based on the first episode only.

Romesh appears to be in a comfortable, self-inflicted rut. He has a witty wife who’s bonkers and addicted to social media and bizarre health fads. He has a son and a daughter who have all the issues you expect school kids to have.

He also has a pub, which he doesn’t seem to want! But the pub provides the setting for all sorts of other characters which normally Romesh wouldn’t encounter, so it serves a purpose as well as a pint!

His self named character comes off as a less manic and more level-headed Lenny Henry which is very agreeable.

Although the characters and the situations are a little bit silly and a tad far-fetched, Romesh himself is actually grounded in reality and has all the best lines. His world weary resignation and common sense yet unpopular solutions to life’s problems do make for good telly.

Case in point: Ignore the bullying which is harmless, mild name-calling… or make a fuss about it and watch the problem get a whole lot worse! Of course, the world wants to blow up everything into a major life-changing event and the practical, common-sense approach is cast aside in favour of good drama!

Another plus is that there’s no laugh track. I’m in for the time being and I can see me liking this more and more as I get used to the characters.