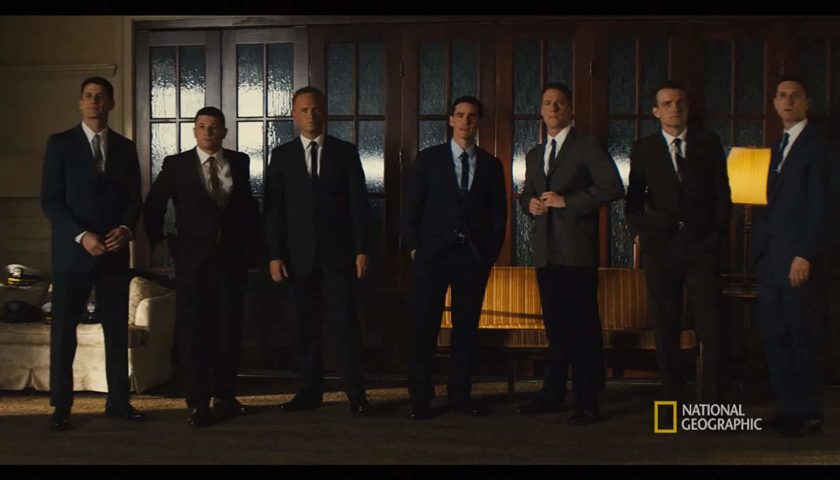 Nat Geo’s scripted limited series take on Tom Wolfe’s “The Right Stuff” is moving to Disney Plus for a fall premiere.

Leonardo DiCaprio is an executive producer of the eight-episode Warner Horizon TV series that tells the story of the early NASA program. The series centers on the characters of Major John Glenn, played by Patrick J. Adams, and Lieutenant Commander Alan Shepard, played by Jake McDorman.

“National Geographic’s ‘The Right Stuff’ is an aspirational story about exploration, ambition, determination and resilience and reminds us that human beings can achieve the extraordinary when united by a common purpose. This series provides a compelling behind-the-scenes look at the flawed, but heroic Mercury 7 astronauts and we are thrilled that it has found its perfect home on Disney Plus.”

“Right Stuff” is based on Wolfe’s 1979 nonfiction book about the Project Mercury astronauts and the race to space. The book was adapted as in 1983 as feature starring Sam Shepard, Scott Glenn and Ed Harris. The movie earned a best picture Oscar nomination and a supporting actor nod for Harris.

Disney Plus executives said the time is right to bring the story of a heroic American achievement to a new generation. The move to Disney Plus is an effort to broaden the potential audience for the series.

“As our audiences around the world turn to Disney+ to find inspiration and optimism, we believe the true-life heroism of the Mercury 7 will showcase the tenacity of the human spirit and inspire a new generation to reach for the stars,” said Ricky Strauss, president of content and marketing for Disney Plus. “The wonderful team of storytellers at National Geographic, Warner Horizon Scripted Television and Appian Way have crafted a compelling and entertaining tale and we are honored to give it a global home as the first scripted Disney+ original series from National Geographic.”

DiCaprio and Jennifer Davisson are executive producers of “Right Stuff” along with showrunner Mark Lafferty. Chris Long directed and executive produced the first episode. Will Staples and Howard Korder are also executive producers. Thelma Schoonmaker and Danny Strong are consulting producers. Michael Hampton shepherded this project on behalf of Appian Way and is co-producer.