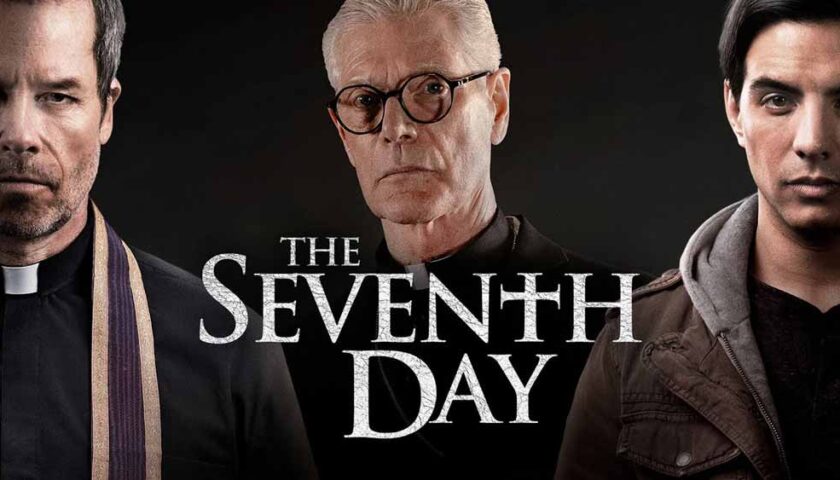 In exorcist movies, there is never much new under the black hole sun. The one development in the genre over the last decade has been to see it merge, on occasion, with the haunted-house film — a comfortable enough mashup, though it’s kind of like pairing two pop stars to create a hit single out of their combined demos. If the head-spinning success of “The Exorcism of Emily Rose” (2005), and the resurgence of the exorcist film that it inspired, proved anything, it’s that the tropes of demonic possession — the young victims tied to their beds, their faces gray-blue and mottled with sores; the tauntingly blasphemous devil voice that sounds like Darth Vader as the announcer at a strip club; the priests brandishing their tiny crosses and spewing their “Cast thee out!” liturgical spells — have become the horror equivalent of classic rock. They’re the golden oldies that never change, because no one wants them to change. After all, that’s what ties these films to the original box-office DNA of “The Exorcist.”

In “The Seventh Day,” though, there’s a hint of an innovation, even if it’s not about the devil. It’s about the figure who’s fighting him. Guy Pearce plays Father Peter, a fabled exorcist whose initiation happened on Oct. 8, 1985, the day Pope John Paul II arrived in the U.S. That day, Father Peter assisted in his first exorcism — and saw his mentor, Father Louis (played by the always magnetic Keith David), get stabbed in the neck by a flying crucifix, at which point Father Peter took over and watched his boy victim burst into flames and die. That’s about as bad as it gets in demon fighting. And Father Peter has been making up for it ever since.

The thing is, he doesn’t bear that burden like a heavy cross. He flaunts it like an existential curse that has liberated him from having to act like a priest. As Pearce plays Father Peter, he’s a new screen type: the exorcist as hipster, as cool-cat cowboy, as ballbuster. He sports four days’ stubble, he smokes, he drives his squared-off ’70s jalopy singing along with rock nuggets, and he says things like, “What the fuck are you doing in my car?” Pearce, who is one of the film’s executive producers, seems to be doing his impersonation of a Mark Wahlberg bruiser, right down to the sort-of-Boston accent, though in this bare-bones second feature from writer-director Justin P. Lange (“The Dark”), you may wonder how much of that was in the script and how much of it was Pearce working to entertain himself on the set each day. When a gifted actor is stuck in a piece of demonic product, it can seem like just the ticket to be slumming in plain sight.

Father Peter, who has had a series of apprentices, gets told to take a new exorcist under his wing: the just-out-of-seminary-school Father Daniel (Vadhir Derbez). For a while the two ride around town looking for evil, like Danny Koker searching for a vintage Dodge Charger on “Counting Cars.” They stop at a homeless encampment under a bridge, where, sure enough, the devil shows himself. And then they stop at a house with police tape all over it — that’s where Charlie (Brady Jenness), who is just a kid, slaughtered his family. Father Daniel, as part of his training, has to go in and explore the house. “What do I do when I’m in there?” he asks his mentor. “Open yourself up,” says Father Peter. “Let it in.” He means the devil’s spirit.

In the house, Father Daniel hallucinates scenes that explain the murder. The devil, it seems, is a force that works in multiple ways ­— through emotionally abusive parents, or a sexually abusive priest. Then our two exorcists, who are now like the heroes of a buddy cop film, go off to visit Charlie in prison. They have to pull strings to do it, though as Father Peter says, “When you work for a titan of influence and corruption, this is one of the perks.” He’s talking about the archbishop, played with aristocratic airs by Stephen Lang. The movie is diverting enough when it flirts with clerical politics, and that made me think it might be cool to make an exorcist film that dramatized the true-life ins and outs of the Catholic Church’s relationship to exorcism. There’s a major story there, and it could fuel a heady thriller.

But “The Seventh Day,” having established Father Peter as a new kind of exorcist renegade, soon gets down to business as usual: the young Father Daniel testing his mettle in scenes that recycle the rumbling, flash-cut, wind-in-the-room, the-devil-is-real nightmare clichés that the movies have been spewing at us for 50 years. Vadhir Derbez, the son of the actor Eugenio Derbez, has a fairly thankless role, and does okay with it. His Daniel is the film’s Father Karras knockoff, which means that he gets to be naïve and moody and gawky. Pearce gets the good lines, which he delivers with a sinister nonchalance that says, “The devil made me do it. Or maybe it was my accountant.”