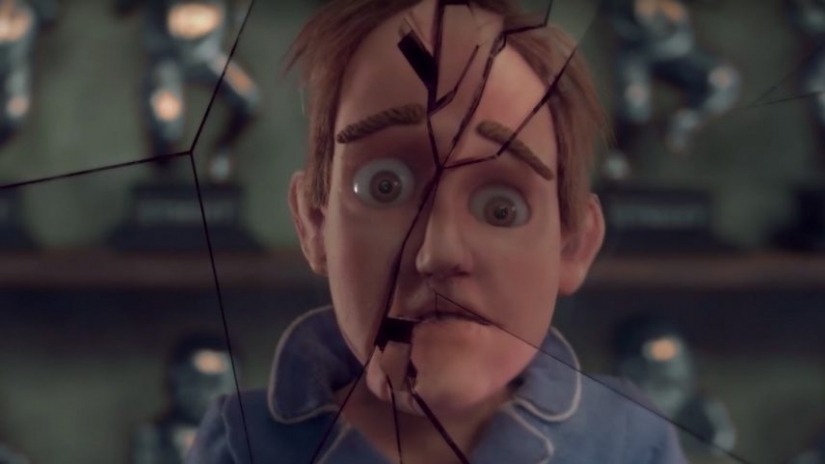 Review: Adult Swim has long been the go-to outlet for bizarre, mind-twisting shenanigans, picking up where its forebears like MTV’s Liquid Television and Oddities left off years ago. Cartoon Network’s mature programming block has also been both a haven and an incubator for the more avant-garde storytellers out there, especially when it comes to animation. (I still think about Too Many Cooks on an almost weekly basis.) Now, with Adult Swim’s latest head-scratching series The Shivering Truth, the platform is once again pushing the envelope of the subjective when it comes to what is too funny to be offensive and what is too offensive to be funny. And after watching the two premiere episodes, I’m not sure if creator Vernon Chatman should be put on a creative shortlist or a criminal watchlist.

The Shivering Truth is described as “a delicately crafted, darkly surreal anthology comedy, a miniature propulsive omnibus cluster bomb of painfully riotous daymares all dripping with the orange goo of dream logic. A series of loosely-linked emotional parables about stories within tales that crawled out of the deepest caverns of your unconscious mind and became lovingly animated in breath-slapping stop motion — in other words, it is the TRUTH.”

Created and written by Chatman, directed by Chatman and Cat Solen, and executive produced by PFFR with Solen, these downright strange and barely connected stories get an extra dose of creepy thanks to their stop-motion animation presentation. That’s all thanks to animation studio is Shadow Machine. Lending their voice talents to the brand new quarter-hour series are Maria Bamford (Lady Dynamite, BoJack Horseman), Janeane Garofalo (Wet Hot American Summer), Trey Parker (South Park), Jordan Peele (Key and Peele, Get Out), and many others. If you’re a fan of surrealist, gross-out humor that gets a little blue, The Shivering Truth should be on your radar. But if not, maybe you should take a look at the series’ trailer to see if you’re swayed one way or the other:

Still with us? Fantastic! That means you appreciate the bizarre and bonkers brand of humor Adult Swim has become known for, a brand that Chatman has fully embraced. The upside to this non-sequitur style of no-holds-barred storytelling is that you’ll get some jokes that come from so far out of left field that you’ll be laughing without being able to explain why. The downside is that sometimes, when these choices don’t land, you’ll sit there and wait for the bit to end. A fine example of the former occurs when an overly self-conscious office worker discovers that a parasite has been living in a sort of nest inside his skull, while an example of the latter takes the game of peek-a-boo a bit too far. You’ll definitely laugh while watching The Shivering Truth, but there’s just as good a chance that you’ll throw up a bit, too.

And while the effectiveness of the humor and the horror of The Shivering Truth will be up to each individual viewer to decide, the artistic talent on display is without question. Take a look at the level of craftsmanship that went into some of the strangest animation sequences in this behind-the-scenes video:

It’s not often you get to put this level of artistry and insanity on display on an international television network, so I’m glad that The Shivering Truth exists purely for this reason. It’s complete chaos pulled from a very fertile (and sick) mind, a tapestry of nightmares woven together as a litmus test for the level of sanity (or insanity) in each of us. I can’t wait to see how the Adult Swim audience reacts to this one, but I’m certain of one thing: It’s definitely worth the experience.