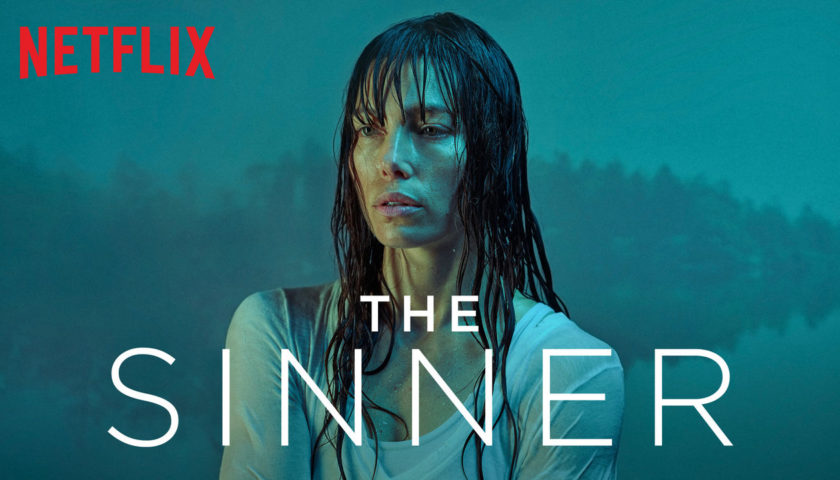 Review:  Cora (Jessica Biel) is a normal looking young woman who commits a shocking crime in full view of many witnesses. As viewers, we witness the crime also, so there is no doubt of her guilt.

Means and opportunity are never in question, but what is the motive? That is the central mystery around which this series revolves. And it is the question that drives police detective Harry Ambrose (Bill Pullman) to dig deeper despite Cora’s confession of guilt.

Ambrose is a sad sack character who seems to commune better with nature than with people. Perhaps he understands compulsion and seeks to unravel his own while investigating Cora’s.

In the first episode, Cora says, “I never thought that I would have a normal life.” This is a major clue that her behavior may be rooted in her early years. Throughout the show, there are flashbacks to various happenings from all periods of Cora’s life–clues that form pieces of the jigsaw puzzle solution.

As for the acting, most of the heavy hauling involves Biel and Pullman, who are convincing. The tone of the show is moody, suggesting the turmoil that lies just beneath the surface.

It remains to be seen if the writing can weave a tale that keeps the story interesting over the course of the 8-episode season. This is a good start.

Update 8/25/17: After four episodes, I am raising my grade to “8”. The story is riveting. I would recommend this show to anyone who likes a good police mystery.