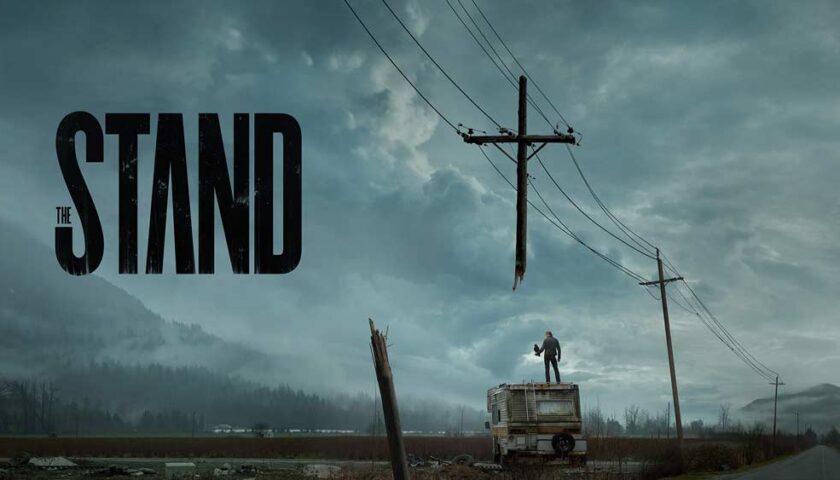 This moment seems, on the surface, like the timeliest moment possible to unveil a new adaptation of Stephen King’s The Stand.

The 1978 novel, which inspired an ABC miniseries in 1994 prior to the new, nine-episode version debuting Thursday on CBS All Access, focuses on a global pandemic that wipes out a large portion of the population, which is obviously a relevant storyline to explore in 2020. The Stand also focuses on disaffected men (and some women) seeking to blow up society in an expression of their rage; Americans struggling to find hope in a country that has shut down in the most extreme manner possible; a good vs. evil spiritual crisis born out of the health crisis; and, for fun, some light government conspiracy. While King’s story, adapted here by Josh Boone and showrunner Benjamin Cavell, is an exaggerated work of dystopian fiction, there are obvious parallels between its version of America and the one in which we have lived during the past 12 months.

Those parallels are hard to ignore in this new series, but only in the first one or two episodes. As The Stand progresses, as has always been the case, it delves more and more into the conflicts among survivors who have settled in Boulder, Colorado, some of whom follow the guidance of Mother Abagail (Whoopi Goldberg), a 108-year-old woman with psychic and spiritual powers, and some of whom fall under the spell of Randall Flagg (Alexander Skarsgård), a demonic entity as adept at invading the subconscious of his disciples as Mother Abagail is. As rendered in this iteration of King’s epic, that mix of realism and fantasy results in a disjointed, tonally inconsistent work that manages to both over-condense aspects of the original saga and overstay its welcome.

The Stand, which completed the bulk of its production in March, before the COVID-caused shutdowns, is a big, sprawling piece of work, and the way this version is structured makes it unwieldy. Rooted in a post-viral-spread present, when that mini-society has been formed in Colorado, the episodes feature multiple flashbacks to four or five months prior as it pieces together how the many principal characters made their way to Boulder and elsewhere. This timeline is generally clear enough for viewers to follow, but there are definitely scenes that make one question, for at least a few seconds, where and when the show is in place and time.

The first episode begins with a grisly scene in which volunteers, including Harold Lauder (Owen Teague), are outfitted in masks and goggles as they enter a church filled with corpses, still more of the dead who constantly need to be buried. Harold dashes out of the building, sickened by what he sees. This scrawny teenager is one of the many tasked with tossing those bodies into massive graves.

From there, The Stand launches back to five months prior in Ogunquit, Maine, where Harold is living in normal times, which, for him, involves spying on his former babysitter Fran Goldsmith (Odessa Young) and being bullied. Harold’s mother and his sister are, notably, ill. So is Fran’s father. Within a short period of time, all of them and the rest of the town’s residents are dead, with only Harold and Fran surviving and, eventually, hitting the road.

Elsewhere, Stu Redman (James Marsden) of Arnette, Texas, where the outbreak of the virus first began, is taken into custody by federal researchers who determine that he is immune to an illness that is practically instantly fatal in others. Stu, too, will eventually head to Boulder, where he and four others — Fran, sociology professor Glen Bateman (Greg Kinnear), musician Larry Underwood (Jovan Adepo), and Nick Andros (Henry Zaga), who is a nonspeaking deaf person — will function as the five overseers of the community, a role that Mother Abagail declares they are destined to serve. Harold, still bitter about being rejected by Fran, settles in Colorado as well, as does Nadine (Amber Heard), a woman whose loyalties and ethics are malleable enough to bend into a question mark.

Obviously a strong ensemble of actors has been assembled for this version of The Stand — J.K. Simmons, Heather Graham, and Hamish Linklater play supporting roles — and most of them do their level best to ground a series that leans increasingly into the heightened and grotesque. Marsden, Young, Kinnear, and especially Adepo, cast cannily given his role on The Leftovers, deliver natural, restrained performances, which is especially important since several of the actors — Teague, Skarsgård, Nat Wolff as Flagg’s righthand man, Ezra Miller as the unhinged Trashcan Man — play characters whose behavior is deliberately over-the-top. Skarsgård, not the first Skarsgård to play a villain in a Stephen King adaptation, has the most success in this department, giving Flagg, sporting what appears to be Conan O’Brien’s old haircut, an authoritative, sensual smarminess. He’s attractive and button-pushing enough to make his sway over others at least a little understandable. While Teague often over-telegraphs Harold’s underlying anger, he is also responsible for the most chilling image in the first six episodes that were provided to critics: the moment when Harold, trying to figure out how to fake a sense of confidence and positivity, repeatedly imitates a photo of Tom Cruise grinning maniacally and pointing a finger gun.

While there are some genuinely effective attempts to generate suspense, those sequences stand beside some of the wildest and most off-the-mark sections of the series, which take place in Las Vegas, dubbed “New Vegas.” That’s where Randall presides over a modern-day Gomorrah in which survivors, dressed in cyberpunk couture, engage in constant orgies and violence. This type of gritty, noir-ish urban hellscape has been depicted in so many other movies and shows — Blade Runner, Total Recall, Netflix’s Altered Carbon — that it lands as laughably cliché instead of achieving the almost campy shock value for which it appears to be aiming.

Even with more than twice as many episodes as the early-’90s miniseries, this The Stand still leaves some significant gaps in its storytelling and some unanswered questions, at least after six episodes. How are so many people immune to the virus, and aren’t they (or the writers of The Stand) curious to understand why? As presented in the CBS All Access telling, it’s fair to assume that all vestiges of local and federal government have been eradicated, but why isn’t there more of an effort to reach out for confirmation of that?

This is where The Stand’s relevance becomes a bit of a liability. We have lived and continue to live through an actual pandemic, and that places the unexplained details in sharper relief. Shows about terrifying viruses like The Walking Dead or The Stand depict a world where, more or less overnight, large portions of the population drop dead right where they are, sitting in driver’s seats or church pews. But we have lived and continue to live during a pandemic. What that looks like in real life vs. what it looks like in an adaptation of a Stephen King novel are not the same. That discordance doesn’t provide a form of escapism at the end of this wretched year. It’s just one more thing that doesn’t make sense in a 2020 that’s been full of them.