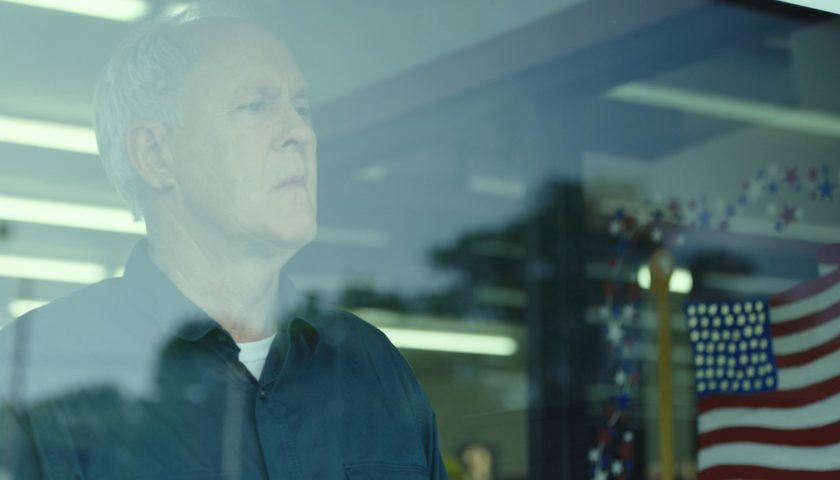 Review: There’s a sly mood of imminent surprise to music-video director Noble Jones’ narrative feature debut “The Tomorrow Man.” John Lithgow and Blythe Danner play somewhat eccentric older small-town denizens drawn together, though each has a secret life that could be a deal-breaker.

Once we suss what those secrets are, it becomes clear that this is really just a cute autumnal romance cloaked in a little mystery that only goes so deep. If the ultimate effect is a little more slight than one might’ve hoped, Jones and his appealing cast nonetheless sustain a low-key charm even after the enigmatic initial promise burns off like morning fog. Prospects will be modest for Bleecker Street’s pre-Sundance pickup, which is slotted for a May 17 theatrical release.

Ed Hemsler (Lithgow) is a retired systems analyst who spends a lot of time dispensing wisdom to strangers in online forums, but otherwise has so little going on that his principal real-world social interactions seem limited to supermarket trips. He has a son, who doesn’t greatly appreciate dad’s one-sided calls nattering on about some vague forthcoming doomsday. He does not have a wife at present, the specifics of which aren’t revealed for quite some time. He’s just isolated and dotty enough to occasionally believe a TV news anchorwoman is talking directly to him from the screen.

Ed grows intrigued by a fellow grocery shopper about his age, forcing an eventual introduction to the initially nonplussed Ronnie Meisner (Danner). She also lives alone, sans apparent family or other close local ties, though she does still work at a downtown gift shop where the only other employee, Tina (Eve Harlow), is a fraction of her age.

Ed and Ronnie begin to date, which goes rather better than one might expect given his simultaneously distracted/obsessive nature and her own slightly ditzy manner. Soon they’re in enough of a relationship for him to take her to Thanksgiving dinner with his son Brian (Derek Cecil), daughter-in-law Janet (Katie Aselton), and teenage grandchild Jeanine (Sophie Thatcher) — as well as for that relationship to survive the ensuing yellfest.

But Ed has something bigger to hide than argumentative family dynamics, something we’ve already caught ample hints of: He’s a conspiracy theorist who believes “it’s all going down” very soon, and devotes most of his present to preparing for a future in which there is no “future,” once society has collapsed. He’s mistaken in assuming that Ronnie is on exactly the same page. But it turns out that she’s got a rather extreme hidden, er, “hobby” of her own as well.

Jones’ screenplay and direction build up an atmosphere of gently humorous, non-threatening suspense over just what these two oldsters are really up to. When all is revealed, the film seems a bit smaller — if not less pleasing — than its mysterioso act led us to expect. There is a neat tag that re-asserts “The Tomorrow Man’s” place in a particular neglected wing of apocalyptic cinema, one most notably occupied by Steve De Jarnatt’s 1988 cult-movie romance “Miracle Mile.” Still, this fadeout feels more like a droll punchline than a defining statement.

It’s a likably offbeat and assured entrance into fictive storytelling for Jones, whose sole prior feature “10 Days Out: Blues from the Backroads” was a music documentary. There are many ways in which quiet, vanilla-with-a-twist “The Tomorrow Man” feels unexpected given his résumé, not least being that the most prominent piece of music here is one of the most cloying Top 40 pop songs ever: “Muskrat Love,” a mid-’70s hit for both America and Captain & Tennille. Its emphasis suggests a very cutesy adorable-old-codgers movie that Jones and his veteran stars mostly avoid. Instead, they favor a tone of wry restraint in which pathos and whimsy alike are omnipresent yet never overbearing.

That approach brings out the best in Lithgow, an actor whose manic side can easily run away with a role. Danner’s screen resurgence in her 70s continues to be a pleasure, particularly since many thought she should have become a movie star decades ago; she’s in elfin comic form here. If no one here has a memorably three-dimensional figure to play, they nonetheless hit notes of commingled idiosyncrasy and decency straight-on.

Shot in Rochester, N.Y., though hinting at a Midwestern-heartland setting, the film’s packaging has an attractive simplicity — amplifying an overall effect of everyday strangeness that’s finally more reassuring than truly bizarre.