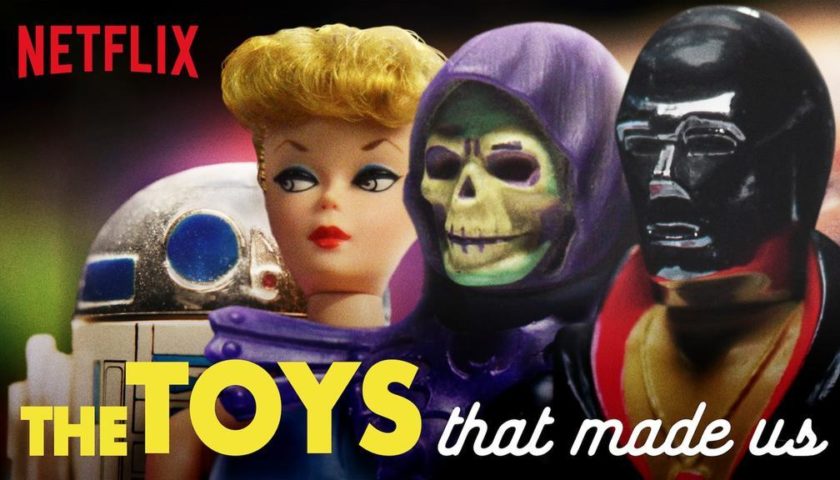 Review: Few days ago I was checking the new additions on Netflix when I saw these series. I added them to my viewing queue, but it was just last night as I started watching.

Honestly, these are of the most exciting documentaries ever. Why – because it’s all about our childhood! And we’ve all been kids!

Aside of it, the series are really well done. I just have nothing to comment on – as a documentary, they have a very well defined structure and topic following. Sure, they miss some details, but for a 50 minute format it is very well done.

So far I’ve seen only the first 3 episodes – Star Wars, Barbie and He-Man. They are all so exciting. I am a 42y old male and as a kid I loved Star Wars and I still do, just never had SW toys, however as a kid I did have He-Man toys and I loved them. I totally relate to the series and honestly can’t wait to see the other episodes.

As for Barbie – I am a male, never been into Barbie, but these series are pretty much like VH1 Behind the Music series – so well done, that you really don’t care what the episode is about – you just watch it, as you know it will be interesting and there would be something to learn. And indeed, the Barbie episode was absolutely interesting to watch!

Today I saw two episodes one after another, cannot remember doing such thing for a documentary, ever. My only problem is, they say these are 8 episode series and I see on IMDB they list 8 episodes, while Netflix Canada shows me only the first 4 and I am very disappointed. Hope they will import the other 4 episodes soon! I don’t know who should I message about this, but hope somebody from the crew would pay attention to my problem here and would ring their phone. I would try to contact Netflix Canada anyway.

So, I would totally recommend these series to anyone, young or old, boy or girl, who used to have at least one toy in their life. Probably the most exciting series on Netflix in the last 6 months, after Stranger Things 2. My opinion, but I don’t think I am far from the truth.