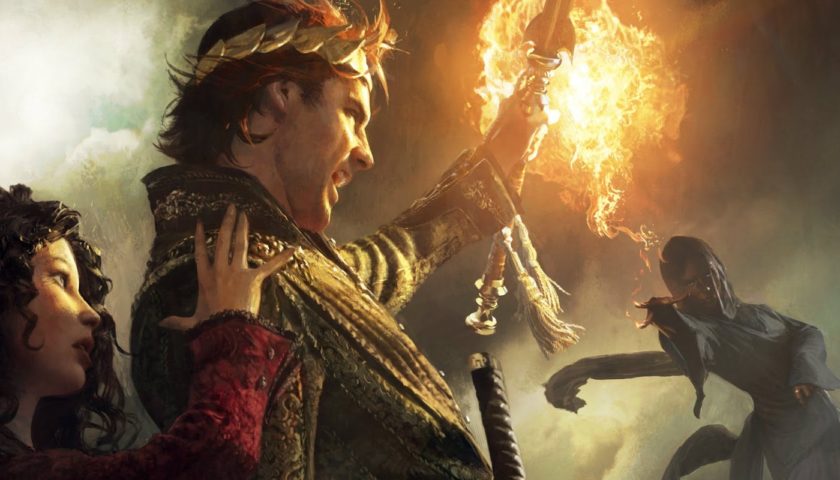 Review: Amazon Studios is pushing ahead with its television adaptation of Robert Jordan’s epic fantasy saga The Wheel of Time.Details about The Wheel of Time appeared in Production Weekly. The publication lists the production start date as September 2019 and the filming location as Prague. It also includes the show’s synopsis:

“The fantasy epic is set in a sprawling, epic world where magic exists, but only women can use it. The story follows Moiraine, a member of the shadowy and influential all-female organization called the Aes Sedai, as she embarks on a dangerous, world-spanning journey with five young men and women. Moiraine believes that one of them might be the reincarnation of an incredibly powerful individual, whom prophecies say will either save humanity or destroy it. The series draws on numerous elements of European and Asian culture and philosophy, most notably the cyclical nature of time found in Buddhism and Hinduism.” Amazon Prime Video will bring the one-hour fantasy drama to over 200 markets. The series is being adapted by Rafe Judkins (Chuck, Agents of SHIELD) and is produced by Sony Pictures Television and Amazon Studios. Amazon has been developing the series for over a year. The Wheel of Time is a 14-book fantasy epic set in a world where magic exists but can only be harnassed by women. The first book in the series, The Eye of the World, was published in 1990. The series concluded in 2013 with the final three installments – The Gathering Storm, Towers of Midnight, and A Memory of Light – being completed by fan and fantasy author Brandon Sanderson after Jordan’s death in 2007. “The Wheel of Time is endlessly fascinating and resonates hugely with fans as one of the best-selling global properties, and we were drawn to its timely narrative featuring powerful women at the core,” said Amazon Studios head Jennifer Salke when the series was announced. “We’re thrilled to extend our relationship with devotees who’ve found the book series transformative and welcome new ones by bringing it to life on Prime Video for viewers worldwide.” “Developing and producing Robert Jordan’s beloved fourteen-books-series for TV is a big undertaking, and we don’t take it lightly,” said Sharon Tal Yguado, Head of Event Series, Amazon Originals. “We believe that Rafe’s personal connection to the material and soulful writing will resonate with the book’s passionate fans.” “We are thrilled to have the opportunity to produce The Wheel of Time with our friends at Amazon,” said Sony Pictures Television Co-President Chris Parnell. “In Rafe Judkins, we’ve found a brilliant visionary that is a true fan of the books and ready to bring Robert Jordan’s world to life.”“For so many people, including me, this book series has served as a world to escape to, to lose yourself in, to devour and inhabit completely,” Judkins said. “And I couldn’t be more honored to be the one finally bringing that world to life on screen, for old fans to lose themselves in all over again and new fans to discover for the very first time.”