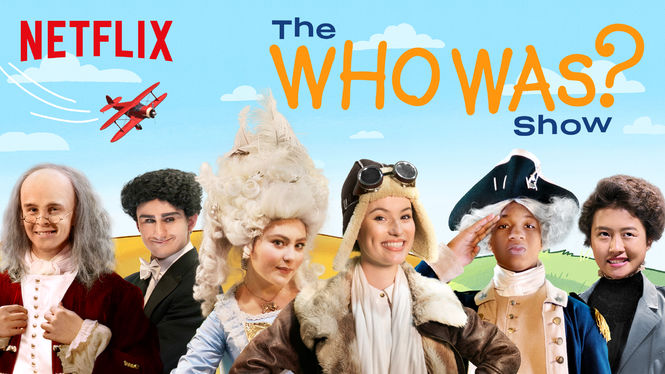 Review: Joan of Arc meets Albert Einstein … for a dance off?

Such is the turn of events in Netflix’s new family variety series The Who Was? Show, featuring a teenage costumed cast who tell the story of two historical figures per episode.

Based on the Penguin Young Readers’ Who Was? biographies, the format is a show-within-a-show, as kids put on the production with the help of Andy Daly, their clueless network executive. Designed to put past leaders into today’s context, it weaves together sketch comedy, improvisation, impersonations, animated shorts, musical performances and guest stars—including Ellie Kemper, John Oliver and Jane Krakowski.

The Daily Show’s Richard Korson serves as executive producer and showrunner. He was approached by producers Penguin Workshop and FremantleMedia about turning the children’s books into a TV series.

“They wanted to look outside of their regular sort of kids world,” he told Variety. “They asked me to take a look at it, see what I thought. I saw the potential for turning it into a sketch format, and the ball started rolling.”

Francesco Sedita, president and publisher of Penguin Workshop and an exectuive producer of the show, describes it to Publishers Weekly as “The Muppets meets SNL meets You Can’t Do That on Television.”