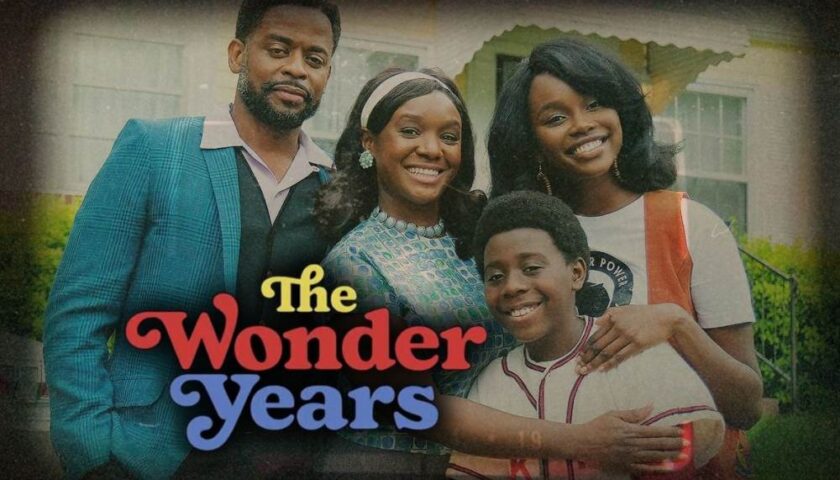 “One thing about being 12 that hasn’t changed over the decades is that it’s around 12 that you figure out what your place is in the world.” So says the narrator (Don Cheadle) in ABC’s The Wonder Years pilot, and it’s essentially a mission statement for the series. But the finer details of that journey can’t help but be informed by the world it’s taking place in, and so the series attempts to balance pointed cultural commentary with a genial coming-of-age narrative — and it largely succeeds, thanks to its warm humor and winning cast.

Like the original Wonder Years, which aired from 1988 to 1993, the new series is set in the late 1960s. It’s a somewhat curious choice that aligns its young lead with today’s grandparents rather than today’s parents or yesterday’s Wonder Years fans. (For comparison, had the reboot jumped back only as far as the earlier show did, it would have been set in … the early 2000s. Yes, fellow millennials, we’re that old.) The narrative structure hasn’t changed much either. Once again, the show is set entirely the past, but overlaid with voiceover by an older, wiser version of the protagonist — here, 12-year-old Dean Williams (Elisha “EJ” Williams), a Black kid growing up in Montgomery, Alabama.

Dean’s middle-class family consists of professor/musician dad Bill (Dulé Hill), career woman mom Lillian (Saycon Sengbloh) and teenage sister Kim (Laura Kariuki), plus big brother Bruce, who does not appear in the first episode. Dean struggles to see how he might distinguish himself among such company, and the pilot sees him trying on a new identity as “The Great Uniter” — the kid capable of bringing together Black students and white students, bullies and nerds at Jefferson Davis Junior High through the sheer force of his good intentions. (“Black Jesus, mellow out, man,” advises his skeptical best friend Cory, played by Amari O’Neil.)

Cheadle proves to be ideal casting as the older Dean, his voice fond and familiar with just the right touch of gravitas. He’s well complemented by Williams, an instantly likable presence; that Dean is sort of a dork only makes him more endearing. The standout of the first episode is Hill, who somehow calibrates his performance to the precise level of cool where a respected academic, an on-the-rise musician, and a dad firing up the grill might conceivably overlap. But there’s no weak link among the cast. All the regulars seem poised for their own breakout turns in future episodes, some in storylines that touch directly on the political issues of the era.

The Wonder Years isn’t shy about its historical context. The first episode alone references desegregation, white flight, Martin Luther King Jr., the Black Panther Party and even the 1968 flu pandemic, in a knowing wink to viewers in 2021. The setting seems to dovetail with Dean’s own adolescent turmoil, his personal growing pains reflected in the rapidly changing world around him. When the family receives shocking news in the first episode, the gap between the younger Dean’s puzzlement at his mother’s reaction and the older Dean’s weary understanding of the same makes clear exactly how much this sweet kid still has left to learn.

At times, the series’ commitment to its setting tilts toward didacticism: Do we really need a white student (Julian Lerner, as Dean’s friend Brad) interjecting a well-meaning but wrongheaded “Hey — she’s not prejudiced” not once but twice, in order to get across the point that white and Black people understand racism differently? Much of the narration also seems written to explain Black culture to audiences who need even “universal” rules explained to them. The Wonder Years, like Dean itself, seems to want to be a great uniter, bridging relationships across race and class.

But whenever the series threatens to go too far in the direction of prioritizing teachable moments over the characters being used to convey it, it pulls back with a wry observation, an unexpected joke or a lovely character beat that grounds us back in the Williams family’s orbit. Series creator Saladin K. Patterson, whose long list of credits run from Frasier to FXX’s Dave, and episode director Fred Savage, who starred in the original Wonder Years, have the rhythms of a network family sitcom down pat, and the episode rarely goes very long without landing a solid joke. A breakfast conversation might touch on the tension between Kim’s interest in joining the civil rights movement and Bill’s insistence on a college education — but it’ll also stop to let Dean’s parents snap, “Stay out of grown folks’ business” in perfect, hilarious unison, as they do any time he raises uncomfortable questions about “money, sex or the way Dad’s studio smelled after a rehearsal.”

If the new Wonder Years occasionally teeters while looking for the right balance, its foundation seems solid enough that it should be able to find surer footing in no time. That the series manages to invoke nostalgia for bygone days while also remaining relatively clear-eyed about the challenges of that period, both in adolescence and in American history, is no small feat — and it accomplishes this while delivering the cozy appeal of the best family sitcoms, including the one that gives it its name. As it turns out, another thing that hasn’t changed much about growing up over the decades is that there’s still a Wonder Years to come home and cuddle up to.