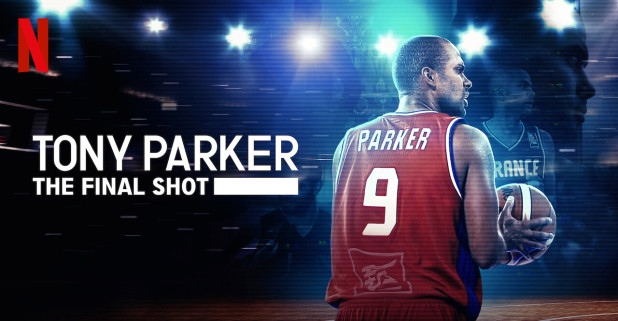 For American basketball fans, a few names loom large as titans of the sport: Michael Jordan, LeBron James, Kobe Bryant. For French fans, and millions of others around the world who support the game’s growing international reach, there’s another name on that list: Tony Parker. The French-born point guard, the subject of the new documentary Tony Parker: The Final Shot on Netflix, might not turn heads on the street in America, but his basketball legacy abroad is unparalleled. This is an intimate look at Parker’s life and career, and the massive impact he made on the French game.

The Gist: “For me, there’s Michael Jordan and then everyone else,” French soccer superstar Thierry Henry notes. “In French basketball, there’s Tony Parker and everyone else.” Born in Belgium to a Dutch mother and an American father, Tony Parker was raised in France and rose to prominence as a star amateur basketball player there, before being drafted by the NBA’s San Antonio Spurs in 2001. From there, the rest is history: four NBA championships with the Spurs, 1,254 games played, six All-Star selections and recognition as the 2007 NBA Finals MVP. He was an integral part of one of the NBA’s longest-lasting dynasties, and a feature of the tabloid pages after his marriage to actress Eva Longoria, but despite all that remains a relative unknown to casual American fans. Tony Parker: The Final Shot provides context to Parker’s remarkable life story, including his final season in the league with the Charlotte Hornets.

Our Take: More than any of the other major North American sports, the NBA has striven to become an international game, capturing the world’s imagination with the 1992 Olympic men’s basketball “Dream Team” and the worldwide marketing reach of icons like Michael Jordan. This internationalization is a two-way street, though, with an influx of overseas players bringing their skills and unique styles of play to the American stage. Today, many of the league’s top players come from European leagues or other overseas destinations. Though Tony Parker wasn’t the first to do so, the longevity and stardom he found playing in the NBA helped usher in the current era of the game, one that’s truly a global pastime.

Parker’s San Antonio Spurs were the NBA’s quietest dynasty, picking up championship trophies every few years behind the practical, methodical, maddeningly-competent play of a cast that included stars Tim Duncan and Manu Ginobli, with Parker running point. They never dominated the sport’s psyche in the way that Kobe Bryant’s Lakers or LeBron James’s Cavaliers and Heat did, but they stealthily racked up a resume to rival any other, and that success was inseparable from that of Parker, the unassuming star handling the ball.

The Final Shot follows Parker’s story from his upbringing as the son of an American-born European basketball star to his time in an elite Parisian basketball academy, on to his arrival with the Spurs in 2001, a team that was in win-now mode. “Tony didn’t look like he was ready,” former teammate and NBA Hall of Famer David Robinson laughs. “He looked like a little skinny kid. I don’t think we were expecting much of anything, to be honest.” He quickly proved himself, though, becoming a full-time starter in his first season and helping the Spurs to a title in his second. From there, the rest was history, with Parker going on to play 18 seasons in the league, all but the last as a starter.

Parker’s story may not have the deep drama of Michael Jordan’s retirement and return, or the pathos of Tiger Woods’ emotional rise and fall, but it’s a compelling story of a star whose impact has frankly been underappreciated by many. The Final Shot is a well-rounded documentary that features interviews from all the important figures in his life and career. Shot at the end of his playing days, it’s also a stirring portrait of an athlete who’s been at the top of his game for much of his life learning when to finally walk away from the game.