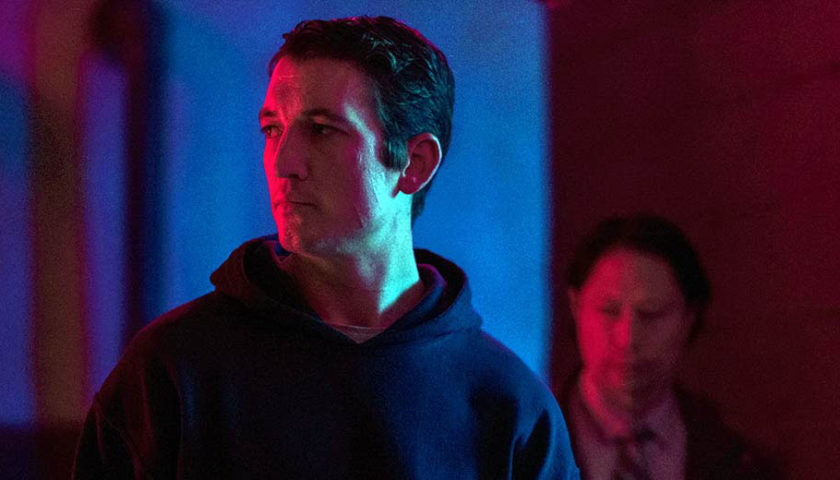 Review: “The more perfect society gets, the more psychotic we become,” someone says early in Nicolas Winding Refn’s “Too Old to Die Young”—or rather, early in the fourth episode, which was screened (along with the fifth) out of competition here at Cannes. Even the world’s most prestigious film festival is no longer immune to the TV-versus-movies debate, and Refn, whose “Drive” and “The Neon Demon” screened in competition (with the former taking the best-director prize), is well poised to make the case that a web series can be an auteurist medium. (The show will launch on Amazon this month.)

Though it was baffling to start with episode four, “Too Old to Die Young,” which stars Miles Teller as a detective with the Los Angeles County sheriff’s department who moonlights as a vigilante hit man, is weird enough that you suspect that tuning in at the beginning would be equally confounding. Like David Lynch—whose “Twin Peaks” revival, of which “Too Old to Die Young” plays like a junior-varsity version, had a screening here two years ago—Refn is so fervently devoted to his own peculiar pacing and cosmology that nothing plays like it’s been designed for chaptered viewing. The only option is to go with the flow.

That Martin (Teller) is a killer for hire becomes clear almost immediately, when he shoots a man who is watching the climax of Curtis Harrington’s “Night Tide.” (Maybe the dead man was using Refn’s online streaming service.) In the main plot of what screened, Martin, who only wants to kill only the most degenerate of marks—he refuses to shoot  a man who merely owes a debt of $8,000—takes an assignment to go Albuquerque to kill two pornographer brothers (James Urbaniak and Brad Hunt).

“Too Old to Die Young” won’t change anyone’s mind on whether Refn’s depiction of the exploitation of women—and, here, men as well—is gratuitous. A tolerance for Refn’s stylistic tics (stolid line readings, neons piercing through darkness) and metaphysical gibberish is also a requirement. (The show, which Refn wrote with comic-book artist Ed Brubaker, argues that although humans may have built civilization and split the atom, breaking “the very fabric of reality,” their violent impulses from their days as hunter-gatherers never really went away.)

Martin, masquerading as a drifter on the run from a breakup, insinuates his way into a conversation with the two brothers at a nearly empty bar. The scene plays out well beyond a conventional length, and Martin’s resulting shambles of a kill attempt—there’s a high-speed car chase and a desert standoff that appears inspired by Erich von Stroheim’s “Greed”—grows progressively more complicated and surprising. With patience, it’s possible to adjust to the show’s peculiar pacing and structure and get on its macho wavelength, even if you sometimes wonder if the filmmaker ought to be checked for psychosis himself.

I had more trouble settling in to the rhythm of Bertrand Bonello’s “Zombi Child,” a torpid exercise in intellectualized horror shown in Directors’ Fortnight, which aims for a modern riff on Jacques Tourneur’s “I Walked With a Zombie” and ends up with something far sillier, and even a little dubious as allegory. Cutting between present-day Paris and a backstory in Haiti in 1962, the movie centers on two young women, Fanny (Louis Labèque) and Mélissa (Wislanda Louimat). A refugee from the 2010 Haitian earthquake, Mélissa is new to the Legion d’Honneur boarding school and being considered for induction into Fanny’s sorority. She can also sometimes be found making strange heaving noises in the middle of the night. It turns out that she has brought voodoo customs with her from Haiti. And when Fanny has her heart broken, she is eager to make use of that magic.

Bonello (“Nocturama,” “House of Pleasures”) is a smart enough filmmaker that he surely intends to make a point about French feelings of entitlement toward Haitian customs, and the film is already being read as having likened the half-alive, half-dead state of zombiedom to the specter of being ruled by a foreign country. But the parable has several layers, and “Zombi Child” becomes more troubling when it is viewed in light of the migrant crisis in Europe: After all, in this movie, refugees really arebringing danger to France. And in so far as it portrays outsiders as “others” to be feared, “Zombi Child” seems to traffic in some of the xenophobia it presumably means to decry.

Even taken purely as a fright flick, though, “Zombi Child” falls well short of the suavity of Bonello’s other movies. The dubbing effects at the climax wouldn’t look out of place in a “Exorcist” sequel.