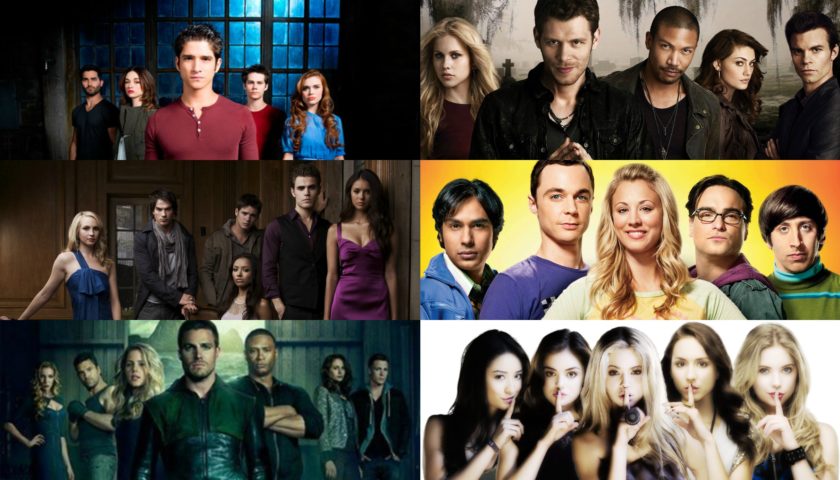 Romance oftentimes comes in packages. Either bundled with ample drama, rib-tickling comedy or intriguing fantasy. The premise of this article relies on the very fact of how there don’t exist any mainstream romance-only TV shows anymore and that the romance is always a part of the deal, if not the deal itself. To pick the best romantic TV shows from the ocean of sitcoms, thrillers, suspense, and fantasy TV shows is an arduous task and it is next to impossible to be both exhaustive and just in choosing TV shows from the pile of infinity.

Primarily, romance or otherwise, the TV shows on this list have been a part of the ecosystem for quite some time and their immense popularity, the cult status, the performances, the awards, critical acclaim and recognition and the development of their characters is something that makes them worthwhile. By the means of this list, we bring to you such romantic series that are the best in class as far as heartwarming or heartbreaking romance is concerned and which have stood the test of time, along with their added sub-genres of course. Again, here is the list of top romantic TV series for adults. 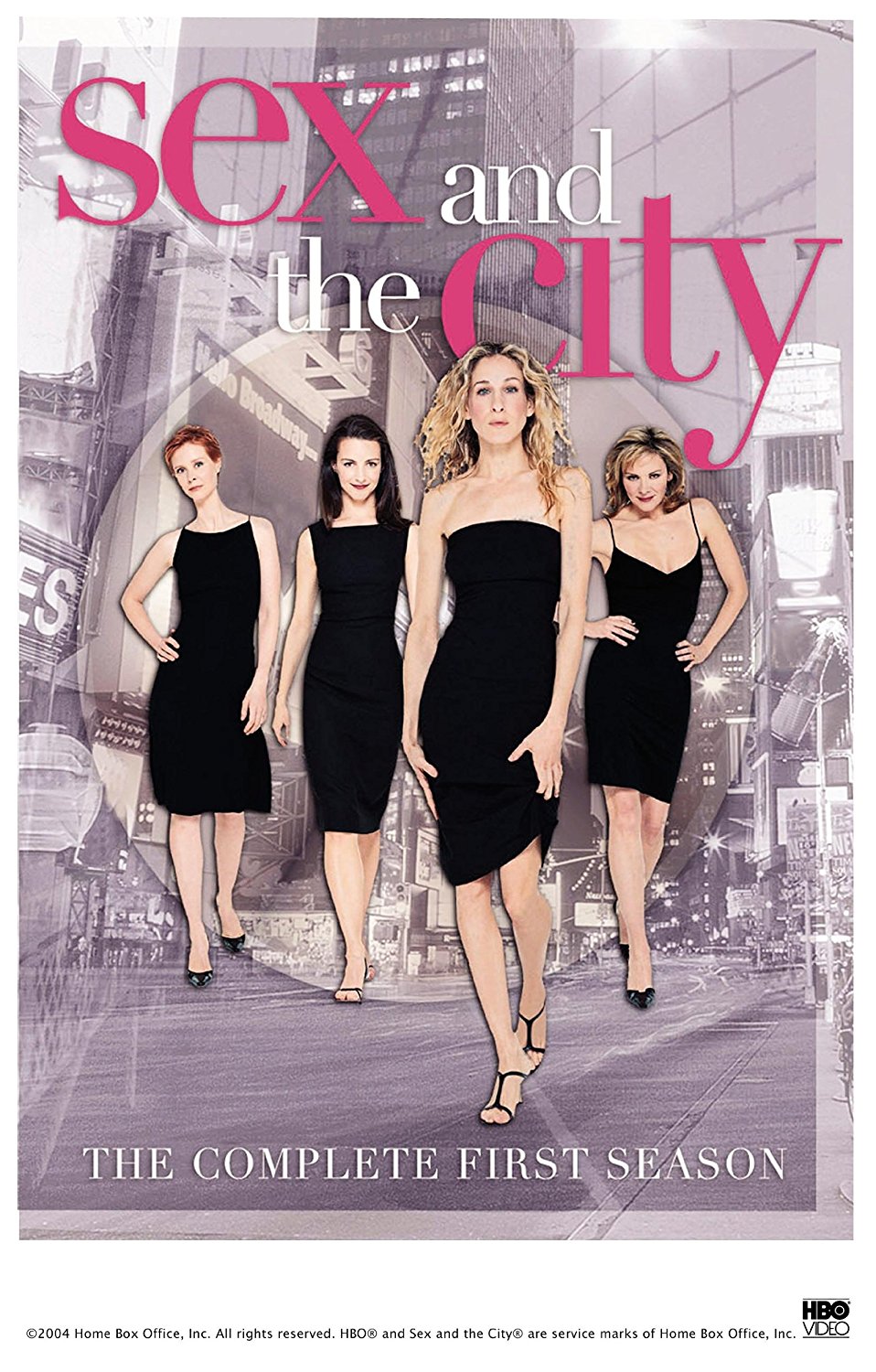 Well, to sum it up, a group of four middle-aged women explores the meaning of life in general in the changing world of 90’s, while having a close bond among themselves and trying to delve into the intricacies of friendships, casual relationships, and sexualities. Their journey from friendships to deep, binding relationships is exhilarating, and what follows is their eventual stumble and the realization that life’s purpose is to keep moving forward. Based on the critical acclaim the series and movies of the same name have garnered over the years, it won’t be a folly to call it a cult TV show, given the characters’ hard-learned lessons on romance, tragedy, and the occasional intimacies with an ample dosage of drama and tears that follow. 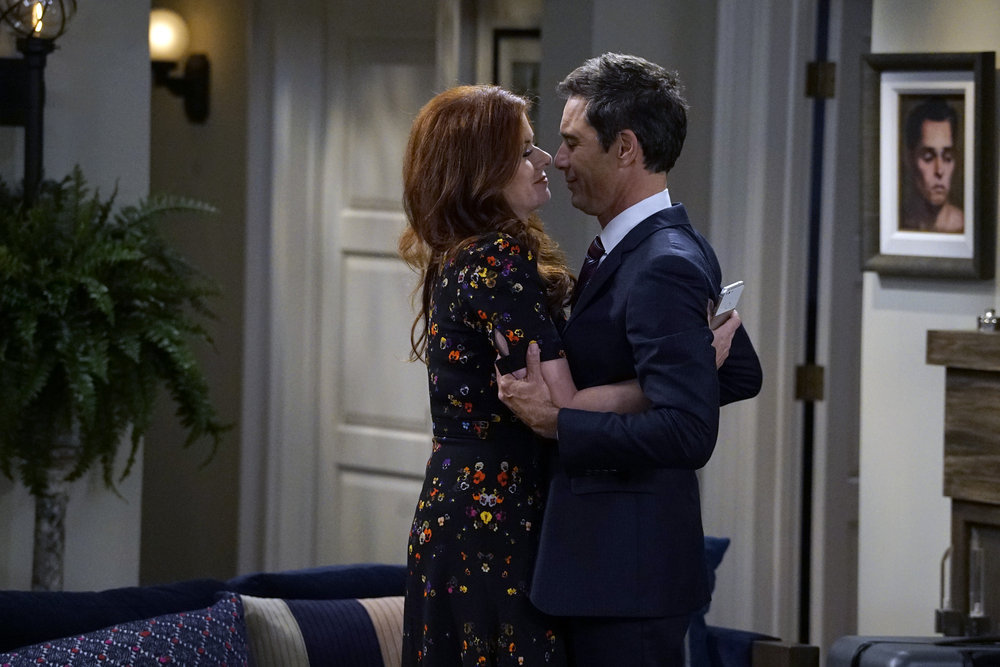 Perhaps one of the first and the boldest TV shows to recognize the LGBT community and also being one of the firsts in breaking many stereotypes, ‘Will & Grace’ is a romance-comedy with many-a-twists. Eric McCormack’s Will is a gay man and a lawyer, who is impeccable with his self-grooming and general discipline. He kinda reminds me of Sheldon Cooper, but not to the extent of being a socially awkward genius. Enter Grace, an interior designer, and also a foodie. As Grace becomes Will’s roommate after the former’s split up from her boyfriend, new equations evolve between them, but not to the extent of fomenting a relationship. Jack, who is Will’s gay best friend and Karen, Grace’s assistant, is also a part of the troupe. The journey of Will & Grace to their self-realization is unmissable. 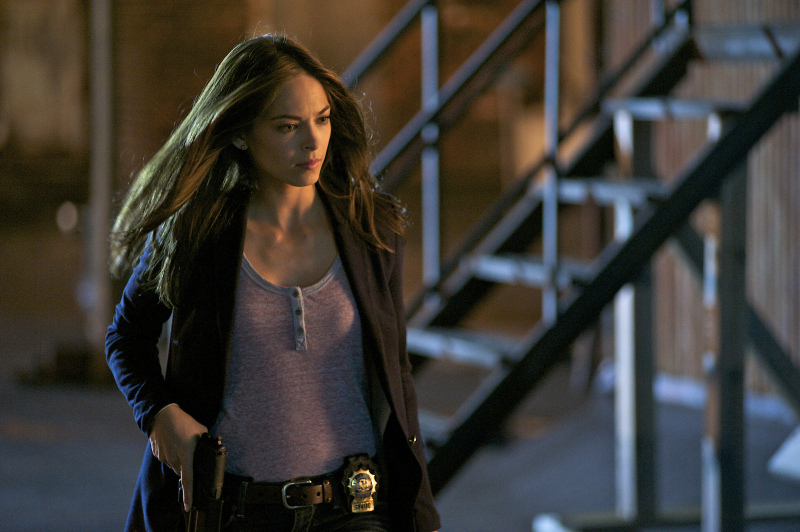 Yep, before the Emma Watson’s blockbuster movie, there was the TV show. ‘Beauty and the Beast’ could be called as a modern-day rendition of the popular fairytale, although unfortunately, it couldn’t live up to the hype. The TV show primarily revolves around an NYPD detective Catherine, who is still haunted by the murder of her mother leaving herself behind in a shadow of the doubt, and that of someone who mysteriously saved her. In the present day, she’s scourging for the whereabouts of Vincent Keller, the once presumed KIA, who turns into a horrifying beast when angered. As Catherine falls for Vincent, they need to lay low and stay away from Muirfield, a vile organization who’s on the hunt for the beast. ‘Beauty and the Beast’ has a great premise but fails in most of the departments owing to a weak storyline, even though it has its own “good” moments. 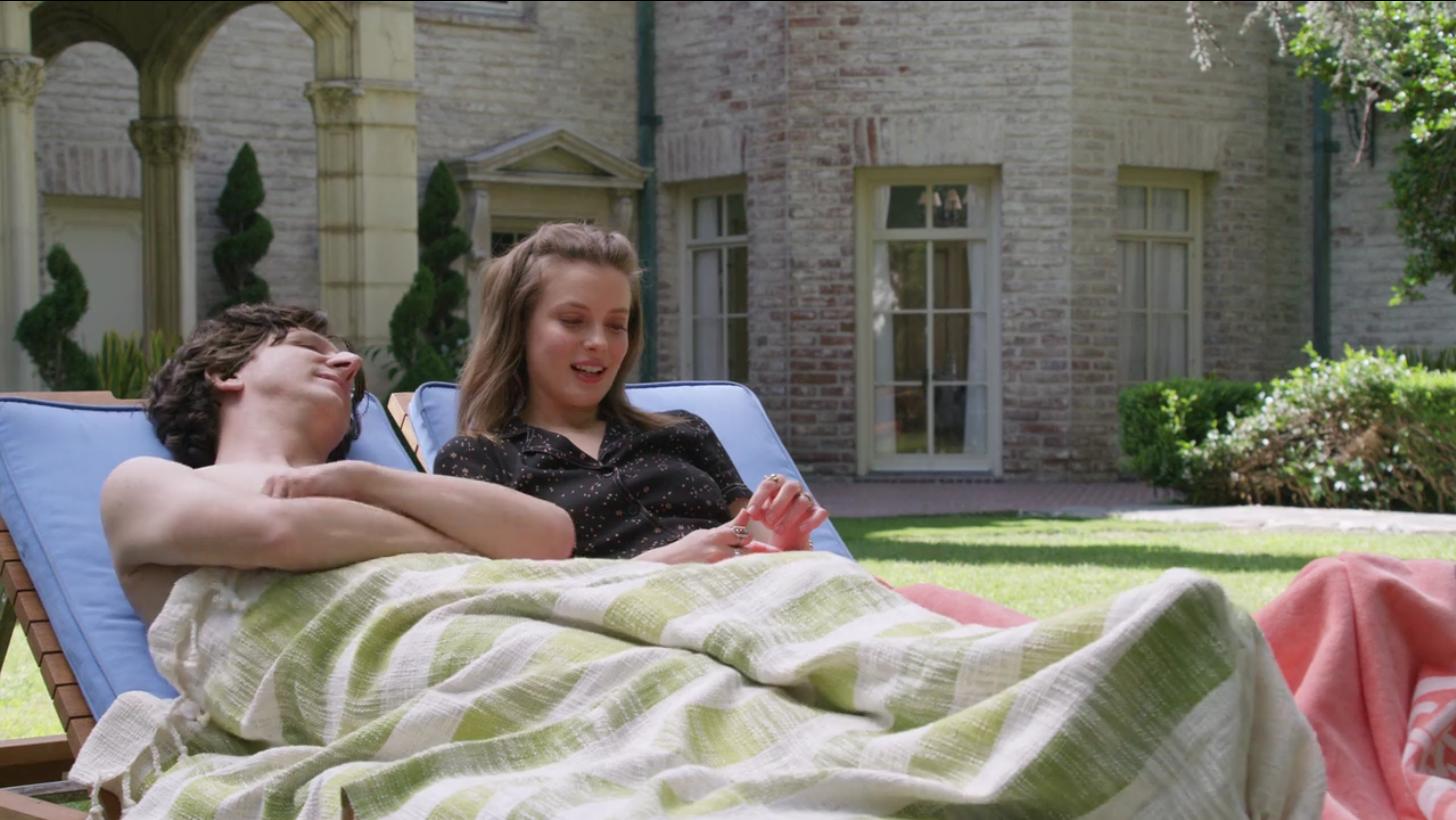 This Netflix’s rom-com is Judd Apatow’s latest brainchild and features Mickey and Gus as the protagonists. While Mickey calls herself a sex-addict and is troubled with erratic and impulsive behavior, Gus is happy-go-lucky at best, while being accommodating to Mickey’s ways and often acquiescing to her “needs”. The honesty, humor and the performances work in the favor of the series and seemingly makes falling in love easier yet again. The realistic portrayals and the script steal the show. 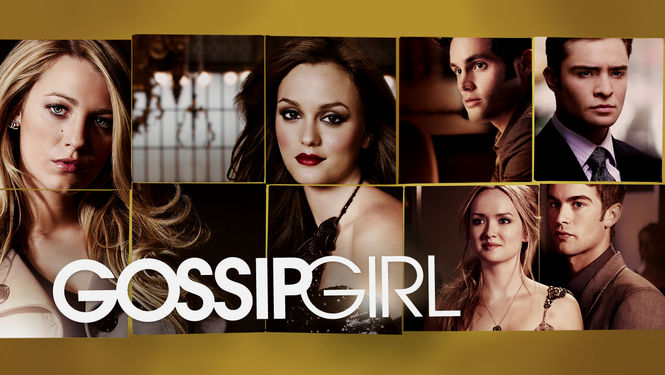 Many would draw similarities from this show from their personal lives (except for the filthy riches, maybe). The premise is set around a gossip girl a.k.a. a know-it-all blogger who makes a revelation that Serena, the blonde girl who was missing, has returned to Manhattan. Blair, the queen bee and the wannabe of the high school is a known frenemy of Serena. Nate, Blair’s boyfriend has “turned” since Serena has returned. Chuck is a spoilt brat and has all the crass to talk about in the world. How the relationships between these “fantastic” four faces the ups and downs of their sullen lives form the crux of the series. Not an out-and-out romance though, but the feel and the riches are worthwhile. And fictional. 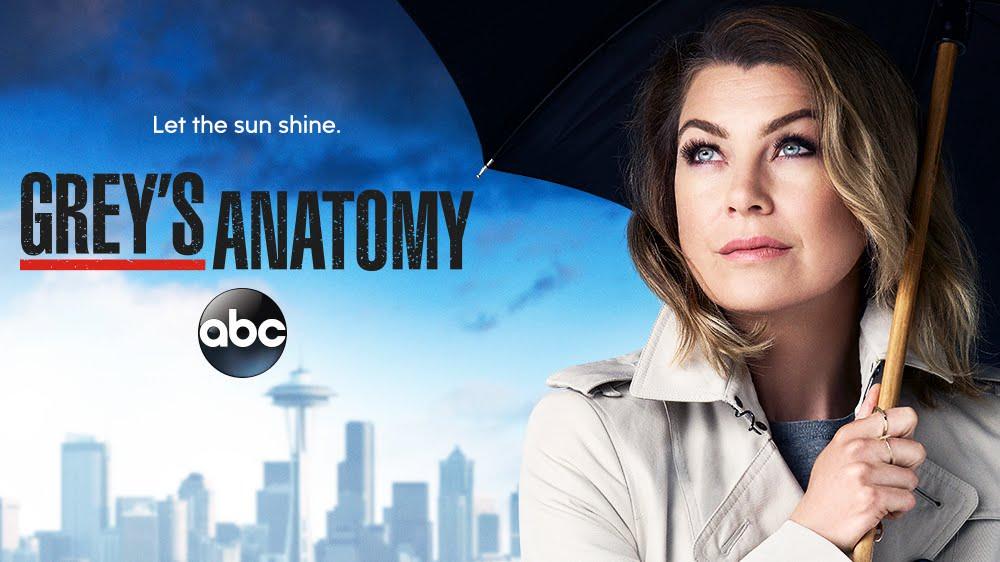 One of the longest-running TV series out there, and most certainly the best of the medical drama, ‘Grey’s Anatomy’ surrounds Meredith Grey, an interning surgeon at the Seattle Grace Hospital. Meredith, along with her fellow interns and their supervising doctors goes through a paradigm change in her personal and professional lives, with live-or-die circumstances on a daily basis and no-breather schedules to follow. Meredith’s heart lies with Derek, a resident neurosurgeon and the hospital’s heartthrob in general. How her romance in office along with her personal struggles and a reputation of her dad to maintain falls through is everything the TV show is about. ‘Grey’s Anatomy’ has a barrage of new characters coming in with each new season and still has many eggs to hatch, but has a way to go on the romance-drama front. 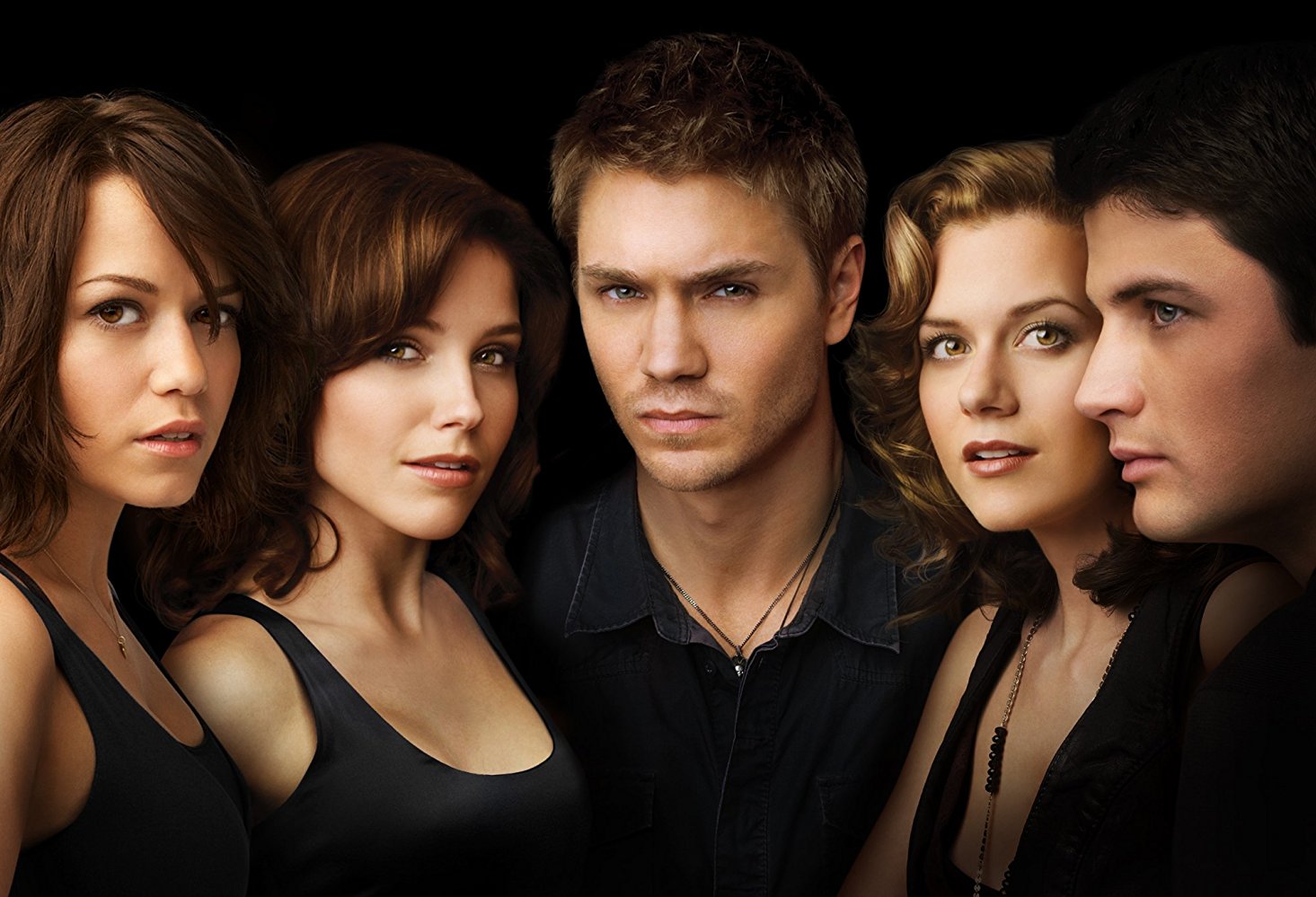 The sensational high-school drama revolves around two half-brothers – Lucas and Nathan and their initial rivalry in the high school, especially in the Tree Hills Ravens, the school’s basketball team. Nathan, who is already leading the team is wary of Lucas’ presence in the team as a new entrant. Lucas also steps up the game when it is revealed to the viewers that he’s all in love with Peyton, Nathan’s girlfriend. Something both Lucas and Nathan could relate to, their father too had an on and off relationship with both of their mothers, thus reinforcing their animosity among each other. Lucas – the neglected child and a rising darling of the high school’s populace, has to put up with the simmering love between himself and Peyton while rising up the ranks of the basketball team. As the series has progressed, new characters/love-interests were introduced and also, the heights of enmity between Lucas and Nathan has seemingly come to a halt. 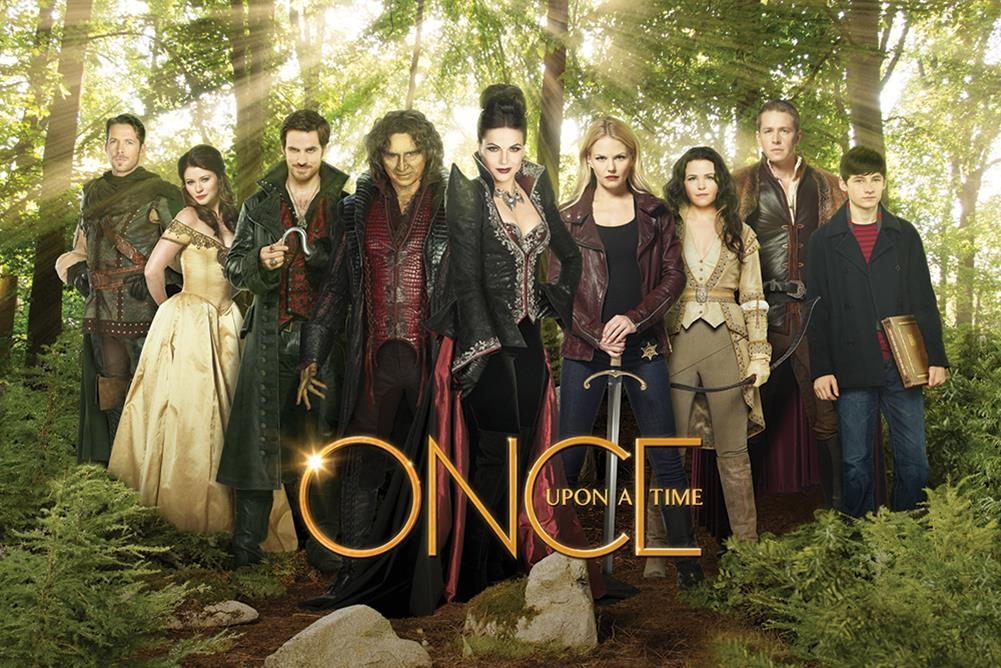 Oh, the eternal romance of the Prince Charming and Snow White, topped with a modern-day twist. ‘Once Upon a Time’ would’ve been no different from the folk of Snow White if not for the curse cast by the evil queen upon all the guests on Snow White and Prince Charming’s wedding eve. As a result of the curse, all the characters are deprived of their memories and their own selves and are sent to the quiet town of Storybrooke in Maine. Twenty-eight years later, the present day Emma Swan, who is also touted to be the daughter of Snow White and Prince Charming and who was sent back by her parents away from the Enchanted Forest to shield her from the curse of the evil queen, must visit Storybrooke to break the curse. As the story progresses, turns out that the evil queen is disguised as the mayor of the town and Emma must take the fight to her. Perhaps a perfect way to bring a romantic fairytale to life in a modern-day’s context. 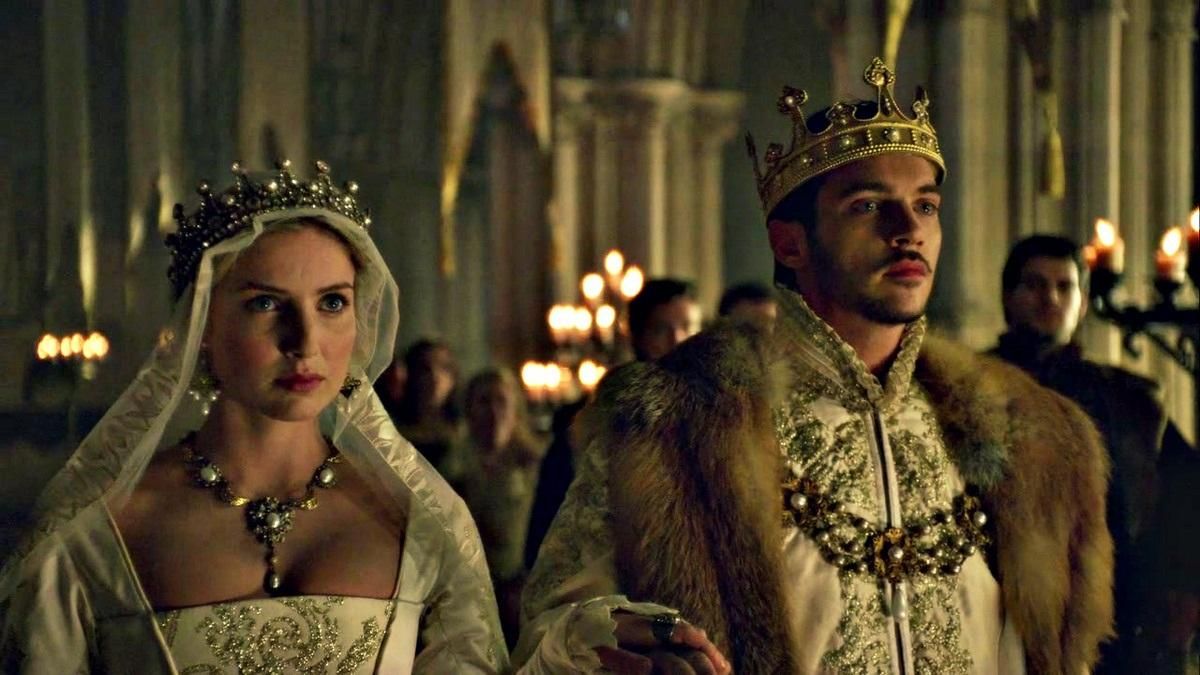 For the history buffs and fans of GOT (to an extent), ‘The Tudors’ is set in the sixteenth century England (then “Kingdom of England”) during the reign of King Henry VIII. As the young Tudor inherits his wealthy and powerful kingdom, he finds many loopholes among his own people, with assassination attempts and coups against his own throne. His desperation begins with his rooting for a male heir who has been non-existent so far, followed by his “search” for another queen and his eventual separation from Katherine of Aragon, his first wife. Henry’s Apple of the eye in the series, Anne Boleyn, hogs most of the limelight, as we witness him making constitutional reforms and separating the Church of England from the Papal authority owing to their differences, only to marry her, all the while during wars and political turmoils. As it is, King Henry’s six marriages across the four seasons form the crux of this series, and more than the romance, it is his never-ending lust for power and furthering his bloodline that summarises his reign. 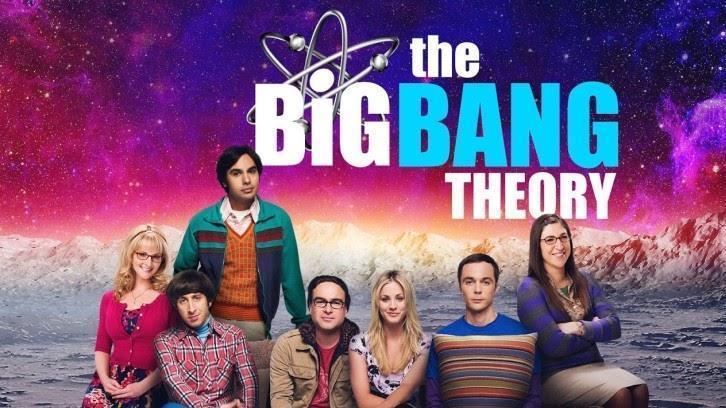 Don’t get me wrong, but if and when practicalities of romance are concerned, I find none of the TV series better than our beloved TBBT. My favourite on this list, ‘The Big Bang Theory’ has tickled us on many fronts and we have cherished its characters more than the TV show itself. Primarily set around four socially-awkward geeks – Leonard, Sheldon, Raj, and Howard and Leonard and Sheldon’s next door blonde sultry neighbor Penny, the series starts on a romantic (bordering with lust) note when Leonard has an instant liking for his new neighbor Penny. As the series has progressed and evolved over the years, with stunning character development – especially that of the protagonists, their romance-interests – Amy, Emily/Lucy, Bernadette ( for Sheldon, Raj, and Howard respectively) and the introduction of supporting cast as series regulars (especially Stuart), TBBT has turned into a phenomenon which is better witnessed than told. Eleven seasons of pure awe and fun, if you will.