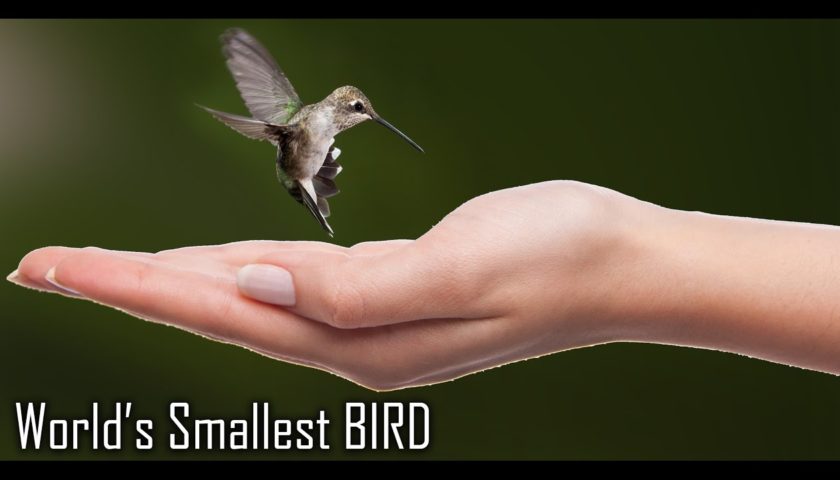 Birds are awesome and they come in various shape and sizes. The Smallest bird in the world (Bee Hummingbird) weighs just 1.6 gm whereas the largest Bird in the world (Ostrich) weights 104 Kg. In this article First scientific study of World’s smallest birds was done by Juan Lembeye in the year 1850, and in that year he published the list of 10 Smallest Birds. In this list, we are not deviating from popular scientific researchers.

Here we present the Top Ten smallest birds in the world. 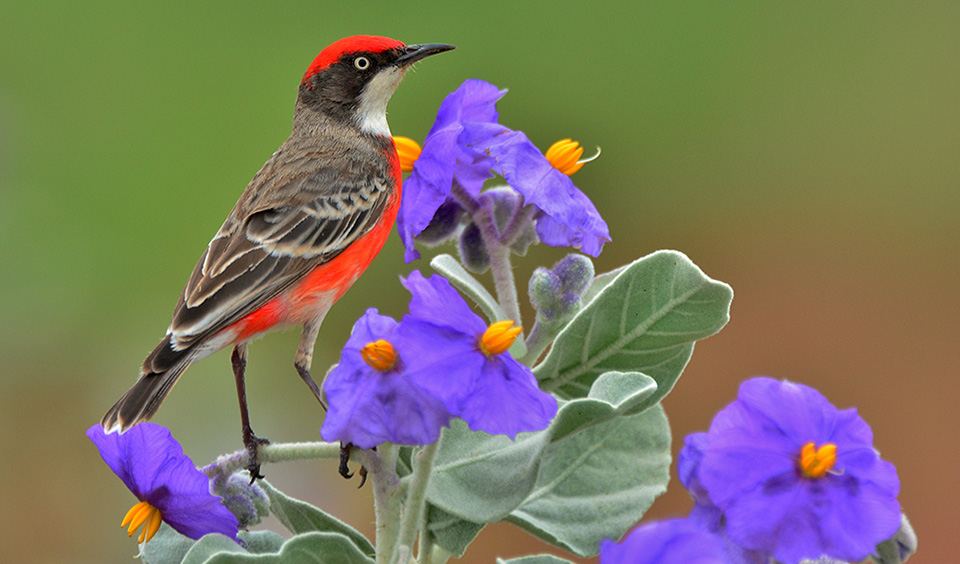 Crimson Chat is found widely in Australia. This bird has long legs and downward-curving bill. Its brush-like tongue helps to eat insects, spiders, flower nectar, and seeds. Males crimson chats are more brightly colored than female which helps them to find a mate in the breeding season. Their breeding season lasts from the month August to November. Most calls of Crimson Chat are soft, but when agitated it makes aggressive chattering sound. With an average length of 10-13 cm and 10 g of weight, The Crimson Chat is the 10th smallest bird in the world. 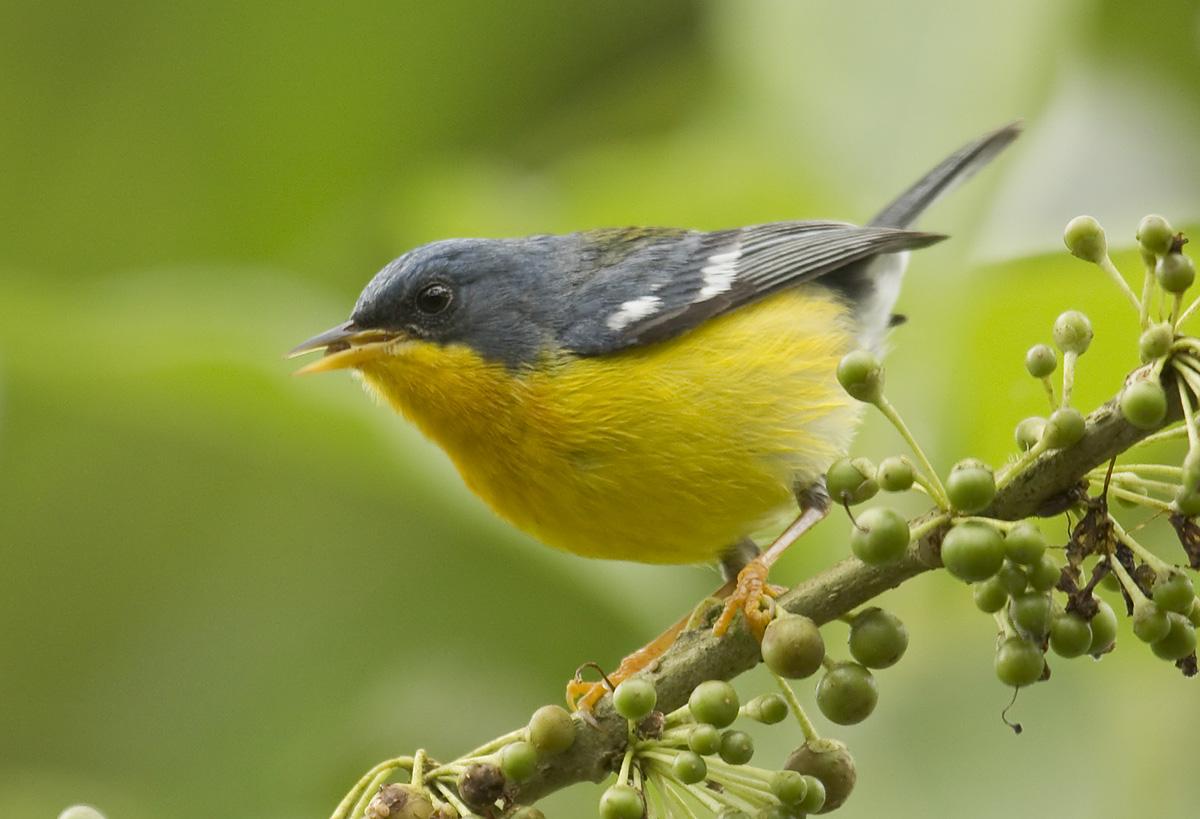 Tropical Parula is mainly found in Amazon basin. The adult male has a blue-grey head,upper part, and tale. Its underpart is colored bright yellow.Tropical Parula has 14 species, among which smallest species is about 11cm long and weighs around 6g. It’s unusual call consist of sharp and thin twitch. But when alarmed it calls in a high thin node. Tropical Parula is mostly carnivorous and eats spiders and insects, but occasionally it eats seed and nectar. 11cm length puts Tropical Parula in 9th position in the list. 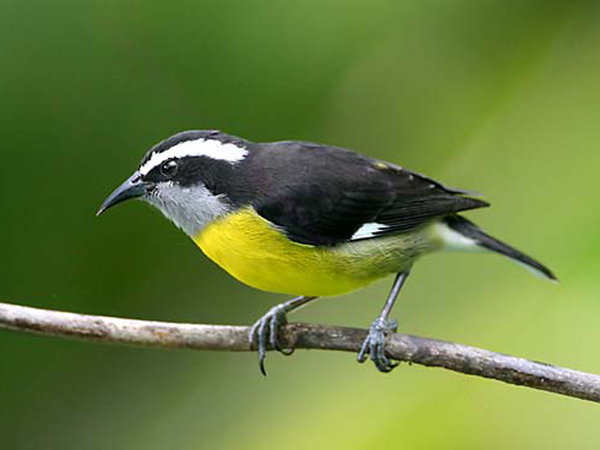 Bananaquit can be commonly found in the west indies, Caribbean islands and in the southern part of Brazil. Bananaquit is a highly social animal and can be found in flower and fruit gardens in search of food. Bananaquit has dark gray upper part and bright yellow lower part with Black head crown. Its curved bill helps to eat nectar from flowers. As it cannot hover like a hummingbird, it perches every time they eat. In breeding season, it lays 2-4 white eggs which take 12-14 days to hatch. 9 grams weight and 9.5 cm length puts Bananaquit at 8th position in the list of Top 10 smallest birds in the world. 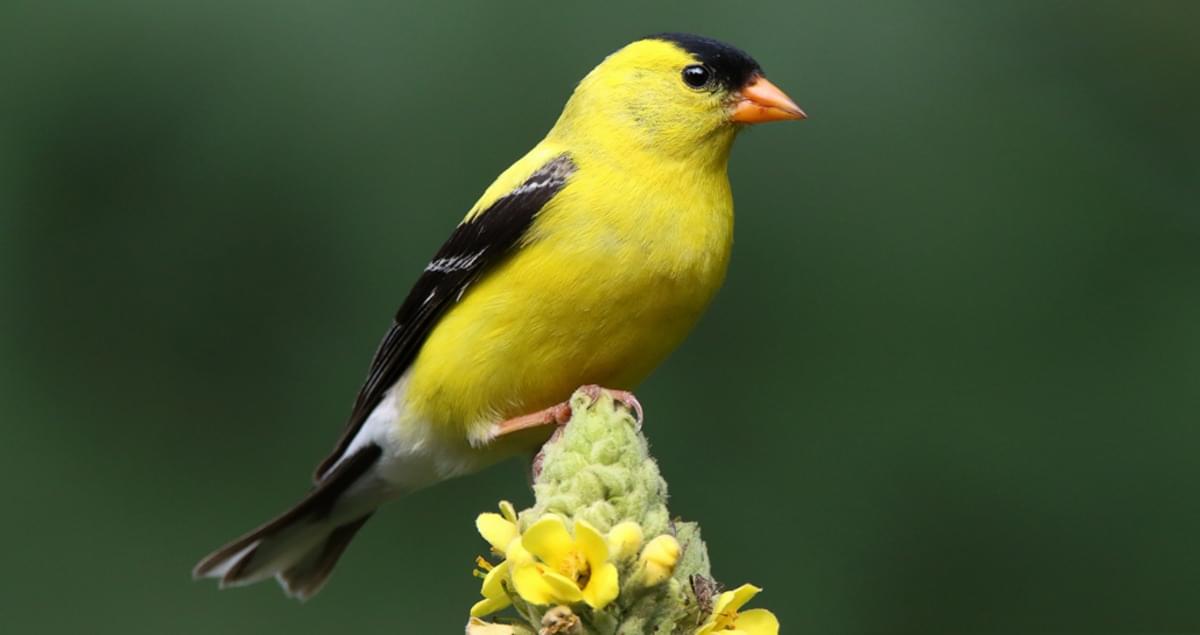 American Goldfinch is a small north American bird from finch family. It’s commonly found in United state, but can also be found in southern part of Canada and northern Mexico. During summer male Goldfinch’s body feathers are bright yellow, wings and head crown are black.

Goldfinch molts its feather twice a year (late winter, and middle of summer). Goldfinch can live up to 10 years (thanks to it’s all vegetarian diet). It lays 2-7 blueish white egg at a time. The American goldfinch is the 7th smallest Bird in the world. 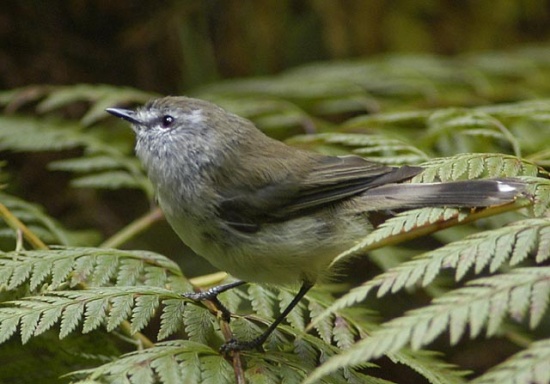 The bird was previously known as the brown warbler. It is found in eastern coasts of Australia. It is seen in groups of two or four in coastal rainforests. It mainly consumes insects. Its upper part along with face is olive-brown and it lower part looks like pale gray. 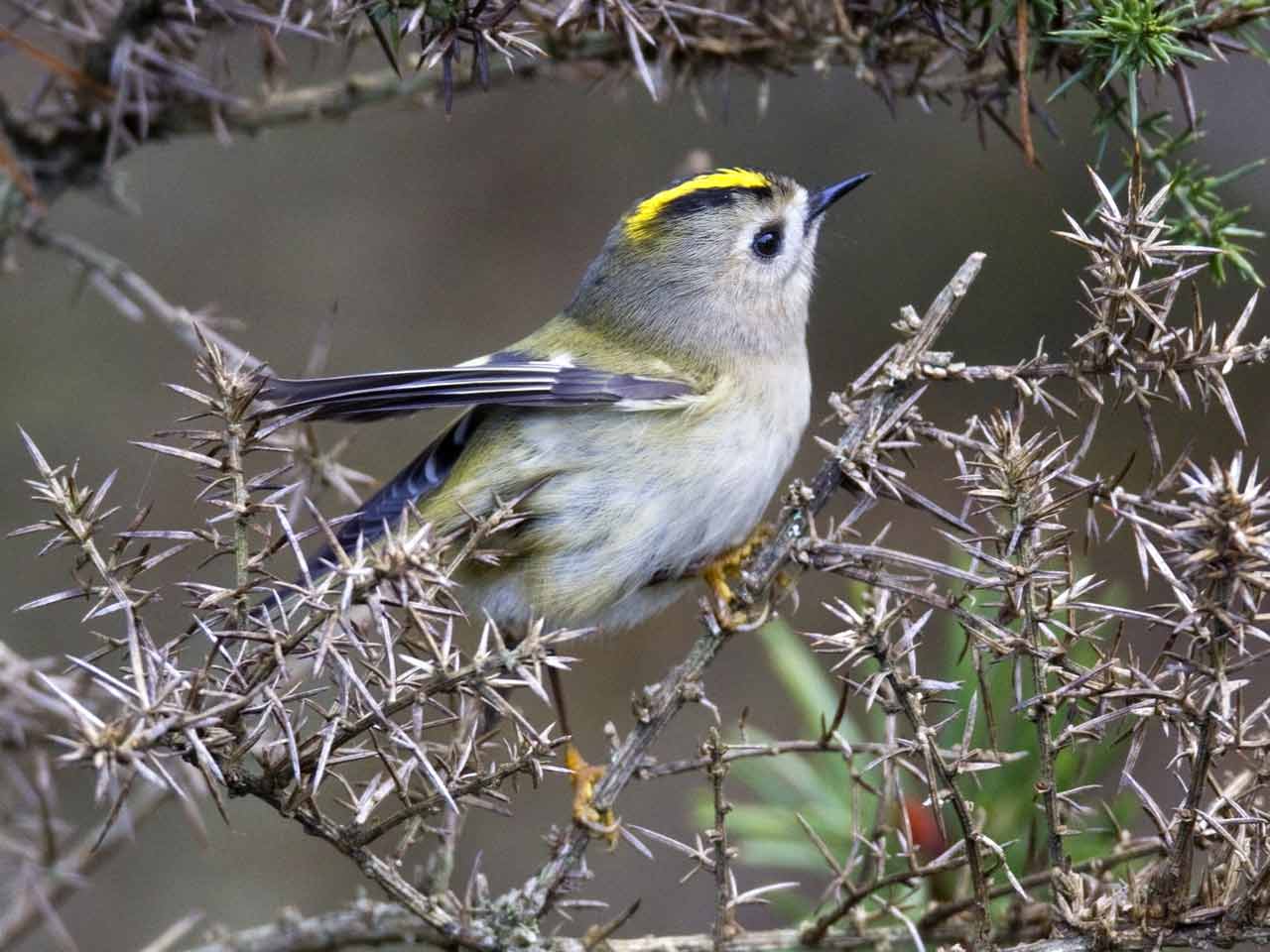 Goldcrest is the smallest bird in Europe but the bird can also be found in various locations including Asia, Europe, United Kingdom, Wales, China, Russia, Himalayas. It is also called the king of birds in European folklore. 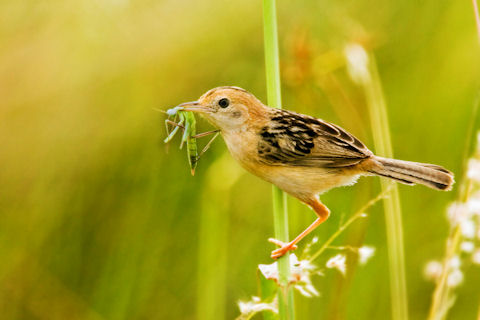 It is called the tailor bird for its ability to do human-like sewing. They are also known as bright-headed cisticola. It is found from west Australia, India, and China. They consume insects and seeds. Male and female both work in nest-building but the female usually incubate the eggs. 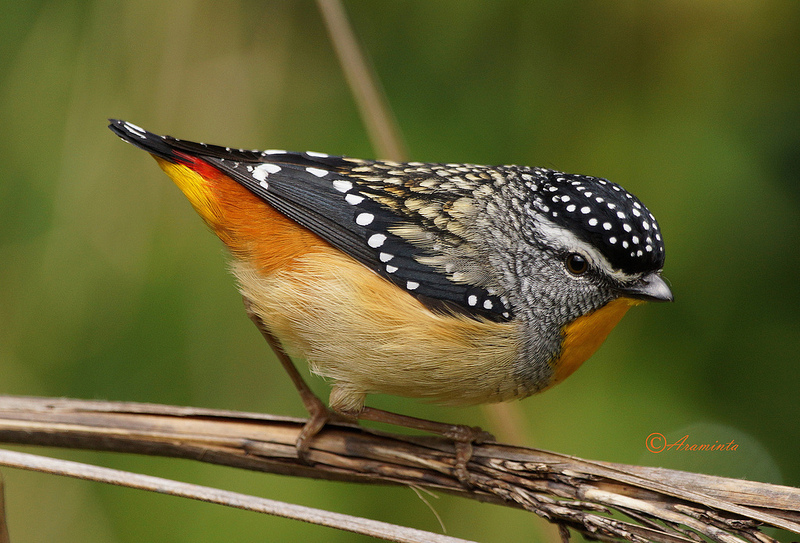 This is a very pretty bird, with colourful spots in the crown and the neck. They generally live in small family groups in long horizontal tunnels on the ground level, or in the hollows of the trees. They consume insects, lerps, spiders, etc. Both male and female work together in nest-building, incubating the eggs and feeding the chicks. Pardalote secures the 3rd spot in our list. 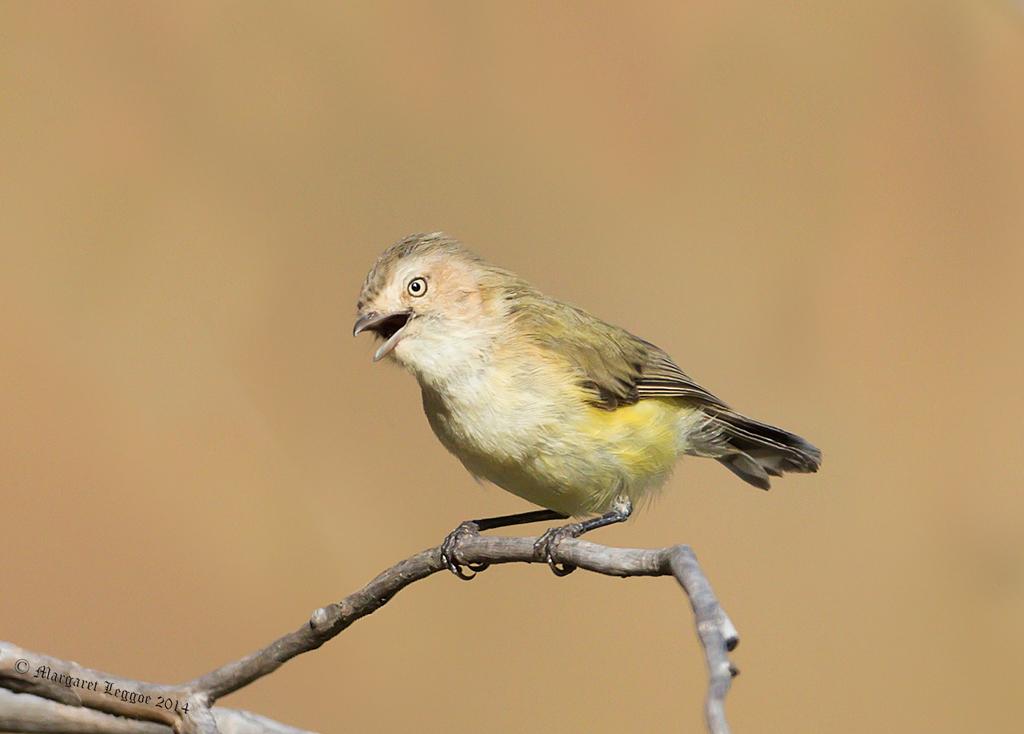 It is an Australian bird mostly found in the woodland of middle Australia. They spend most of their time searching for insects and larvae in the woods, trees, etc. Female lays two or even three cream-colored eggs at a time. With a weight of just 6gms Weebill is the 2nd smallest bird in the world (next to bee hummingbird). 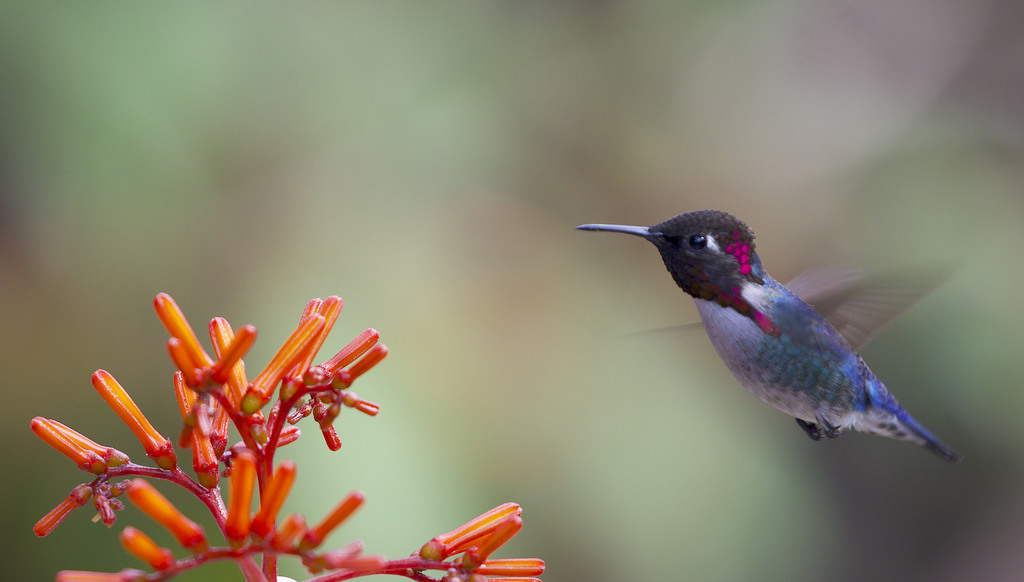 As its name suggest, it is likely to be the size of a bee, but it is a bit larger than a bee. It is the smallest living bird in the world. Male and female can be distinguished by size, as the female is slightly bigger than the male. They are generally found in the dense forest of Cuba. Female lays two eggs at a time, being the size of a pea.

Bee Hummingbird is the smallest bird in the world with a weight of just 1.6 gms (Slightly lighter than US penny).

We are sure that this list provided you some shocking and interesting facts about birds. If you want to know more read Top 10 Largest Birds in The World. Do share this list with your friend and family to let them also know about this. If you have an interest in birds : Here is a question for you : Which set of birds can hold the position of 11 and 15 in our list? Do let us know in the comment section.