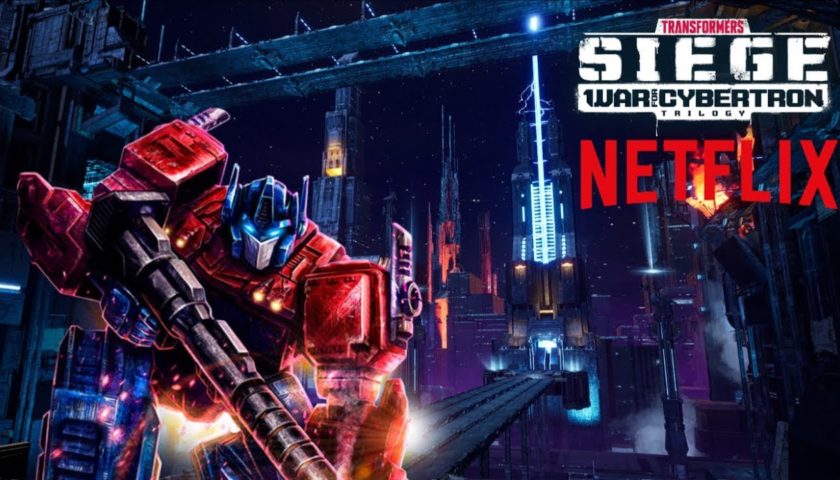 The official trailer for epic animated series Transformers: War for Cybertron has finally landed. The forthcoming series hails from Netflix and Hasbro, Inc., in partnership with Rooster Teeth Animation. The newest trailer arrives just a few months after the first trailer for War for Cybertron was unveiled at the New York Toy Fair earlier this year.

Netflix’s War for Cybertron is an epic and intense look at the war between the Autobots, led by Optimus Prime, and the Decepticons, led by Megatron. As the trailer teases, these two factions are fighting for control of the Allspark, the life-giving entity which makes the Transformers way of life possible. What’s also evident in this moody trailer is just how thoughtful and dense the series will be, with Optimus Prime trying to find a reason worthy of continuing to lead the Autobots into battle even though the Decepticons seem to be winning mightily. Luckily, this is just a teaser for the first of a three-part trilogy, so even though the Autobots are down when this series opens, they aren’t out of the fight yet.

Transformers: War for Cybertron Trilogy: Siege will arrive on Netflix on Thursday, July 30. Watch the official trailer for the new Transformers series below. Get even more updates on all things Transformers here.

Here’s the synopsis for Transformers: War For Cybertron Trilogy: Siege:

It is the final hours of the devastating civil war between the Autobots and Decepticons. The war that has torn apart their home planet of Cybertron is at a tipping point. Two leaders, Optimus Prime and Megatron, both want to save their world and unify their people, but only on their own terms. In an attempt to end the conflict, Megatron is forced to consider using the Allspark, the source of all life and power on Cybertron, to “reformat” the Autobots, thus “unifying” Cybertron. Outnumbered, outgunned, and under Siege, the battle-weary Autobots orchestrate a desperate series of counterstrikes on a mission that, if everything somehow goes right, will end with an unthinkable choice: kill their planet in order to save it.