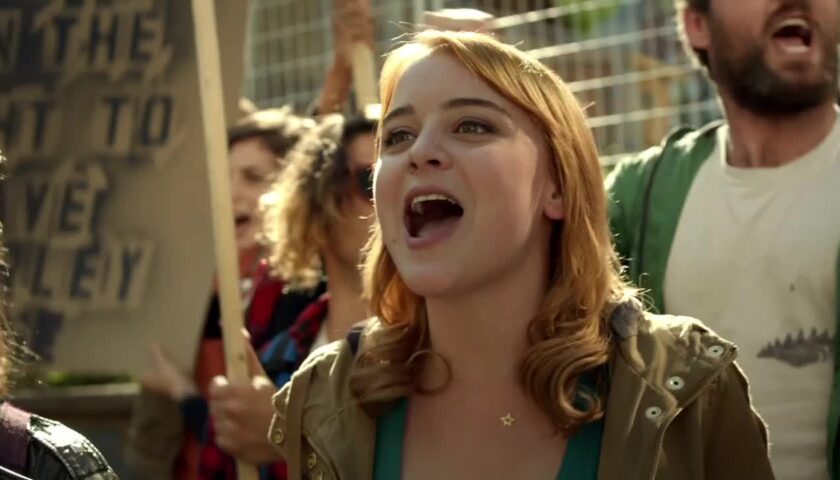 Barry Pepper has made a name for himself playing secondary characters in movies like Saving Private Ryan and True Grit. Now, he’s headlining action-thriller Trigger Point as former government operative Nicolas Brazer, who went into hiding years ago after being captured, tortured and forced to give up the identities of his team members. Like many a character being called back into service after believing they’re out, Nicolas is highly capable but also highly reluctant. Pepper portrays him as a weary, taciturn loner, and given he’s in almost every frame of the film, this doesn’t make for an especially dynamic or exciting central character, even as Nicolas shoots first and asks questions later. Still, Trigger Point is solidly made and contains just enough action to be diverting, even though its abrupt ending makes it feel woefully incomplete.

After Nicolas escaped from his torturers, many branded him a traitor, but even though Nicolas can’t remember more than brief flashes of the events that led him to betray his team, he doesn’t believe what he did was deliberate. So, when an old ally, Elias Kane, seeks him out to report that Monica (Eve Harlow), one of his former colleagues, is missing, he inevitably springs back into action hoping to save her. As Nicolas and Elias follow the clues, Nicolas starts to uncover the truths hidden in his own mind about what happened when he was captured, resulting in revelations that completely change his understanding of what happened and who his friends and enemies really are.

Trigger Point, which was written by Michael Vickerson and directed by Brad Turner, relies on viewers’ belief in the righteousness of Nicolas and starts by establishing what a good guy he is to his unassuming neighbors, including a pregnant stray cat. So later, when he starts killing pretty much everyone who crosses his path, we can assume he must be doing the right thing. Of course, it doesn’t hurt that we’ve seen this basic plotline before. Movies like The Fugitive, Mission: Impossible and Captain America: The Winter Soldier have given us a template for this story, ensuring we know who to root for, even if Trigger Point is never as compelling as those other titles.

Pepper’s a good actor, but here, he mostly just looks exhausted. He betrays very little as Nicolas, so the movie relies on the other characters to inject some life into the proceedings. This is where The Umbrella Academy’s Feore comes in handy. He plays Elias as avuncular but slippery, making him far more interesting than straight-arrow Nicolas. In addition, Jayne Eastwood, as a small-town bookshop owner Nicolas has struck up a friendship with, is a breath of fresh air in a small but pivotal role. On the other hand, fans who are excited to check out the performance of Smallville’s Laura Vandervoort will be sorely disappointed. Despite being given a prominent place in the credits, Vandervoort’s total screen time amounts to a mere minute or two.

The likely reason for this is Trigger Point is setting up a sequel. The movie projects this ambition when after a brief 82 minutes, it doesn’t so much end as suddenly stop after sending Nicolas on another mission to uncover more about his past. After deliberately laying out its plot for the bulk of its runtime, only concluding one small part of it is deeply unsatisfying. It’s rare that a movie seems like it should be longer, but Trigger Point would have been a lot more gratifying if it had seen its plot through. No announcements have yet been made on a follow-up, so while Trigger Point may want to be the beginning of a new franchise, it relies on viewers seeing a film that feels incomplete. And paradoxically, until a franchise comes to fruition, there’s nothing in this competently made but ultimately unfinished film that makes it essential viewing.