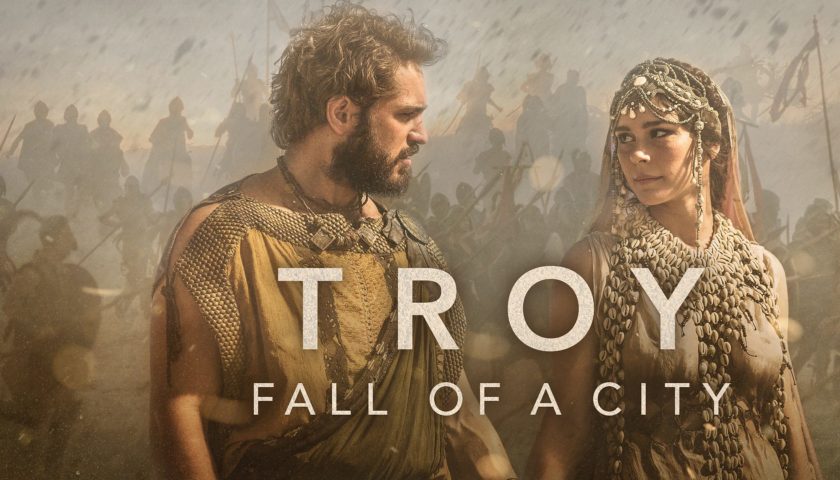 Review: I’ve seen all the various attempts on the topic of the Iliad: from Hollywood’s high budget Troy, to the Italian cinema of the 60’s to the latest attempt from the BBC. Every single one has its failings, but this latest one is well on course to be worst from the lot.

It beggars belief how the various products fail to stay true to the essence of this work of Art and on the extreme occasions, totally ruin the experience, like this BBC series. I mean, honestly, we are talking about a timeless Classic, loved by millions and studied over the centuries, so nothing is ‘broken’ that needs ‘fixing’ through the ‘modern’ prism the directors are trying to introduce.

I have seen here a few people stating that the negative reviews stem from a nationalistic reaction. While it is true that this series and the approach it has taken does show a lack of respect to the Greek Culture, it is actually far more than that: it shows lack of respect to the creation of Homer that is universally acclaimed.

Homer’s Iliad is an epic poem that uses the war to illustrate human behaviours like courage, friendship, love for one’s country, honour and duty, respect to the Gods, the negative effects of arrogance, jealousy, I can go on…. One look at the characters in this series is enough to show that they are as far removed from the essence of the Homeric characters as Pluto from Aphrodite. Nowhere to be seen the expected behaviours of Hector, Achilles, the set of values that drive them. It is all a caricature, or worse of the real heroes. Then, combine with the wooden acting and the result is painful to watch. All that, without even having to get into the conversation about the skin colour of the actors selected, which to be frank would have been a minor point had everything else been true to the original.

All in all, there is no purpose for this series being created, other than to offend. If you have read and loved the Iliad, this will ruin all the emotions you took from it. If you’ve never been exposed to Homer’s work, making this series as your first interaction is dangerous in that it is so contrary to the literary Classic that it disrespects its message. Could have been tolerated if it was presented as a satire, but in this light avoid at all costs.

PS. If someone wanted to see how you can put your own art as a director to a Classical piece of work, while still being true to its essence and spirit, watch Titus Andronicus with Anthony Hopkins. Enough said there…