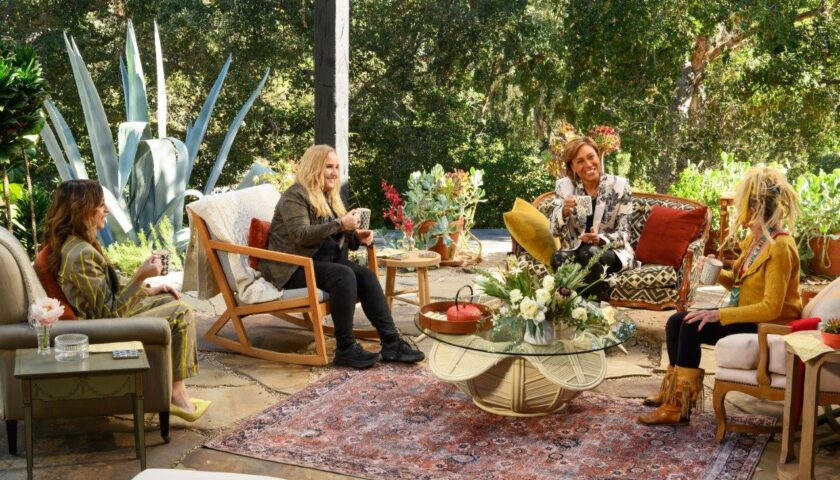 “There’s nothing that no one does not know about me,” Robin Roberts says in her new series “Turning the Tables With Robin Roberts.” “And that’s OK! I do keep some things.”

That balance — being widely but not deeply known — is what makes a morning-TV star. An anchor of “Good Morning America” since 2005, Roberts has been in the role longer than her counterparts at NBC’s “Today” or CBS’ “This Morning.” Her personal story has been genially folded into her presentation of the news for many years. But it’s with Disney Plus’ “Turning the Tables” (which she executive produces with LeBron James, among others) that she makes a point of opening up.

The show’s name indicates that Roberts is speaking more frankly than she otherwise might, to people who are, if not exactly interviewing her, then at least having a free discussion. She has convened groups of well-known women in intimate settings, and emboldened by the less rigorous format, Roberts shares her stories with the audience. For instance, she describes her grief over her mother’s death, or her anxiety over interviewing then-President Obama about marriage equality in 2012, when she was herself not publicly out.

The tables may be turned, but Roberts is still doing the heavy lifting. When she’s not speaking, the guests, often meeting for the first time, lean on well-intended but airy mantras or conduct mutual-compliment sessions. From tennis legend Billie Jean King to rising country star Mickey Guyton, they have real wisdom to share and span generations. But the group’s tendency to settle for a platitude means that we don’t learn much more about many of the participants.

There are moments of intrigue and insight, as when Jamie Lee Curtis describes her hard-won sobriety or “Saved by the Bell” performer Josie Totah illuminates her early steps toward transition. But the show’s lack of strictures ends up hurting it, as guests rush to fill silences. Few moments are allowed to land without the group attempting to contextualize them within each episode’s vague theme (these include “Intuition,” “Vulnerability” and “Authenticity”).

Roberts wants to have an impact beyond reporting the news. Her stories of her own life as a daughter, a sister, a cancer survivor, a lesbian churchgoer, are movingly delivered. And for all the revelations that “Turning the Tables” presents as spontaneous, they surely are also the product of thought about how best to show off a new side. But too often throughout this four-episode series, one wonders how Roberts would interview any one of the people she has brought together. It’s admirable that she strips away the bustle of morning-show broadcasting. But the impulse within “Turning the Tables” to provide a safe place for conversation ends up sanding off all edge the show might have had. We know less about Roberts, by the end of four episodes, than we might have expected. And perhaps that’s by design.