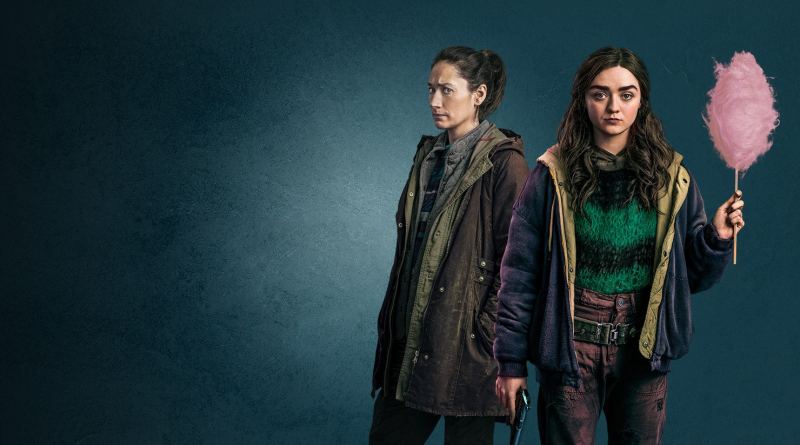 It has been a busy week for Maisie Williams with The New Mutants hitting cinema and now her new TV show Two Weeks To Live making its way way to Sky and here is my review for it. The premise of the show sees a young girl set out on a mission to avenge her fathers death.

Main Character So as I mentioned Maisie Williams plays the main character and she does an okay job here. She does have some moments where she is a fun character and you care about her but we just don’t see it enough and really I blame the writing for her character. She is just so naive and it is so unbelievable that somebody who has been trained so much would know so little about the world is unbelievable. Also, she just can’t rise above the poor dialogue, which is there quite a bit and she doesn’t always do a good job with it even though I think any actress would have struggled here.

Supporting Characters I mean there are quite a few of weaker supporting characters but I will mention the ones I thought did an okay job here. Sian Clifford as Williams mum was fine and I actually thought they worked pretty well together and the dynamic was okay, I mean nothing special but you take what you can here. Sean Pertwee has a smaller role here and he is fantastic, he is so awesome here and has the best interactions with Williams in the whole show, it is just a shame that he is barely here. Now onto the weaker elements of the cast, Taheen Modak and Mawaan Rizwan plays two brothers dragged into the mess and they are truly terrible, these guys have no chemistry together and their comedic timing is just not there. The show tries to make you care about them and you just really don’t. Great actor Jason Flemyng plays a crooked cop and I usually like him but he was pretty bland here and I thought he could have been played by almost anybody.

Story The story here is all over the place, imagine the first season of the Amazon show Hanna but it’s in England and is a comedy and isn’t funny and that is what you have here. Every twist and turn you see coming from a mile away and it is as cliche as possible, everything that happens here you have seen somewhere else and seen much better.

Script Easily the weak part of this show is the wrting, it is so bland and generic. Whether that is the characters or the story there is nothing original and nothing to really keep you watching or be interested in a future season. There are a couple of laughs but not enough for a comedy and not enough drama to make it a drama so who knows what they were truly going for.

Style The style of the show does actually have some okay action, especially in the 2nd episode where it is actually well done. But the show peaks at that point and never hits this height again also thank goodness it is only 6 episodes and 30 mins long each but that doesn’t give the plot time to breath and develop naturally.

Overall Overall, this is another poor Sky show. It does nothing to drag you in and is just another generic show and I hope Williams can get back on track and start making good things.