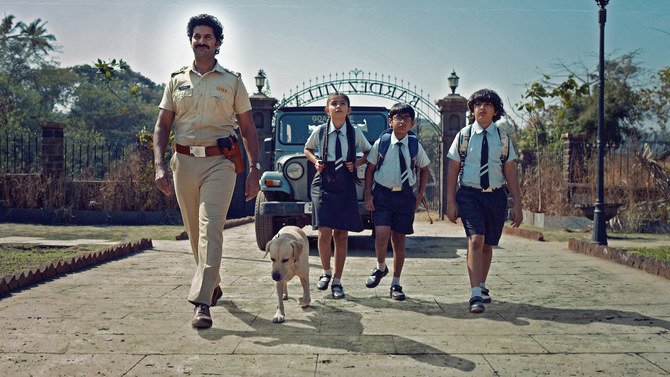 Review: Global streaming giant, Netflix has unveiled “Typewriter” as the latest series addition to its growing slate of Indian original content. The series is a haunted house story set in Goa.

Directed by Sujoy Ghosh, writer and director of “Kahaani,” the series is about a haunted house and a haunted book that stir the imagination of a group of young, wannabe ghost hunters. When a new family and their attractive daughter move into the haunted home, the crew finds it difficult to balance the demands of school and chores with the renewed urgency of capturing the neighborhood ghost before it is too late.

Netflix has enjoyed early success with its local production initiatives in India, where the long-form series format is relatively new. Crime series “Sacred Games” is now in second season. The company is now readying cricket-themed drama “Selection Day,” for a Dec. 28 release.

It is also preparing a series adaptation of the “Baahubali” film and book franchise, and female empowerment story “Leila.” Emraan Hashmi is set as the lead of “Bard of Blood,” a political thriller produced by Red Chillies Entertainment, the production label of Indian superstar Shah Rukh Khan.

The show was revealed by Simran Sethi, India content executive, at a Netflix content showcase in Singapore. Netflix is also expected to unveil its backing for eight original films in India.

Typewriter was originally announced at a Netflix showcase event in Singapore last November, alongside over half a dozen films such as the critically-acclaimed Soni, Priyanka Chopra-produced Firebrand, Madhuri Dixit-produced 15 August, Manav Kaul-starrer Music Teacher, and Mithila Palkar and Abhay Deol-starrer Chopsticks, all of which have released earlier in 2019. For Netflix, Typewriter will be the fourth scripted series from India this year, after the Nirbhaya police investigation Delhi Crime in March, the second season of cricket drama Selection Day in April, and the dystopian drama Leila earlier in June.

Netflix has several other Indian series lined up for 2019, including the second season of Saif Ali Khan and Nawazuddin Siddiqui-starrer Sacred Games, the Shah Rukh Khan-produced thriller Bard of Blood, which might release in August or September, and the film series prequel Baahubali: Before the Beginning.

Best known for the 2012 mystery thriller Kahaani and 2003 comedy Jhankaar Beats, Typewriter will be the second project in 2019 for Ghosh, after the Amitabh Bachchan and Taapsee Pannu-starrer crime mystery thriller Badla, which was a remake of the Spanish film The Invisible Guest.