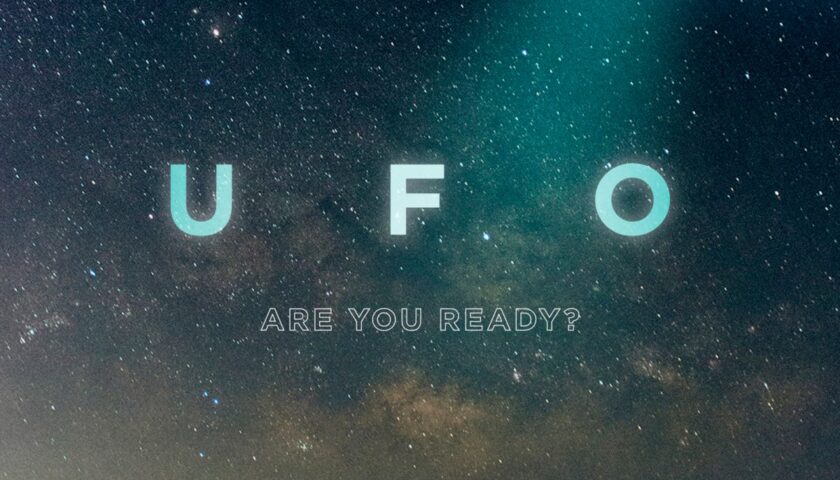 The first episode jumps off with a bombshell 2017 report from The New York Times about a secret Pentagon program called the Advanced Aerospace Threat Identification Program, which investigated claims of UFO sightings. The report was a bombshell because, as the UFO and unexplained phenomena experts interviewed discuss, it was the first time that a big news outlet like the Times was able to get verifiable information that the Pentagon actually investigated these reports.

It dredged up the idea that the government actually acknowledges that there might be extraterrestrial life out there but has taken measures to not only debunk reports of sightings, but also make it hard for people to obtain the information about the investigations via FOIA requests. The thought is that these sightings should be taken seriously and investigated thoroughly with the public in the loop.

The episode then looks into the “Phoenix Lights” case from March, 1997. In this case hundreds of people from all over Phoenix, AZ, saw a series of lights, mostly in a delta or triangular formation, moving silently at high speed through the night sky. Even Arizona’s governor at the time, Fife Symington, saw the lights after watching the late news and hearing about the sightings.

But the city government chose to ignore the reports; only one official, councilwoman Emma Barwood, even brought it up. The Air Force said it was flares from a flying exercise, which was a weak explanation at best. Symington was going to investigate on the state level, but he then called an emergency press conference in which he made light of the incident by dressing his chief of staff in an alien costume.

Both Barwood and Symington are interviewed for this episode; she maintains that someone got to Symington, especially because he was under a corruption indictment at the time, and offered him a chance to stay out of prison in exchange for putting on that show of a press conference. Symington maintains that he was just making a joke.

It’s hard to discuss U.F.O. without bringing up that Netflix series, considering the two debuted in the same week. Top Secret UFO Projects decided to take a more sensationalistic approach, with a deep-voiced announcer, bad CGI and more conspiracy-minded interview subjects. UFO explores the topic in more of a documentary style, using more archival footage from NASA and other sources, interviewing less hysterical experts, and trying to stay focused on particular incidents and how the government treated them.

The more reverential presentation takes much of the same information as the Netflix series and makes it more convincing, as does their examination of the Phoenix Lights incident. But that doesn’t mean that the speculation we get in the episode isn’t any less speculative.

Yes, the way Gov. Symington conducted himself both back then and in his present-day interview might generate a little side-eye reaction on the viewer’s part, but then we cut to Barwood, who lets her theory fly about why Symington put on that silly press conference. She takes a moment to tell the director that it’s just her theory, but still, it’s prominently featured.

And that’s the weakness of any show about UFOs. As one of the experts says, UFOs as a concept exist; they’re unexplained, whether they’re extraterrestrial or not. But the small percentage of the cases where the government can’t eventually find an explanation for what was seen should be investigated out in the open; the government chooses not to. So then facts turn into speculation and reports slide into conspiracy theory.

In the hands of more artful producers and directors, like the ones making UFO, listening to all of that speculation is a heck of a lot more entertaining than watching something that’s jamming the information down your throat like it’s a poorly-made QAnon video on YouTube. But the viewer has to keep in mind that, just because Abrams and Zipper produce the series doesn’t mean that what’s being talked about is any more true or any less conspiratorial.