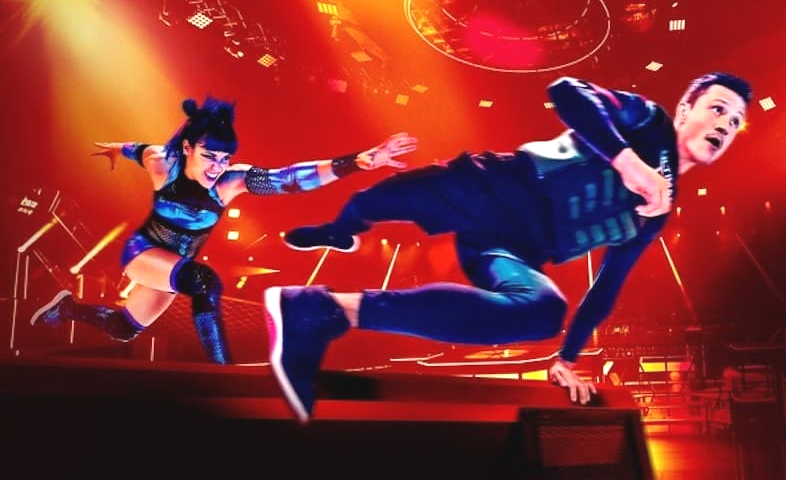 Opening Shot: In a dark studio, NFL superstar JJ Watt, says, “Welcome to the fastest, craziest, most intense game you’ve ever seen. This… is Ultimate Tag!” And then the studio lights up to show a crazy obstacle course.

The Gist: If Ultimate Tag sounds like a crazy version of everyone’s favorite childhood game, well, it is. Hosted by JJ Watt and his NFL star brothers TJ and Derek, the show pits three male and three female contestants against a set of “pro taggers” who chase them around an obstacle-filled field. If one of the pro taggers takes off a flag that’s Velcroed to the contestant’s jersey, that’s considered a “tag”.

The contestants are all accomplished athletes, but the pro taggers, who go by pro-wrestling-style names like “Banshee,” “Bulldog,” “Geek,” “The Iron Giantess,” “The Atomic Ant,” “The Flow” and more, are extremely skilled parkour artists, gigantic bodybuilders, agile freerunners, and other athletic puruits that allow them to easily vault and climb over the obstacles.

In the first round, the three competitors run in the same field, trying to avoid the pro tagger. The last contestant standing gets the most points. In the second round, the contestants have to avoid the tagger and hit a button on the other side of the course; if they’re tagged, they have to go to the beginning and start over. The person with the least points goes home. The third round is varied. The men have to avoid a tagger while climbing around a monkey-bars-style dome 30 feet up; after three tags, they’re out. The women do a “revenge tag” round, which wasn’t really covered well in the first episode.

The final round is a time competition, where each contestant has to avoid a tagger on a tough obstacle course, then avoid a second tagger on a pyramid they have to climb. When they push the lever at the top, their time stops. Each tag carries a 5-second penalty, and the contestant in the lead gets a 1-second advantage for every point they’re leading by. The winner of the final round gets $10,000.