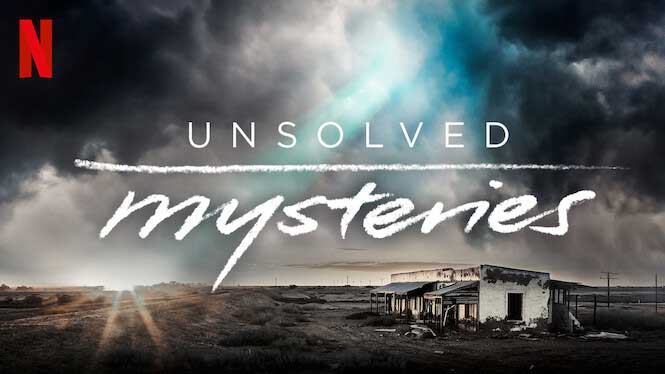 The original Unsolved mysteries was truly fantastic and holds a special place in many people’s hearts. It was a very innovative, disturbing, and truly thought provoking series of the late 80s – mid 90s network tv realm with a timeless host/narrator named Robert Stack who became the face of the show. The true stories were brought to life with solidly creepy reenactments, dramatic interview accounts, and plenty of updates on stories.

Maybe I’m just stuck in the past, but this new version seems like a completely different show void of any of the true creepy mystery the old show had. The new focus on one story per 50 min episode becomes plodding and dry even with the sleek camerawork and modernized presentation. There’s also obviously no host/narrator as there was with the original, and i cant get over that. No one can replace Stack, but a host would add some depth and intrigue imo. The intro/theme is very well done but that shouldn’t be the only slightly suspenseful part of the show.

Overall its a decent try at revitalizing the series but it ultimately feels uninspired and dull for most of the episodes. I commend their crisp camerawork and that alone makes it slightly watchable. There just isn’t really a sense of true mystery or creepiness to the stories that i felt. You’re better off just streaming the original series.

After watching 4/6 episodes currently available on Netflix I’m certainly pleased with the nostalgic feeling of interest and captivation accompanied by the original music and themes of the classic show hosted by Robert Stack. The recipe is missing an important ingredient however, in that there is no host to introduce, comment and conclude the stories. Don’t get me wrong, I understand that this was done as the creators and Netflix felt that there couldn’t be a replacement for such a perfect and iconic host, but this type of program isn’t near as effective with the absence of some kind of a narrating voice to help the story along. This absence is especially felt in episode 3 which is completely in subtitles as well as episode 5 where some witnesses of a UFO and alien abduction on their own seem rather… unconvincing to say the least..

This won’t deter me from watching the series in its entirety.. eventually. There just no shaking the feeling that you’re watching a collection of true crime documentary like shows with nothing to tie them together aside from the opening and closing theme music, so rather than waiting anxiously for the next volume to come out or wanting to watch all the episodes back to back, I’m satisfied knowing that I’ll be able to return and finish them up when there’s nothing else I’d rather watch or do.

Overall I’d award this show somewhere between 6 and 7 out of 10. If it were titled differently and didn’t contain the nostalgic elements I just may have gone harder on it, so I may have a slight bias here but none the less, it’s certainly worth watching in my opinion.