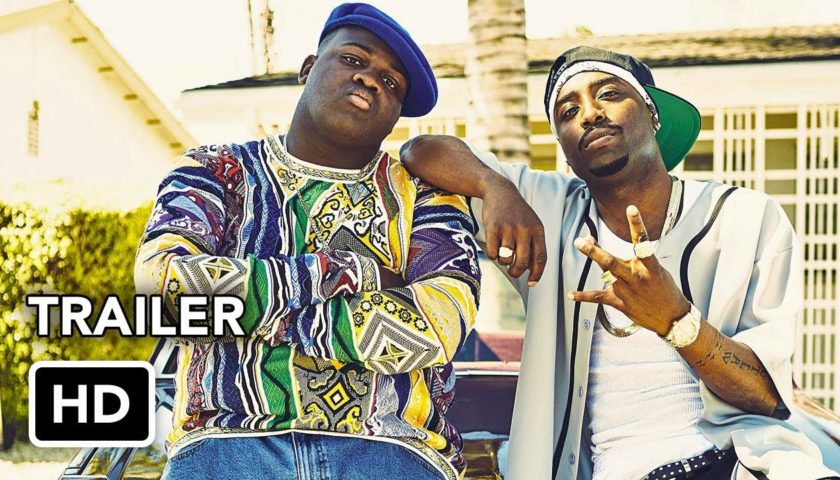 Unsolved The Murders of Tupac and the Notorious B.I.G. 2018 Tv Show

Review: This is a very good investigative biopic. While most productions will focus on either Tupac or Biggie, this one takes on the daunting task of exploring both mudrers and tying them together, and really does a great job of it. With so many expose’s in recent years in conjunction with the 20th anniversaries of the murders, from the Fox Tv special featuring Ice Cube, to the BET production focusing on the rise and fall of Death Row records, I wasnt expecting much going in, as it seems at this point that the angles of these murders have been explored ad nauseum. But as someone who was a fan of both artists who has closely followed the careers and investigations into their deaths, I must say the producers did an excellent job of taking a step back and looking at these murders from a fresh perspective.

Instead of trying to put forth any one prevailing theory as so many of the other investigative productions about Tupac and Biggie have done, this one really implores the viewer to think like an investigator and look at all possible angles and motives, even those that may seem far-fetched. I was expecting more of the same old Tupac and Biggie revisionist crap and thought it might be worthy of a quick laugh, but I was very pleasantly surprised. There is actually a great deal of substance here. This was excellently researched and there was clearly a lot of time, thought and effort put into this production, which in and of itself seems rare for productions today as so much tv and movies now operate from half baked premises and poorly thought out plot-lines, to the point that is condescending and insulting to the viewer’s intelligence.

There is a lot of primary source word for word information here that is far more in depth than many of the other investigative documentaries about these subjects. It’s so surprisingly detailed and accurate that the viewer forgets it is dramatization. This is almost to a fault because the casual viewer would assume that a USA miniseries would be mostly fake and embellished and won’t realize just how authentic much of the story is to real life.

Beyond just the solid research and exploration of facts, the dramatizations here are also very detailed and very well executed. For example,it is obvious that they did not have the rights to Biggies music, so instead of having his character perform generic sounding hip hop, they actually took the time to create their own original music, writing and producing songs that incorporate many of his catchphrases and vocal inflections with very similar sounding beats. While this idea sounds cringe-worthy, they actually did such a good job that it sounds like you might actually be listening to authentic unreleased Biggie material.

The casting is impeccable. The character of Tupac is flawlessly executed, much better than in previous attempts such as all eyes on me. Biggie is also very well cast. But what is really amazing is how well some of the smaller characters were treated such as Suge and most especially Tupac’s bodyguard Frank Alexander who is portrayed exceptionally well. The detail here can’t be overstated as they really capture the mannerisms, speech patterns, physical appearance, build and wardrobe of these four characters to an absolute T.

The one character that seems to take a wide departure from his real life counterpart is that of Detective Russel Poole, upon whom the entire mini-series is based. I assume since he is the main focus, the producers wanted to spice this character up a bit, as when you see actual footage of him he looked and talked nothing like the way he is portrayed here. They give him a little bit of an edge and even an inter-department love interest which seems purely fictitious. To be honest, some of the exchanges between the cops are a bit overdramatized and slightly cliched and somewhat campy. They also portray Poole as having the full support and resources of the LAPD at his disposal, however he mentioned numerous times in real life interviews that he lacked support and was often stonewalled by his department which ultimately led to his investigations being closed inconclusively and his early retirement from the force. Even though this is not authentic, it is helpful because it causes the viewer to think how they might solve the cases if they had full resources and support of the LAPD.

And that ultimately is what makes this series so great, is that it causes the viewer to think. Instead of just regurgitating the often quoted popular narrative of the ‘nothing to see here folks’ simple gang retaliation story put forth by Greg Kading that has been the main focus of most Biggie and Tupac productions in recent years, Unsolved really lives up to it’s title by exploring multiple viewpoints and raising some of the many important unanswered questions about these cases, underscoring the fact that even 20 years later they still remain unsolved.

It even touches on the often overlooked aspects of LAPD corruption and the officers who worked in deathrow records security, some of whom were also named in the infamous Rampart division scandal around the same time. They also touch on head of death row security Reggie Wright, whose father was head of the Compton gang unit before the Compton PD was disbanded for corruption, this angle alone providing enough material for it’s own documentary. This is just one example of the many real life details explored in this in depth dramatization of real events. Many potential suspects full actual names are given, so much so, one wonders how some of this passed muster through the legal department.

There are so many interesting parallels and unanswered questions about these highly complex investigations, and Unsolved does a great job of incorporating them without relying on an oversimplified open and shut approach for the sake of wrapping things up in a nice neat package for the viewer. It simply poses the hard questions and allows the viewer to draw their own conclusions. The production values are incredible for a tv miniseries. The reenactment of Tupac’s shooting is the most thorough and detailed I have seen, and there have been many attempts over the years. Overall this is an unexpectedly good series that will satisfy even the most hardcore and knowledgeable Tupac and Biggie fans. It also appeals to the non rap fan casual viewer who enjoys good crime investigation in the vein of first 48 or CSI. It’s a shame that it will be overlooked by many simply because so many Tupac and biggie features have already been done, but this one is truly unique and rises near the top of the list.

Unsolved The Murders of Tupac and the Notorious B.I.G. 2018 Tv Show