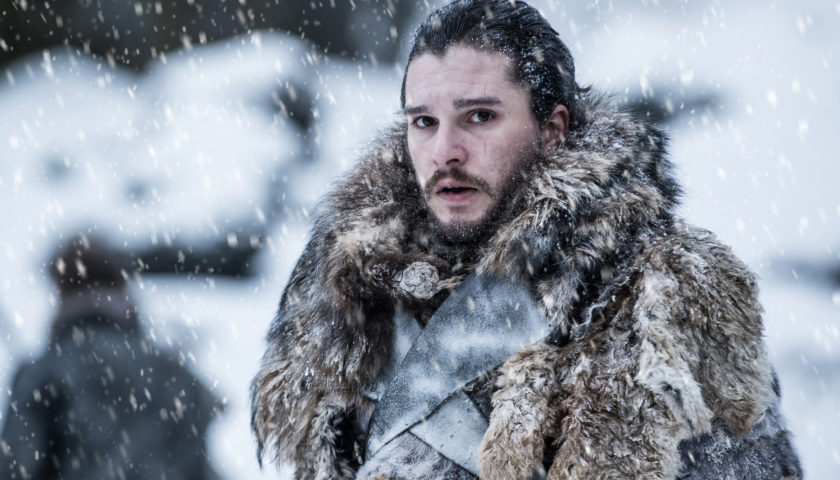 Review: Production is wrapping on the eighth and final season of Game of Thrones – which is not set to return sometime until 2019 – but today HBO confirmed that they green lit an untitled prequel to the mega hit from feature writer Jane Goldman and author/Game of Thrones co-executive producer George R.R. Martin.

The full synopsis via The Wrap: “Taking place thousands of years before the events of Game of Thrones, the series chronicles the world’s descent from the golden Age of Heroes into its darkest hour. And only one thing is for sure: from the horrifying secrets of Westeros’ history to the true origin of the white walkers, the mysteries of the East to the Starks of legend … it’s not the story we think we know.”

It’s unclear when the prequel will air, but in a previous interview, HBO president of programming Casey Bloys said he wanted there to be time between the finale of the original series and a spinoff. “There is not going to be anything in any scenario where we have any sort of prequel air for at least a year after that,” he told Deadline. “I want the final season of Game of Thrones to be the final season of Game of Thrones, I don’t want to use it to launch something else, I want it to stand as the finale of the greatest TV show of all time, I don’t want to do anything that infringes on that.”

The fact that the first spinoff of GoT is going to be written and run by a woman has caused some to speculate that it might also have a female lead character, although no details have been revealed.

Game of Thrones creators David Benioff and D.B. Weiss have stepped away from any further work on the franchise. They were set to make a new series with HBO, titled Confederate, but are now focused on creating a new series of Star Wars films.