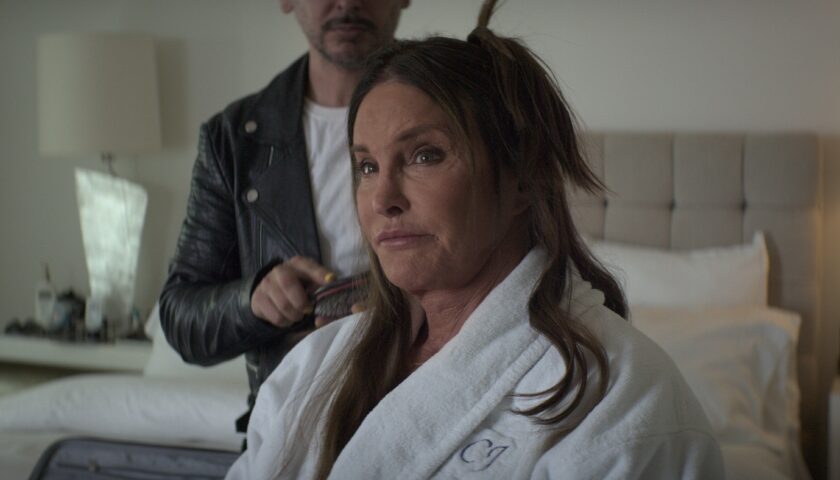 Caitlyn Jenner’s lived multiple lifetimes; an Olympic gold medalist in the decathlon, a socialite and reality television star, a candidate for California governor. She might be best known as one of the most famous transgender celebrities in the world. But for as omnipresent as Jenner has been in popular media for decades, few know the person behind the headlines. UNTOLD: Caitlyn Jenner, the third installment in Netflix’s new series of documentary films on sports-adjacent topics, seeks to change that.

At the 1976 Summer Olympics in Montreal, a little-known American athlete rocketed to international fame by winning the gold medal in the decathlon, an event traditionally considered to represent the “greatest athlete in the world”. In besting the field, defeating the Soviet defending champion, and breaking the world record for points in the event, Caitlyn Jenner (then competing under her name given at birth, Bruce Jenner, which is used contextually throughout the documentary) quickly became a star, and it’s a spotlight that she would rarely cede over the coming decades. From the cover of Playgirl to Keeping Up With The Kardashians, I Am Cait, basking in the reflected light of starlet daughters Kylie and Kendall, her very public gender transition, and even a still-ongoing campaign in California’s gubernatorial recall election, Jenner’s spent nearly half a century in the public eye, and UNTOLD: Caitlyn Jenner rewinds the story to the beginning.

A distraction from who I am.” The phrase is repeated several times by Jenner in the extensive on-screen interviews that form the backbone of this fascinating biographical documentary. In the first usage, Jenner refers to the thronging media attention after capturing Olympic gold; in the second, she uses it in reference to family life, to being a husband and father. Beneath the accolades, Jenner was struggling with gender dysphoria, and considering transitioning at a time when the possibility of doing so was only beginning to enter the public consciousness.

In this sense, UNTOLD: Caitlyn Jenner tells two halves of a story. First, there’s the story of how a person known to the world as Bruce Jenner became famous, a thrilling sports story of physical and emotional perseverance, struggle and ultimately dominance on the world stage. It’s a linear narrative; two Olympic games, ten events, one gold medal and one world record.

The second half of the story, and the far more nuanced and compelling one, is how Caitlyn Jenner emerged, eradicating a character she had created to defend herself from a world she felt hadn’t been ready for her yet, an identity that became famous but one that wasn’t her truth.

“Sometimes they go, ‘Caitlyn won the Games, it was really Caitlyn,” Jenner notes, explaining her own view of her pre-transition identity and its place in history. “No, no no. Bruce won the Games, I have no problem saying that. I give him credit, he did that. Now, was that all of me, and my whole story? Not even close. There’s so much more to me than that. But I do honor him, and call him Bruce, because he did do that.” Jenner seems at peace with the dichotomy between the identity she created and the identity she was finally able to live, a peace that took a lifetime to achieve.