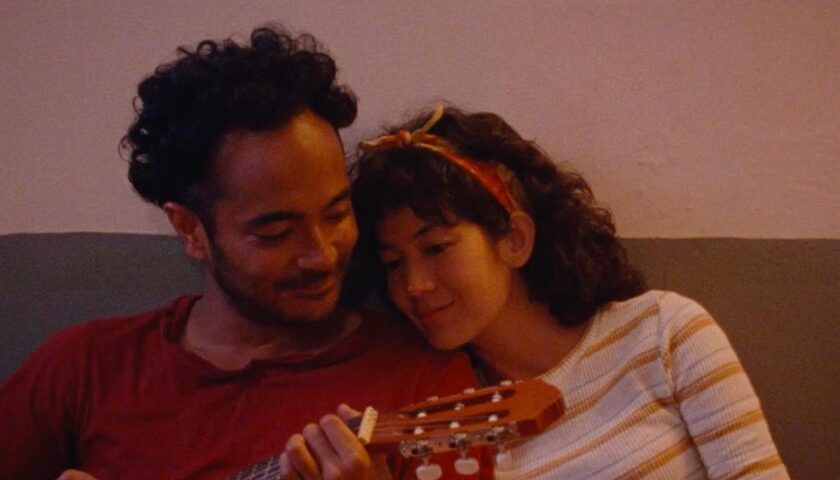 Vengeance Is Mine, All Others Pay Cash 2021 Movie Review Poster Trailer Online

The pulpy fiction of Eka Kurniawan — ’Indonesian literature’s Quentin Tarantino’ — experiences an inglorious first big-screen adaptation with the plodding genre-blender Vengeance Is Mine, All Others Pay Cash. Premiering in the main competition at Locarno ahead of a North American bow in Toronto, this lurid, romantically-inflected tale of a hot-head brawler plagued by erectile dysfunction seems unlikely to mark a rebound for mono-monikered director/co-writer Edwin.

While numerous narrative gears are attempted in turn, none of them fully connect

A decade ago Edwin was, in certain quarters, ranked among East Asia’s more promising new talents after his debut Blind Pig Who Wants To Fly (2008) landed the international critics’ prize at Rotterdam; a Berlinale competition slot duly followed for 2012’s Postcards From The Zoo. But his two subsequent full-length outings — Possesive sic and Aruna And Her Palate (2018) — were more mainstream and domestic-oriented. Despite the presence of foreign coin (German involvement includes Fatih Akin’s Bombero International) this latest effort likewise seems primarily directed towards markets in Indonesia and nearby.

That said, Kurniawan’s burgeoning renown over recent years gives Vengeance Is Mine, All Others Pay Cash a shot at distribution in overseas arthouses. The author is best known for his magical-realist, politically engaged debut novel ’Beauty Is A Wound’, while ’Man Tiger’ was longlisted for the International Booker Prize in 2016. These successes led to his racier 2014 novel ’Seperti Dendam, Rindu Harus Dibayar Tuntas’ appearing internationally under the catchpenny title which the film shares—a more direct translation would be ’Like Revenge, Desire Must Be Paid Completely’.

That cool-sounding (but on closer inspection somewhat nonsensical) Anglophone title is one of the better things about Edwin’s film version. Spanning several years in the life of gangster wannabe Ajo Kawir — a self-proclaimed “devil straight from hell” — Edwin and Kurniawan’s script ambitiously seeks to combine humour, action, thrills, supernatural elements and even, in the final reel, tropes from the trucking-drama subgenre (the title is a slogan painted on Ajo’s lorry.)

But while numerous narrative gears are attempted in turn, none of them fully connect, not helped by the fact that the central love story is incarnated by two performers who share little chemistry: Marthino Lio as Ajo and Ladya Cheryl as Iteung, who wins his heart by kicking his derriere.

The pair marry just after the half-hour mark, but their bliss is imperilled by his ongoing erectile issues (he dubiously believes that prowess in physical combat can restore the lead to his pencil), her extra-marital dalliance with brooding ex Budi (Reza Rahadian), and by the fact that both husband and wife separately serve jail-time for homicidal assaults. One of these prison sequences is elevated by the presence of Yudi Ahmad Tajudin as blind martial-arts doyen Iwan Angsa (who bears more an amusing resemblance to Filipino auteur Lav Diaz) — but this Tarantino-esque interlude proves merely a fleeting delight.

Cheryl, with whom Edwin worked on his first two features, is spirited and engaging; Marthino, however, seems miscast. Unconvincing as a swaggering tough, he’s also too old for the role. Most of the action unfolds around 1989/1990 (period detail is only loosely evoked), but a crucial five-minute flashback reveals traumatic events during a solar eclipse in 1983 which led to Ajo’s unfortunate psychosomatic problems. The actor playing him here, Igro El Munazal, looks 13 at the most; which would make the adult Ajo (sometimes referred to as “the kid”) around 20; Lio was 28 at the time of filming and, with his receding hair, appears older.

While ostensibly realistic in its plotting, Vengeance Is Mine, All Others Pay Cash takes an unexpected detour into more offbeat terrain in its second half via the presence of an androgynously angular beauty, Jelita (Ratu Felisha), who emerges fragrantly from a rubbish-dump and wanders around exuding enigmatic sensuality before revealing unsuspected ninja skills. It’s implied that Jelita is somehow either the personification of Ajo and Iteung’s love, and/or the incarnation of a certain leech-oil aphrodisiac. By this point, viewers may well have tuned out, so lacking have proceedings — blandly shot on 16mm by Kiyoshi Kurosawa’s regular cinematographer Akiko Ashizawa and cheesily scored by Dave Lument — been in terms of urgency, energy and momentum.

Vengeance Is Mine, All Others Pay Cash 2021 Movie Review Poster Trailer Online