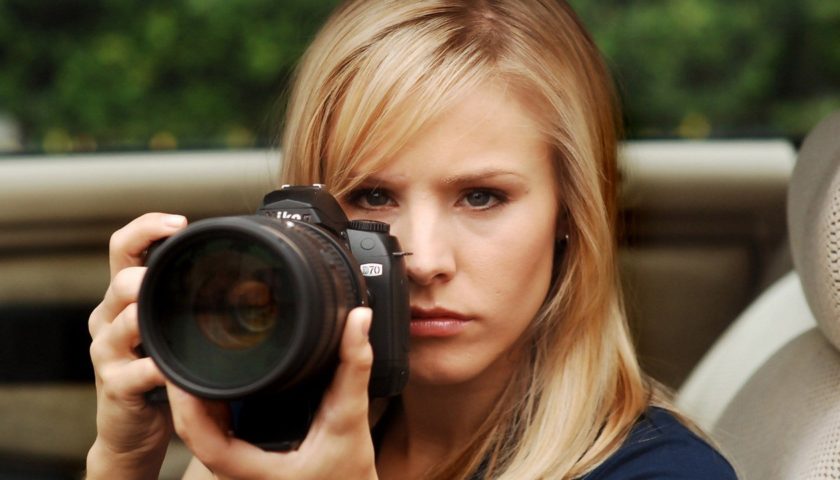 Review: After three seasons, a crowd-funded feature film, and two novels, Veronica Mars is returning to Neptune for a new limited series on Hulu. The neo-noir series starring Kristen Bell became a fan favorite during its initial run on UPN and The CW before helping to usher in the revival and reboot trend way back in 2013, when Bell and creator Rob Thomas launched a Kickstarter to fund a follow-up movie. It only makes sense then that the series would want to get in on the revival action again before the wave eventually (hopefully) ends.

Of course, the times have changed quite a bit in the six years since fans ponied up the cash for the chance to return to Neptune; now every show that might have once made someone feel something in their heart region is being considered as a possible reboot or revival. But Veronica Mars is the only series that has the narrative depth and the continued interest of fans to be able to pull off a revival twice.

“People are wondering what Veronica Mars is doing right now,” Kristen Bell told SiriusXM’s EW Radio when asked about the new series. “There’s never been a lapse in the fanbase. When I allude to anything Veronica Mars online, people lose their marbles. And it’s so wonderful and cute to know that it means something to people still.”

But it’s not just the fans; the show clearly still means something to the people who made it too. “What happened was that Rob Thomas came into our office and explained very passionately about why he wanted to do this, how he was going to do this. So, there was a real creative reason for it. We’re not just doing it for the sake of doing it,” Hulu boss Craig Erwich told reporters at the Television Critics Association winter press tour about how the show came to be.

As we (impatiently) wait for Veronica Mars to return, we’ve gathered up everything fans might need or want to know about the latest chapter in Veronica’s story below. Be sure to check back often as we’ll be updating this story whenever new information is announced.

It’s coming in July. Summer is the new spring break! A teaser for the revival revealed that it’s set to land on Hulu on July 26.

The old gang is getting back together. In addition to Bell, Jason Dohring, who plays Veronica’s very much on-again boyfriend Logan Echolls — at least we hope they’re still on after rekindling their relationship in the feature film — is set to return as everyone’s favorite former bad boy/current navy pilot. It should come as no surprise that Enrico Colantoni is also back as Veronica’s father Keith, because there is no Veronica Mars without Keith.

Also confirmed to be returning are Percy Daggs III as Veronica’s best friend Wallace Fennel; Francis Capra as everyone’s favorite biker with a soft side Eli “Weevil” Navarro; Max Greenfield as Veronica’s former boyfriend and current detective Leo D’Amato; and Daran Norris as the lawyer with a voice for radio Cliff McCormack. Meanwhile, Ryan Hansen, who plays fan favorite character Dick Casablancas, will also be back, as will David Starzyk, who plays Dick’s father Richard. But more importantly, TV Guide has confirmed that Ken Marino will be back as Vinnie Van Lowe.

Unfortunately, there’s no word yet about Tina Majorino, who plays Mac, but we’re keeping our fingers crossed.

It is an eight-episode limited series. Limited series are all the rage now, especially since the word limited apparently has no meaning! You can call something a limited series but then later change your mind and then everyone else just has to accept it! So will this be the last time we revisit Veronica Mars? Maybe! Who knows?! Not us! Bell said she was up for playing Veronica “as long as we feel there’s a hunger for Veronica Mars, and the world still needs to see her fight the good fight, and it still feels topical.”

People are being murdered! It’s probably not people we care about though. According to the logline released by Hulu, it’s mostly spring breakers who are pushing up daisies in Neptune these days. Unfortunately, their deaths are kind of wreaking havoc on the town’s tourism industry, which is sort of understandable, we suppose. No one wants to go to go the beach if dead bodies are washing up on shore! (To be clear, we don’t know where the bodies are located.) The parents of one of the victims eventually hires Mars Investigations to look into their son’s death, which means Veronica is drawn into what Hulu describes as an “epic mystery” that “pits the enclave’s wealthy elites, who would rather put an end to the month-long bacchanalia, against a working class that relies on the cash influx that comes with being the West Coast’s answer to Daytona Beach.” So everything we already know and love about Veronica Mars? Great!

The books are obviously canon. If you still haven’t read the two novels that came out after the film, you should 1) figure out your life, and 2) probably get on that. According to Thomas, the “books are 98% canon,” and says that Pony, the puppy Logan and Veronica adopted, is included. Meanwhile, Marcia Langdon, who ran against Sheriff Dan Lamb, is now the police chief and will be played by iZombie‘s Dawnn Lewis. He also revealed that Neptune finally incorporated, which is something we know everyone was really wondering about.

There are tons of new faces joining the cast. In addition to the returns of all our favorites, the revival will also welcome several new cast members, including Patton Oswalt. The comedian will play Penn Epner, a hapless pizza delivery guy with a passion for true crime. Academy Award winner J.K. Simmons will appear as Clyde Prickett, an ex-con who served time for racketeering and protected Big Dick Casablancas (Starzyk) in prison. He’s now working as his fixer. Elsewhere, Killing Eve‘s and The Good Place‘s Kirby Howell-Baptiste will recur as Nicole, who owns the Neptune nightclub Veronica believes the killer is selecting his victims at, and Izabela Vidovic(Wonder) will play Matty Ross, a teenage girl who makes it her mission to get justice after the person she loves most is killed. And if this last bit sounds slightly familiar, you’re on to something. When Veronica sees the grieving Matty go on her quest for justice, she’ll find herself reminded of her own past and the time she spent chasing down Lily’s (Amanda Seyfried) killer.

In addition, Westworld‘s Clifton Collins Jr. will recur as Alonzo, a mid-level hitman for a Mexican cartel who is sent to Neptune to avenge the death of his boss’ nephew. But when Alonzo falls for a local girl, he finds himself questioning his profession and his mission. We saw what happened when a PCHer fell for Paris Hilton, so we can’t imagine this relationship will end well either, but we’ll try to stay optimistic for now!