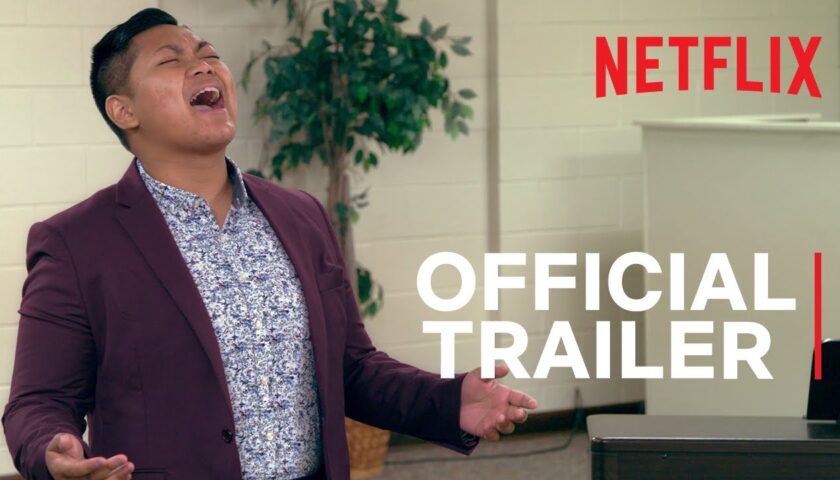 In the reality series Voices Of Fire, Bishop Ezekiel Williams — who we first see credited as “Pharrell’s uncle” — is looking to put together the best 75-member gospel choir that the country has ever seen. That’s 25 each of sopranos, altos and tenors, all from the Hampton Roads, VA area. His aim is to not only find the best voices, but to make the choir as diverse as he possibly can, consisting of people who, as he says, might not hear one of his sermons, but might be moved by the power of music. Can he do it? Read on to find out more.

A shot of Faith World Ministries in Norfolk, VA. The voice of the church’s pastor, Bishop Ezekiel Williams, says, “I’ve always had a dream to take gospel music to another dimension, and produce something like the nation has never seen before.”

Out of 1200 applicants, 300 are invited to the church for tryouts, to whittle things down to 75 members. Pharrell isn’t at the first tryout round, but Ezekiel is joined by Peggy Britt, a local gospel legend and vocal coach, music director Larry George, and choir master Patrick Riddick.

In the first episode, we’re introduced to some of the hopefuls, including a girl who was born with only one ear, a 42-year-old who had to endure the murder of his mother when he was ten, a woman who is back to singing after having to take care of her ill husband and father, and a man who lost his arm when he was a kid and was a successful backup singer for a number of years before stepping away from singing full-time. Another singer, who’s 33 and lives with her parents, has severe social anxiety but feels comfortable in front of a microphone.

We also get to know more about Britt, George and Riddick, and find out what exactly they’re looking for. They like vibrato, which Riddick jokes is on the extreme scale for a choir singer. Williams is looking for the “unicorn,” whose voice blows them away but whose artistry comes from an unexpected source. In some cases, the singers only have to sing a few notes for the judges to know that he or she will be in the choir.

Even though we’re not churchgoers, we do appreciate the power of an amazing gospel choir, so we were excited to see what Ezekiel and Pharrell Williams could put together during the first season of Voices Of Fire. But we were a bit disappointed to see that the first episode was nothing more than a church-based audition round, and one that didn’t proceed much differently than the ones we see on shows like Idol or America’s Got Talent.

Here’s what we got: Out of the 300 people that auditioned that day, we got to see only a handful actually sing — many more were shown in a clip montage as Ezekiel Williams described his goals for this super choir. Surprisingly, though Williams is looking for a diverse choir, almost all of the people highlighted were African-American. Though everyone’s stories were compelling, and their voices were amazing, we wanted to see more of the diversity Williams was talking about.

In addition, we’re not sure what Pharrell — who is an executive producer of the series along with his uncle Ezekiel — is going to contribute to these proceedings. Is he going to bring in people that weren’t at the audition? Is he going to help them winnow down who they like into a tight 75? You’d think his extensive resume as a singer and producer would be put to good use here, but he didn’t even show up for the initial audition.

Another thing we didn’t see here was prospects who didn’t quite cut it and explanations as to why they didn’t. It’s a subjective thing, of course, but we always appreciate when judges/coaches on other singing shows give constructive criticism and explain why someone didn’t make the cut. Here, we got that for maybe one prospect, but that prospect may make the final 75 anyway. Maybe we’ll see more of that as we go along. Or maybe we won’t; Ezekiel Williams likely wants the show to have an inspiring vibe more than anything else.