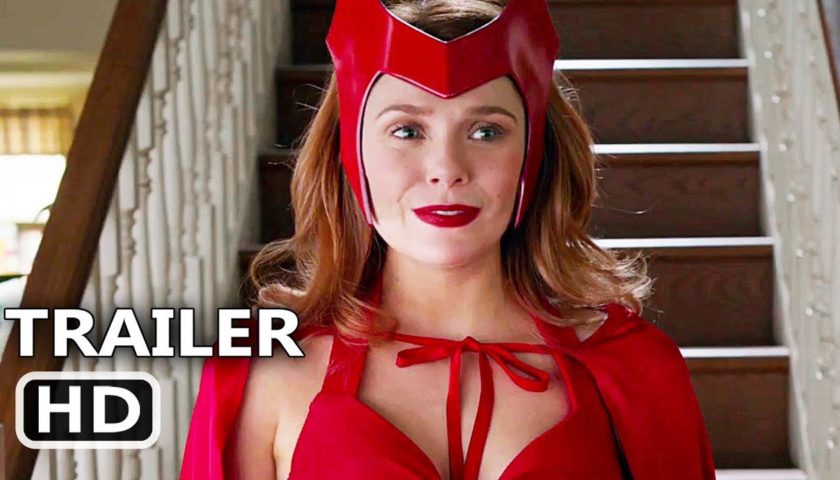 It’s Marvel’s weirdest spin-off yet – WandaVision takes the MCU into uncharted territory on Disney Plus. Featuring the return of Wanda Maximoff (Elizabeth Olsen), the Scarlet Witch, and the Vision (Paul Bettany), the upcoming Marvel TV series will reunite these Avengers – even though one of them is supposed to be dead. WandaVision is going to be an unconventional kind of show.

“It is half classic sitcom and half full MCU spectacular,” explained WandaVision writer Jac Schaeffer at D23. What does that mean, exactly? Well, the Super Bowl teaser showcased the classic sitcom side of things a little – it looks like these parts of the show will be used as a prism for exploring out-there stories with the character. This surreal framing device could also explain how Vision is still alive in the show.

But it looks like we may have to wait before we can enjoy these off-the-wall stories: as with all the other Disney Plus Marvel shows, WandaVision will be impacted by COVID-19. That said, filming appears to have wrapped on the show, so it’s unclear at the moment if there will be a release date delay.

But when WandaVision does arrive, it’ll reintroduce a number of supporting characters from the MCU’s greatest hits. Below, you’ll find everything you need to know about the series, including details about the cast, which heroes and villains you can expect, and more.

Marvel moved the WandaVision release date from Spring 2021 to December 2020 to get it front of Disney Plus subscribers sooner, but it looks like that may well have to be reverted. However, it looks like filming in Atlanta, Georgia for WandaVision is complete. One of the crew members shared a tweet that read ‘WANDAVISION WRAP PARTY’ with pictures of the cast celebrating together. That may mean that WandaVision won’t be impacted as badly as other Marvel shows, since post-production work such as special effects can in most cases be completed remotely.

It’s been confirmed that, when WandaVision arrives as a Disney Plus exclusive, it will air as six individual episodes, likely released on a weekly schedule similar to The Mandalorian and The Clone Wars.

Our first look at WandaVision came in the teaser trailer above, released at the Super Bowl. It shows Wanda in her Scarlet Witch costume from the comics for the first time. We also see a little more of the sitcom style of the show at work – we catch a ’50s-style black-and-white sequence, and another more ’80s/’90s-looking scene that might remind you of a show like Roseanne, with Vision even dressed up like a sitcom dad. A full trailer will likely be revealed around Comic Con time in July.

It’s the big question – what the heck is WandaVision about? We know for certain that WandaVision will focus on Wanda Maximoff and The Vision, reunited in some form after the events of Avengers: Endgame. But how that happens isn’t exactly clear. The last time we saw Vision, Thanos was ripping the Mind Stone from his head, leaving the synthetic superhero dead.

Well, Marvel has revealed that WandaVision will tie into the upcoming MCU film, Doctor Strange and the Multiverse of Madness, which might offer a clue as to how this story is being told. Marvel’s riff on the notion of alternate universes could mean there will be at least one where The Vision is still alive.

Does that mean WandaVision exists in an entirely different reality altogether? It’s possible, but Wanda has always had reality-altering powers, too – in the comic House of M, she reshaped the entire Marvel Universe so that characters were placed in entirely different situations. It could be that this sitcom reality is one of her own making.

Some details add intrigue to the story. Spotted shooting on location in Atlanta, actress Teyona Paris was seen carrying an ID badge for fictional US government department, SWORD. Marvel fans will be aware of SHIELD already, of course – but SWORD was actually introduced in Avengers director Joss Whedon’s comic Astonishing X-Men, as the outer space-policing opposite to SHIELD.