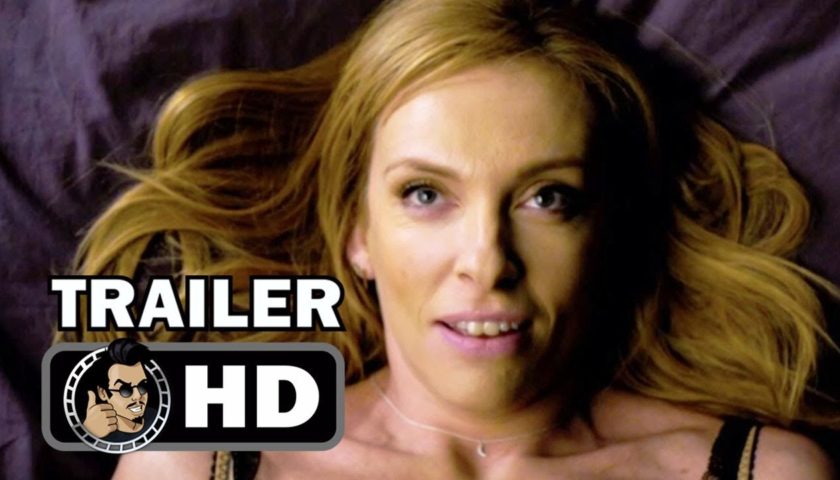 Review: The pre-publicity for Wanderlust promised that the new six-part series would flood our boxes with sex. In showing the travails of a couple who explore sleeping with other people, the BBC, coaxed from its usual carnal diffidence by a partnership with Netflix, would be raunchy!

Withering and anxious columns were dedicated to whether viewers would be able to handle this raunch. In an interview, Toni Collette, who stars as Joy Richards, said she had been told she would be the first woman to have an orgasm on the BBC. The Guardian rubbed out this claim, pointing out that in fact several had come before, and anyway, it can be hard to tell what is and what isn’t. The Mail asked if the new series was the “steamiest TV drama ever”. A spokesman for Mediawatch-UK, a fun police campaign group, expressed fears that the series would be little more than soft porn.

They needn’t have worried. At no point during the first episode is it difficult to tell the difference between Wanderlust and something designed to arouse. Joy is a therapist with a lovely shed-office at the bottom of her garden, doing her best not to project her own problems onto her clients. Husband Alan (Steven Mackintosh) is an English teacher, whose long exposure to heightened emotions appears to have dulled his own sensitivities. In the opening moments we watch as Alan gingerly penetrates his wife, who is recovering from a cycling accident. “I’m in a lot of pain and feeling really self-conscious,” she says.

It is easy to sympathise. Even when it is between enthusiastic partners, the congress on display is awkward, occasionally agonising and once or twice very funny. Sexy it is not. It’s not that the British don’t enjoy it, it’s just we recognise that, as with wine, its large-scale production is best left to California and southern Europe.

Speaking of knowing your strengths, the real question Wanderlust invites is not why Joy and Alan had stopped having sex, but why she had ever consented in the first place to congress with this slow-witted man-child. At the end they say they want to stay together because they love each other and for the sake of their kids (Joe Hurst and Emma D’Arcy), but in the space of an hour Alan has brought nothing to the table except whingeing and infidelity.

It isn’t clear if Joy specifically wants to be bridled, but she certainly craves more than missionary. A parade of temptations present themselves to both partners. To the man with a hammer in his belt, everything looks nailable. In the end both succumb, but if Alan has any sense, he will come back begging on his knees. If Joy has any, she’ll run a mile.

Caught between pathos and banter, Wanderlust is warm but inconsistent. Overlong wordless scenes soundtracked by weedy indie songs are abruptly ended by slapstick. Inevitably the pearl in the oyster is Collette, but she and Mackintosh both out-acted the script, most clearly at the non-nude denouement which worked better when I watched it a second time muted. None of which is to say a sweet and original programme isn’t visible at times. There are promising sub-plots with the children and a porn-curious neighbour. While the sex itself is short of revolutionary, it is cheering to see characters laugh and huff in the bedroom and who, occasionally, even resort to self-pleasure. But like Joy and Alan,Wanderlust doesn’t quite know whether it was coming or going.