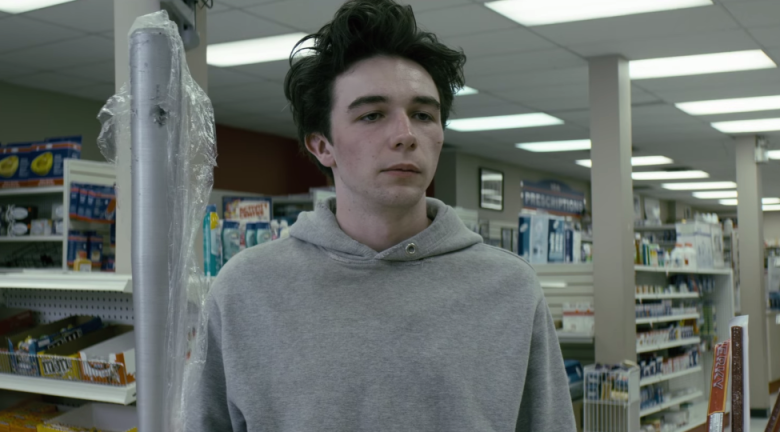 Review:Welcome to  Hollywood Gossip review of YouTube Premium’s new original comedy series Wayne, a tale of a bloody road trip, young love, and reckless youth from the writers of Deadpool and Zombieland that’s set to launch on the streaming service in January 2019. Premiering at this year’s Tribeca TV Festival, the ten-episode series was created by series writer Shawn Simmons and executive produced by Rhett Reese, Paul Wernick, Greg Coolidge, and Kirk Ward.

When Mark McKenna‘s (Sing Street, Kat and Alfie: Redwater) Wayne learns that his birthright – a 1978 Pontiac Trans Am – was stolen from his father on his father’s deathbed. Looking to right another of society’s wrongs and to do right by the memory of his father, Wayne sets out on a journey that will take him from Boston to South Florida with nothing but a dirt bike, some fireworks, and new “girlfriend” Del (Red Band Society‘s Ciara Bravo) – all in the name of claiming his rightful inheritance.

So check out our review of the first two chapters of Wayne (‘Get Some Then’ and ‘No Priests’) below and learn why the YouTube Premium series is going to be one of the major breakouts of 2019:
From the writers of Deadpool and Zombieland, Wayne is a gritty, hilarious, and sometimes bloody road trip adventure tale of young love and reckless youth. When the titular teenage renegade’s 1978 Pontiac Trans Am is stolen from his father on his deathbed, Wayne sets out with nothing but a dirt bike and his new crush Del to take back his rightful inheritance. From Southie to South Florida, it is Wayne and Del against the world in this propulsive new must-watch show.