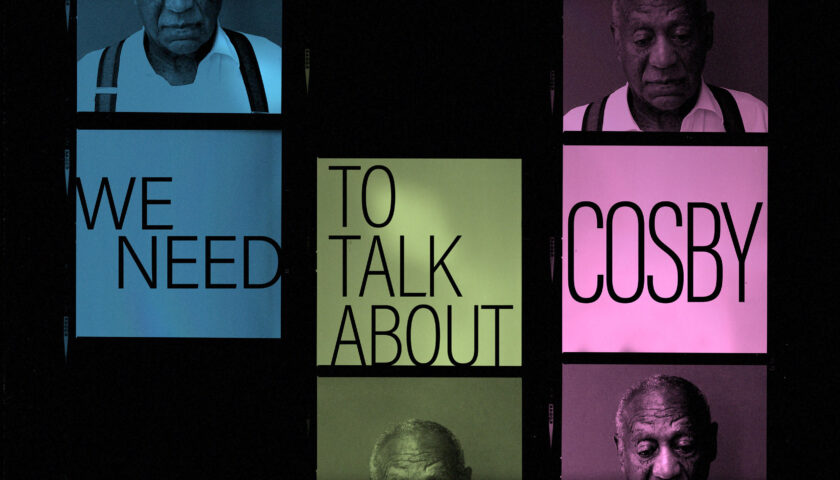 Deep into W. Kamau Bell’s new four-part documentary, “We Need to Talk About Cosby,” panelists are asked to describe who Bill Cosby is, as if to a person who had never heard of him before. Does one lead with his phenomenal career successes as a comedian and actor? Or the crimes of which he’s been credibly accused — and for which he was convicted in 2018, before that conviction was overturned on a technicality in 2021?

It’s a familiar question, one of separating the art from the artist — so familiar, indeed, that Bell literally asking, in voice-over, “Can you separate the art from the artist?” five minutes before the documentary ends feels a little trite. But what has come before does an elegant job of setting forth why the entanglement of fame and wrongdoing is especially pernicious in Cosby’s case. In this series, a part of the Sundance Film Festival’s virtual programming Saturday before launching on Showtime Jan. 30, Bell marshalls incisive commentary and archival video. In doing so, the comic and director who is a self-proclaimed “child of Bill Cosby” less makes a case than presents a problem. It remains for viewers to decide what to do with Cosby’s legacy.

Prior to the widespread airing of allegations that Cosby drugged and raped women, our cultural understanding of him ran along parallel tracks. For one thing, his comedy coexisted with a thrumming backbeat of rumor and innuendo about his misdeeds, before the story eventually blew open. (Bell even shows us instances of Cosby, in his stand-up and his sitcom, joking about drugging women.) Even before that, though, Cosby was at once entertainer and national hero, a position he embraced. Bell, through commentators he interviews on-camera and through his own voice-over, makes clear both how stratospheric was Cosby’s career — first as a stand-up, then a pathbreaking television actor — and the meaning Black Americans found in it. His “Cosby Show” was a representation of Black familial love, broadcast to as wide an audience as could exist.

And when a person who means more than himself alienates his audience, there’s more going on than simply losing a fan. Bell makes clear the degree to which some in Cosby’s audience felt betrayed long before his conduct made the news. Cosby’s status as a uniquely successful Black man lent him symbolic weight, which he embraced, before turning on his audience. He excoriated Black audiences and, at times, fellow comics for their perceived shortfalls. His was a bootstraps philosophy soaked in acid. Footage Bell presents, of Cosby addressing the Black community and, later, the comic Wanda Sykes (whom he accused of not speaking English at the Emmy Awards in 2003), drips with disdain. The extent to which Cosby’s words caused consternation (and some quiet agreement) among Black Americans is addressed well by Bell’s commentators. But the sense that’s given of Cosby is of a person who believes himself separate and apart, a person who, when speaking, believes himself to be addressing the Other.

All of which is adjacent to the central reason Cosby is known and discussed today — and the reason this documentary exists. Some of Cosby’s accusers speak, here, for the record, and their stories are treated tastefully, respectfully, and well; what matters is less an exhaustive recounting of each allegation but a sense of the way this powerful man operated. “We Need to Talk About Cosby,” moving methodically from Cosby’s career success to his accusers’ words, paints a picture of a man who believed himself ungoverned by the rules of society, someone who took what he wanted without sponsibility to others. One accuser, an actor who appeared on “The Cosby Show,” describes Cosby as “a very intelligent, malignant narcissist. And so he calculates how to Hoover you up.”

Cosby’s legacy, at this moment, is in shambles; for the time being, it is very difficult, logistically as well as emotionally, to watch “The Cosby Show,” and Cosby’s obituary will likely mention his legal troubles before his Emmy wins. But in the longer run, Cosby remains a part of history, both the history of Hollywood and of Black Americans seeing themselves represented in the culture. “We Need to Talk About Cosby” doesn’t venerate him, but it does make clear why deleting him from cultural memory isn’t just complicated but impossible.

And so we must live with Cosby, who thrives in the public imagination as cuddly patriarch and craven monster, someone who teasingly joked about the amorous power of his homemade barbecue sauce as if testing to see how close he could come to revealing a dark truth. The most pernicious question “We Need to Talk About Bill Cosby” raises isn’t one that Bell directly asks the camera. It’s not necessarily whether all the good that was done by Cosby was spoiled by his actions, which remains for each “Cosby Show” viewer to decide for themselves. It’s whether that good — the showing Americans an unapologetically Black vision of family togetherness — was an earnest expression of anything, or just Cosby’s will to power manifested onscreen, a way for him to create situations in which he had access to those he might dominate.

For viewers, art and maker can be separated, if they want it badly enough. But the Cosby we come to know over four hours demonstrates a creepy unity: A career, and a personal life, built around the demonstration of control. It’s what we do with that knowledge — how, going forward, we reframe our relationship to celebrities and to cultural icons — that we really need to talk about.