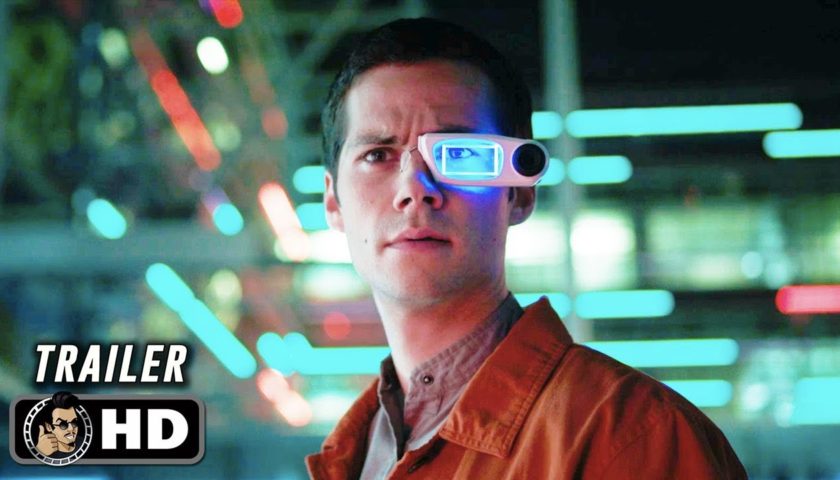 Review: If Weird City proves anything, it’s that there is no shortage of recognisable industry names that are in a rush to work with Jordan Peele. And that’s not surprising, really. Since the breakout success of the Oscar-winning Get Out, and with fervent anticipation building for his “new nightmare” Us, which opens next month, people are queueing up around the block for a chance to bask in the reflected limelight. With all kinds of weird projects lined up for the foreseeable future, Peele is the newest big name in off-beat genre stuff. But Weird City also proves that he isn’t infallible, and that sometimes imagination isn’t quite enough.

How well this bodes for the upcoming The Twilight Zone reboot, which Peele is also attached to, remains to be seen, but I imagine it won’t matter all that much. Perhaps unsurprisingly given Weird City’s co-creator being Charlie Sanders, who also wrote for Comedy Central’s Key & Peele, Weird City is more reminiscent of that sketch-show than even Black Mirror, although, all together now, it isn’t anywhere near as good.

Key & Peele is a hard act to follow, obviously. It was often a near-genius skewering of contemporary race relations that managed to locate what was funny about race and ridiculous about racism, and Weird City doesn’t have the same kind of meaty material to chew through. Set in a futuristic metropolis that is unimaginatively class-stratified into literal Haves and Have-Nots, this is the bottom of the speculative sci-fi barrel – Alita: Battle Angel opened this month, and hit many of the same beats in its far-future setting.

In a series of extended sketches, Peele sets up wacky characters and scenarios intended to poke fun at social and economic division, modern cultural trends like online dating, and the gradual erasure of human responsibility by burgeoning technology, such as automated therapy. The sheer number of absurdly talented people who signed up to be involved in Weird City is consistently surprising: There are roles for Dylan O’Brien, Steven Yeun, Laverne Cox, Awkwafina, Rosario Dawson, Michael Cera and Mark Hamill, among others. And there are some good ideas, even if the implementation of most of them is weirdly unfunny.

The problem is that Weird City is playing to genre stereotypes but also doing so in a way that is notably low-key and low-budget; none of those things are necessarily negative on their own, but together they undercut each other. Making fun of stereotypes, whether they’re of race or class or whatever, always works best when you’re able to really amp up the weirdness and production; if you’re going to play things kind of straight, then you need to be unpacking more trenchant ideas, delivering more biting satire – and Weird City errs too much on the side of caution in that regard.

A disappointment, then, but one that’ll no doubt attract a particular audience of either Peele devotees or genre fans, and certainly drum up attention for YouTube’s Premium service, as though it needs any more of that. But Weird City is, unfortunately, nowhere near as weird as it needs to be to properly accomplish what it’s attempting to do. Maybe Peele is saving his best material for CBS’s premium platform instead.