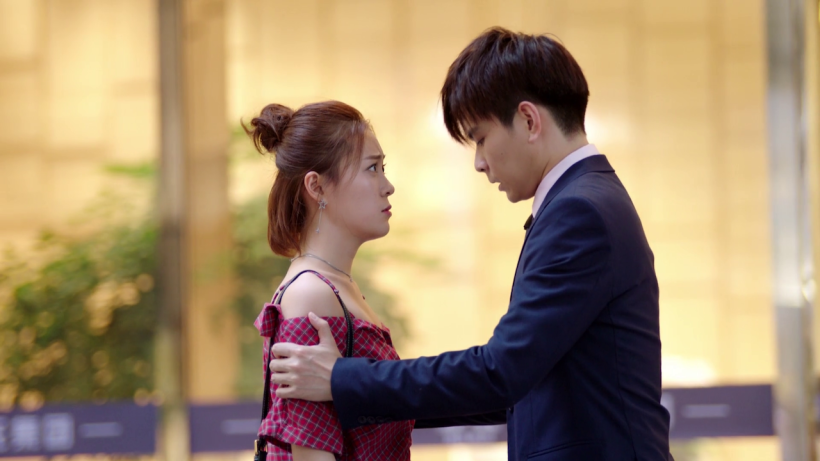 Review:  The initial premise of Netflix Chinese series Well-Intended Love Season 1 is outrageous if you observe it for what it is. The title given on IMDB is Boss Wants to Marry Me which is legitimately more fitting. I am confident that in some quarters of the world, ‘social media influencers’ would moisturize themselves ready for outrage ****. To summarise, third rate actress Xia Lin (Simona Wang) is diagnosed with leukemia, and the only person on the register available is CEO and businessman Ling Yi Zhou (Xu Kai Cheng). Unfortunately, he has temporarily frozen his donation on the register, meaning Xia Lin has to convince him to provide a bone marrow transplant. He agrees, on the condition that she marries him.

The narrative of Well-Intended Love is based upon a secret marriage with both parties gaining an advantage from the legal environment of their agreement; Ling Yi Zhou achieves personal gains, while Xia Lin manages to attain a cure from a life-threatening, ravaging disease. The blackmail in the story is hardly the basis for a complexifying, progressing romance story, but the Netflix series manages to pull off the concept.

Of course, the surrealness of the situation is observedly light on the screen. Well-Intended Love does not isolate itself from the absurdity of Ling Yi Zhou’s offer. Instead, it details a soppy, yet satisfying tale of two polar-opposite people who brew a loving relationship in the unique circumstances. It reminded me of Clean with Passion for Now, which entered the Asian Netflix market on April 26th, that conceptualizes a free-living soul and a CEO with mysophobia finding feelings in the wrong places. In the first episode of Well-Intended Love, the CEO toys with the actress, watching her on CCTV, and asks his colleagues to play games, making her believe that he will not offer his bone marrow.

Like all romantic series that involve two characters from dissimilar worlds, Well-Intended Love throws plenty of challenges at Ling Yi Zhou and Xia Lin, ranging from conspiracies and misunderstandings between the pair, making the 20-episode season a slow-burner, with outsiders attempting to dismantle their secrets.

The characters are engaging, which in turn encourages you to like the Chinese Netflix series. Ling Yi Zhou is cocky, confident, with a brush of arrogance that he often fronts to conceal his thoughtful side, while Xia Lin is chirpy, self-absorbed and determined. Well-Intended Love palms them both off as polar-opposite, but their chemistry is apparent and long lasting.

It’s very likely that your mind will be deliberating over the scenario, but your heart will be tugged at the strings. Netflix Chinese series Well-Intended Love Season 1, or again as more accurately defined per its IMDB title, Boss Wants to Marry Me, is a nice, warm, slightly weird soup that entertains and keeps you engaged.