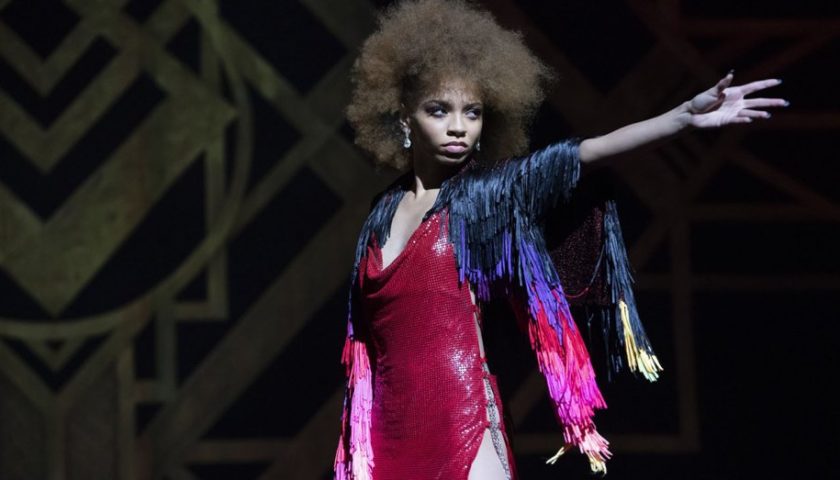 Review: Netflix has conquered so much in the past decade that the only genre they haven’t developed has been game shows or reality-style series’ that echo something done by MTV that was gobbled up by millennials. After years of developing Emmy-award winning television (House of Cards) and now going for Oscar prestige this fall (the upcoming Roma), one would think something like this might be beneath them. Well, Netflix has bills to pay too, and their new venture is surprisingly well done, and even flirts with a bit of originality. Welcome to Westside.

This “unscripted” series Westside tracks nine lives, a mixture of the Gen Z and Gen Y crowds, based in and around the Los Angeles area. All of them are musicians and have dreams of making it big in the industry; even the ones who have moderate success are still grinding. The first person we meet is Sean Patrick Murray, who’s a jack of all trades type that has the look of a James McAvoy, but not the filmography (at the top of his limited acting career is a film called Clowntergiest).

He is producing a musical show and wants to document the journey. From there, we meet two of his oldest friends and musicians, James and Caitlin, so they could be the “rocks” he needs to lead the group to stardom. He needs their help to produce a show he has called “Naked” at a club he has admired, “1 Oak.” Cut to a mix of veteran musicians trying to hang on to their dreams before the sun sets (Pia Toscano and Leo Gallo), young wide-eyed newbies trying to break into the industry (Taz Zavala, Lexi Kay, Austin Kolbe) and a mixture of both (former child commercial actor Arika Gluck, who is still only 20-years old).

The series develops a clever way of showing the audience a glimpse of each musician’s life by using creative “workshops” where each member opens up about their lives and how it influenced them to their journey today. It’s the episodic equivalent of when The Sopranos used Dr. Melfi’s therapy sessions to get into Tony Soprano’s head. They work on developing their voices, exploring their personal demons, and writing songs based on these experiences.

What makes Westside flirt with originality is the way it weaves background information on each musician, how they approach each song they are trying to write, then will cut to either footage of that person with their personal struggles or a music video for the song they are creating. It’s a highly engaging and effective technique that draws in the audience and takes them along for the journey of their musical process, albeit in the CliffsNotes version kind of way.

Many of the background stories that developed within Westside are relatable today. One of the most powerful scenes comes from Arika Gluck, whose biggest claim to fame is staring in a Welch’s commercial when she was four years old. Unearthed B-footage shows her recalling how her mother abused her, in great detail, and watching a child call her mother “evil” is something that makes you take a step back. The gravity of the situation is something she is paying for today and has left scars that aren’t just physical. Whether its struggling with issues of alcohol and drug abuse, racial and/or sexual identity, miscarriages, mommy issues, physical abuse, even rape, whatever you can think of, this group has them and then some.

When you force nine very different individuals to work together, and with personal issues described previously, conflicts are bound to pop up like a bad rash. The difference is how these individuals handle it later and if they respect each other the day after. James, who is supposed to be a leader Sean placed in the group, is a habitual whiner who can’t seem to get out of his own way. His major beef is with Austin, the mercurial talent who rubs James the wrong way by always thinking outside the box. Does James have issues with people who are different from him or is his jealousy taking over the realization of how effortlessly the young Austin makes things looks so easy?

Speaking of Austin, while his youthful exuberance can rub some the wrong way, his perpetual arrogance is about to cause some riffs within the group, as he claims to carry the team and mocks a song about a miscarriage because it’s not a pop song he would write that will make everyone some scratch.

When Caitlin talks to Pia about that miscarriage, she is still worried about Taz, who is struggling with her own identity, possibly to do with the rift between her mother caused by her stint in lock-up, while only being able to sing if she chases it with a shot or two of tequila. Lexi’s struggle with being away from her boyfriend and Pia still singing in her old wedding band to make ends meet seems pale by comparison.

For all the intrigue Westside develops, there are countless moments of eye-rolls that come up, organically after watching group music videos that can come across as a bad 90210 mash-up and reminiscent of American Idol-ish group sing-a-longs. Some scenes come across as staged, and even rehearsed (James having an issue with Austin bringing a band to a show case smells of a rat), while some emotions that are revealed have a plastic made-for-TV feel that the camera sometimes can’t shake.

Having Sean insert himself within the group as a singer seems questionable as well, since being the de-facto boss and leader may present creative issues with someone having the ability to tell him he needs to change his creative process. Being part of the group’s performers recalls “those who can’t do, teach,” and the situation makes one imagine if it would be a good idea to let Bill Belicheck having himself go run a route in a real game so Tom Brady can throw him a touchdown pass.

Only four-episodes of Westside were screened for critics, and like any new show (especially as creative as this one is trying to be), there are going to be bumps in the road until the show finds its groove. By the end of the fourth episode, the series hits a nice stride and seems to be finding, forgive the pun, its voice. While it has “unscripted” pitfalls, there is something to be said about the way it tries to engage the viewer in its creative process. Westside may not be a critical darling, but this is entertainment, and it left me intrigued enough to want to sit down and watch the rest of the series. I do have reservations about how the show will pivot if it eventually produces more episodes and abandons the workshop device, or if it will go with a completely new cast if future seasons are ordered.

If Netflix plays its cards right, Westside has “hit” written all over it, or at the very least, buzz-worthy word of mouth to draw more subscriptions to the streaming service. While it’s American Idol without the competition, MTV’s The Real Worldwithout the house, just don’t call it Fame without the script.