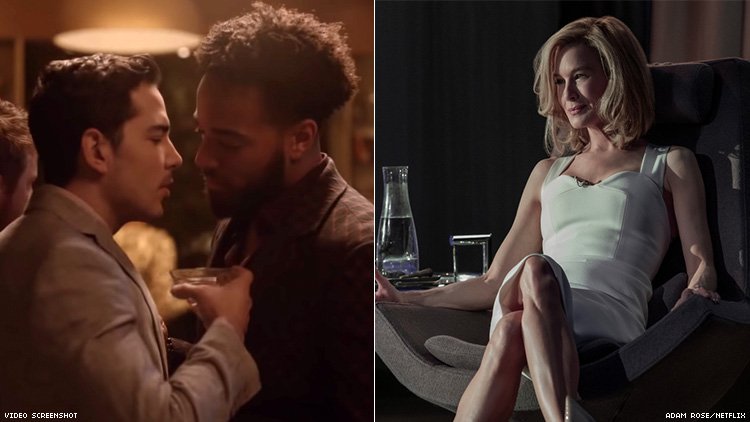 Review: Netflix anthology thriller series What/If explores “what happens when acceptable people start doing unacceptable things”.Bridget Jones star Renée Zellweger is leading the cast of the first series – but who else is starring in the show? And what story will season one tell?

What/If is a neo-noir thriller that explores “the ripple effects of what happens when acceptable people start doing unacceptable things. Each season will tackle a different morality tale inspired by culturally consequential source material, and the power of a single fateful decision to change the trajectory of an entire life.” The first season of the series is expected to follow “two struggling newlyweds who accept a powerful woman’s ethically perilous proposition to secure a badly needed financial windfall.

In her first major recurring role in a TV series, Bridget Jones star Renée Zellweger will lead the cast as mysterious benefactor Anne.

Netflix released a first-look teaser, which gives a sense of the mysterious tone of the series and shows Zellweger’s mysterious character Anne asking: “What if I made you an offer too extraordinary to refuse? For anything, and anyone, to be yours for the taking. The players are all arranged. What would you risk for a chance to have it all?”

Glancing at the images and the logline for Netfilx’s upcoming limited series What/Ifwill make you think of a lot of other properties, from Basic Instinct to Netflix’s own Gypsy with Naomi Watts. It seems like the algorithm has struck again, compiling an amalgam of familiar properties into a new one. If you’ve recently watched The Perfect Date or The Silence, you’ll recognize the trend.

What/If stars Renée Zellweger (in her first TV role), and explores the idea of “what happens when acceptable people start doing unacceptable things.” It looks very much like an ABC drama a la Scandal, but given that it’s on Netflix means that it will presumably get a lot more TV-MA …