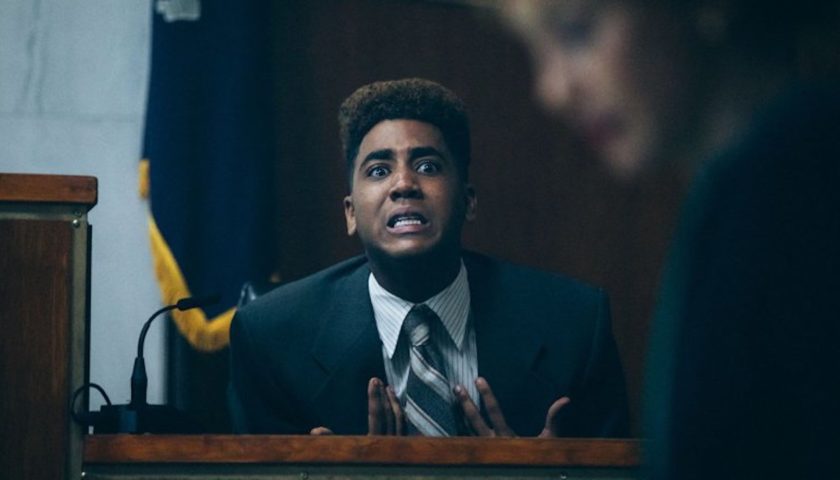 Review:  Television, lately, has had a particular fixation on the closed-ended crime story — narrative limited series that follow famous cases, using familiar figures to fulfill our desire for catharsis through justice. That makes “When They See Us,” Ava DuVernay’s new limited series about the 1989 “Central Park Five” incident and its legal repercussions, part of a wave that includes shows as disparate as “Dirty John,” “Escape at Dannemora,” and “The Act,” all of which thrive on the promise of eventual vindication.

Yet this show stands apart. “When They See Us” can’t be included in the true-crime genre, in part because DuVernay’s direction is fueled foremost by mercy, not vengeance. DuVernay (who also co-wrote all four installments) walks us through the stories of poorly-understood men with a careful eye on the grinding wheels of justice but with an understanding, too, that the system is often destined to fail the most vulnerable. Retaining control of a rapidly beating heart (if at times only narrowly), “When They See Us” immerses viewers in a tale with none of the gaudy fun that true crime often offers. It’s an achievement and, given its pride of place on a streaming service despite its difficult subject matter, a worthy use of its director’s star power..

The story is told, earliest on, with an innocent lyricism whose fleetingness is the point. We briefly meet young teens as they prepare for an evening’s casual fun, streaming into a crowd that subsumes them as it rolls toward the park. The spell is broken within 10 minutes, as police ensnare these boys for crimes they hadn’t had the capacity to fathom moments before. Frantically attempting to resolve the gruesome rape and assault of a female jogger in the park, the police go after those whom they see, or whom they see as suspects. The melee finds sweet-natured Kevin (Asante Blackk) getting his face bashed by a police helmet — marking this series’ willingness to push past viewer comfort into the meanness of visceral truth.

Soon, a more insidious form of violence bleeds through the story. Linda Fairstein (Felicity Huffman), head of sex crimes in the Manhattan D.A. office, refers to the five boys in custody as “animals” incessantly, speciously claiming that they were “on a rampage.” The attitude of desperate declinism among New Yorkers in the late 1980s has been well-documented, including by Joan Didion, who presciently identified that these young men were being used as scapegoats to resolve a narrative wealthy white people had invented. Here, we see that narrative’s human toll, as Fairstein, her voice animated by the passion only available to those telling themselves a story, entreats her boss (Len Cariou), “We are not in control! And we can be.”

Control of crime requires control of people. And the five boys, here, are placed in a vise, first squeezing them for false confessions and then into the mold Fairstein’s narrative demands. The second episode begins with audio of various voices describing the ills of the city, culminating in a tabloid editorial imputing motives of hatred and vengeance to people we know have no such matters on their minds. “When They See Us” has bold social goals, but it’s elegantly able to go small, as when the father of one of the teens (Michael K. Williams, a standout in a crowded cast) urges his son (Caleel Harris) to lie in order to give the police what they want, not realizing the goal is punishment above all else. Once in prison, the boys are further constrained; after, they struggle against the marks on their record keeping them from functional lives, and the darknesses etched on their memory.

At times — as when depicting Fairstein’s raucous animus, or Donald Trump’s advocacy to have the five boys executed, or the violence that Korey (“Moonlight’s” Jharrel Jerome, exceptional) endures in prison — the balance here seems precarious, as though the show is so responsive to injustice that it’s becoming agitprop. The approach is proportional to the offenses suffered, but DuVernay finds other ways through. By grace of storytelling or of humanity, “When They See Us” perpetually rights itself, giving us glimpses of the incarcerated quintet, now men, glancingly reconnecting to family — as in Korey’s challenging, ever-evolving relationship with his mother (an award-worthy Niecy Nash) — and maintaining belief in their innocence.

The Central Park Five were unable to escape their casting in a plot in which they didn’t belong. (Their case against the city was settled in 2014, a quarter-century after the night in the park.) And “When They See Us” corrects the record, even as it is not naive enough to believe redress was possible. At series’ end, onscreen titles inform us four of the five have left New York. One thinks, first: Who could blame them? And then: Where, apart from in a work so explicitly designed to depict them as people and not just vectors in an ongoing drama of race and justice, could they ever feel safe again?