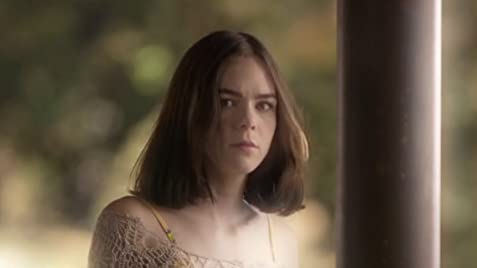 Who Killed Sara?, the new Netflix Mexico original, is an incredibly fast-paced crime thriller that centers around the Lazcano family and Alex Guzmán, played by Manolo Cardona. The show shares similar themes to Monarca and La Casa de Flores, as all three heavily focus on the chaos that surrounds wealthy Mexican families. However, Who Killed Sara? differs from the other two because it’s a crime thriller, and the protagonist isn’t part of the wealthy family the show centers on.

Following the murder of his sister Sara, Alex Guzmán has been wrongfully imprisoned for 18 years. After pleading guilty because he was told he would spend a week or two in jail, Alex wants revenge on the Lazcano family.

The Lazcano’s are a wealthy family that have known the Guzmán’s for years. The family consists of Cesar (Ginés García Millán), the homophobic and aggressive patriarch, Mariana (Claudia Ramírez), a stubborn and somewhat supportive mother, Rodolfo (Alejandro Nones), the eldest brother who was dating Sara at the time of her death, Chema (Eugenio Siller), the gay middle child who experiences lots of conflict due to his sexuality, and Elisa (Carolina Miranda), the baby of the family who’s been studying in America.

We see in flashbacks that when Sara died, the Guzmán siblings were vacationing with the Lazcano’s at their lake house. Sara, Alex, the Lazcano brothers, and Mariana’s assistant Elroy were all on a boat, drinking, playing music, and having a good time. As seen in the trailer, there’s parasailing gear on the boat, and Sara ends up going first. As she drifts higher into the sky, we see that her harness has been severely tampered with. Sara calls for help, but she is misheard and the boat speeds up. Ultimately, her harness breaks and she falls. While she is rushed to the hospital, she doesn’t make it.

Right off the bat, the show doesn’t hide that, somehow, the Lazcano’s are responsible for Sara’s death. Alex knows this because he’s been spending his time in prison studying the case and the Lazcanos. So it initially feels like less of a “who did it” and more of a “why.” However, a mysterious private caller who goes by “Diana the Hunter” throws a wrench in this when they force Alex to realize not all the Lazcano’s are guilty, and some of them had no clue that Sara’s harness was tampered with.

Elisa is a prime example of this. She was a child when Sara died, and she has spent the last few years studying in America. When Alex is released from prison and begins to put pressure on the family, she has no idea what’s going on. Elisa is a bright spot in the show. She yearns for the truth, and after getting to know Alex, she wants to help him.

Alex sows doubts among the family members, causing them to implode. The show is definitely at its best when the Lazcano’s are together. They all have a complicated dynamic that stands firm at the center of the show. Even as they begin to crumble, they’re captivating. It leaves you wondering who’s lying and why. There’s just something so fascinating about watching this family reluctantly disintegrate.

The main thing that falls flat in Who Killed Sara? is the pacing. With only four episodes this season, plot and character development don’t necessarily match up. While the storyline can feel a little heavy on exposition, it’s tightly woven and fast paced, full of shootouts, mysterious callers, and car chases. But it’s a little hard to connect with the characters, as vulnerability and contempt go hand and hand. It’s hard to sympathize with most of the characters because we tend to see them at their worst, and the fast plot can sometimes prevent vulnerable moments from getting the attention they deserve.